The Vinca Institute of Nuclear Sciences, located 9 miles from Belgrade, is Yugoslavia’s oldest nuclear research institute. Established in 1948 as the Institute of Research on the Structure of Matter, its efforts supposedly included an attempt to build a Yugoslav nuclear bomb. For almost 45 years, it collected Yugoslavia’s and Serbia’s radioactive waste.

More than 1,200 sealed radioactive sources are currently stored at two separate facilities at Vinca–including low- and intermediate-level wastes, transuranic wastes, depleted uranium, and other materials. The exact inventory isn’t available because of poor record keeping. Vinca also houses about 2.5 tons of spent nuclear fuel from the institute’s heavy water-moderated research reactor, which operated from 1960 until 1984.

A temporary storage facility inside the reactor building ended up as the country’s long-term storage site for spent nuclear fuel. Fuel elements, about 17 percent of which contain highly enriched uranium (HEU), are stored mostly in water-filled aluminum barrels and steel containers. About 176 pounds of irradiated fuel is kept inside the reactor itself. The lack of water circulation and chemical controls has damaged up to 30 percent of the fuel elements, allowing radioactive cesium 137 to leak into the water of the storage pool.1 Further leakages and physical degradation of the storage facilities could lead to a release of radiation into the environment, endangering Vinca employees as well as the surrounding countryside.

Serbian scientists first drew international attention to Vinca in 1995, when they made a surprise appearance at an International Atomic Energy Agency (IAEA) seminar and delivered a presentation on the dangerous condition of spent fuel stored at the institute.2 To deal with the situation, Serbian and international experts drafted a proposal to manage and secure the spent nuclear fuel and radioactive waste stored at the site.

Along with basic safety concerns, more than 100 pounds of unsecured fresh 80-percent HEU fuel presented a serious proliferation concern. After several months of complicated negotiations between Serbia, the United States, Russia, and the IAEA, the fresh HEU fuel was repatriated to Russia in 2002. In turn, the Serbian government wanted the international community’s help in dealing with the spent fuel and radioactive waste at Vinca. The effort to clean up the site constitutes the IAEA’s largest technical cooperation program in terms of required funding, for which the Nuclear Threat Initiative (NTI) provided $5 million and the U.S. government another $3 million.

In April, the European Commission (EC) agreed to provide $8.63 million for the implementation of the Vinca Institute Nuclear Decommissioning Program, which the Serbian government and IAEA are carrying out with support from the United States, Russia, EC, NTI and other partners. The program, consists of three projects: removal and reprocessing of spent nuclear fuel; improved management of radioactive waste stored on site at Vinca; and decommissioning of the research reactor. The target completion date is 2015, while spent fuel repatriation to Russia should be completed by 2011. Still, more funding is required to guarantee full implementation of the program.

Removing the spent fuel is the most expensive and complex project within the decommissioning program. In September 2006, Vinca and the IAEA contracted a Russian consortium of the Sosny Research and Development Company, Tekhsnabeksport, and Mayak Production Association to repackage the fuel and prepare it for transportation back to Russia.3 This work is currently underway, as are multilateral negotiations on the fuel’s route. The most direct route, through Ukraine, hasn’t yet been approved by Kiev, so Serbia, the United States, Russia, Hungary, Slovenia, Romania, and the IAEA have discussed alternative routes. When the shipment from Vinca does take place, it will be the largest spent fuel repatriation to Russia to date.

According to an email correspondence with John Kelly, the IAEA’s special program manager for the project, the 2.5 tons of spent fuel currently stored at Vinca represents a low proliferation threat compared to the fresh HEU fuel that was removed in 2002. But according to a Nonproliferation Review article by Philipp Bleek, a nonresident fellow at the Center for a New American Security, most of the plutonium contained in the spent fuel at Vinca is actually plutonium 239, useful for making nuclear weapons.

That said, extracting the plutonium from this fuel would pose significant technological challenges, especially if such an effort were undertaken by a terrorist group without state support.

Nevertheless, fuel degradation and corrosion do pose a serious environmental risk and significantly complicate the task of removing and transporting fuel elements. Further challenges at this phase stem from the site’s old and inadequate infrastructure, making it necessary to conduct updates and modifications to meet the project’s technical requirements. For example, carbon steel components of the storage pool needed to be removed to both expand the available space for future fuel repackaging and to minimize their contribution to the pool’s corrosion and sludge buildup.4

Other necessary upgrades include the installation of water chemistry control systems and radiation and explosive gas monitoring equipment to protect those involved in fuel removal operations. During 2007, Sosny Research and Development Company and Vinca staff designed a proposal for infrastructure modifications–along with the overall concept of fuel repackaging and removal–and submitted it to the Serbian Nuclear Regulatory Authority.5 With the latest injection of EC funds for these modifications, the project can now move further toward completion.

Since the condition of the temporary structures at the site is inadequate for long-term waste storage, a second part of the remediation project is to build a large storage building, as well as a waste-processing facility. The construction of a new storage facility was initially planned to be completed in 2007, but it didn’t commence [in Serbian] until November 2007 because of changes in the Serbian government. According to Kelly, the new facility was “more than 50 percent completed as of June 2008.”

Work on the waste-processing facility is also progressing with both facilities expected to be fully operational by early 2009. The Serbian government, NTI, the U.S. National Nuclear Security Administration–along with other donors–financed the construction. But additional funding is still necessary for the retrieval and conditioning of wastes stored at existing buildings.

The Soviet-designed heavy water-moderated research reactor at Vinca, jointly built by the Soviet Union and Yugoslavia, went critical in December 1959. It initially operated on 2-percent low-enriched uranium (LEU) fuel, but switched to 80-percent HEU fuel in 1976. All of the fuel was supplied by the Soviet Union. The reactor was temporally shut down in 1984 for reconstruction, but the project never materialized. The Serbian government decided to decommission and dismantle the reactor in 2002.

It’s estimated that the decommissioning will take 10 years; dismantlement of the reactor components won’t begin before the spent fuel has been removed from the site. According to the December 2006 issue of the IAEA’s Fuel Cycle and Waste Newsletter, the cost of decommissioning the reactor and waste storage facilities is estimated at $60 million. In a 2007 report on the progress of spent fuel repatriation, the project team stated that “[f]unding does not currently exist for decommissioning and dismantlement” of the reactor facilities.6 But the Institute and IAEA are working on dividing the project into smaller parts, each of which could be then funded by different donors.

For decades, the Yugoslav government provided significant support for nuclear research and education–with Vinca its premier training center–providing the country with a cadre of well-trained nuclear scientists. But that dynamic changed in the 1990s when the Balkan War, economic crisis, and international sanctions left nuclear research in the country unfunded and languishing.7 The situation started to improve by 2000, but, Kelly noted, since the senior experts had to train new scientists, the learning curve has been steep.

To ensure the sustainability of the cleanup program, the IAEA has created a training component as part of its efforts. It’s also working to create a fellowship program for graduate students in Serbia who would assist in the implementation of the cleanup over the next few years.

Limited nuclear regulations in Serbia further complicates matters, sometimes causing delays in obtaining the necessary permits and licenses for program implementation–evidenced by the delayed construction of the waste storage facility. It should be noted, however, that the Serbian government is by far the single largest financial contributor to the cleanup efforts, providing $13.7 million.

Because projects within the cleanup are interdependent, any work stoppage will cause delays throughout the rest of the program. Therefore, the most important task today is to complete the spent nuclear fuel repatriation by 2011, the designated deadline. It will cost another $25 million more to do so, making funding the crucial component to securing the dangerous nuclear materials at Vinca. 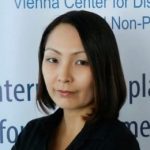 Gaukhar Mukhatzhanova is the director of the International Organizations and Non-Proliferation Program at the James Martin Center for... Read More

The Christmas carol and the Cuban Missile Crisis

By Reba A. Wissner