Little can happen in this world without economic support. So it follows that little will happen in the climate realm until the international financial architecture is revamped to drive positive climate change responses, including increased energy efficiency and robust renewable energy programs.

Of course, historically, concerted efforts to remold the international order are infrequent. The 1884 Berlin Conference, which divided the world into purviews of the chief colonial powers, and the 1919 post-World War I Paris Summit, during which the League of Nations was born, are two lesser attempts. A much more significant attempt took place in 1944, when Western delegates gathered in Bretton Woods, New Hampshire, to map out a new economic order. Guided by the able hand of John Maynard Keynes and intent on revolutionizing global diplomacy and finance, the delegates established three monetary rules: (1) allow for the free trade in goods; (2) permit fixed exchange rates; and (3) establish constraints on the international flow of capital. These principles led to the establishment of the World Bank, International Monetary Fund, and what became the World Trade Organization. Lest we forget, the United Nations also was born in this post-war period.

In hindsight, Keynes had another idea that would have made responding to climate change today less difficult. To equalize the economies of rich and poor nations, he proposed that funds from nations with trade surpluses would be confiscated by an international bank (or clearing house) and transferred to poorer nations whose goods had been exported at low prices. Nations with a surplus therefore would have a powerful incentive to get rid of it, automatically clearing other nations’ deficits.

There was a bit more to it, but the end result would have been to adequately compensate resource-rich, economically impoverished nations for the extraction of their cheap goods made with cheap labor. Applied to the current global situation, this equitable development would have provided a much more effective framework for adapting to and mitigating climate change. Unfortunately, the U.S. delegation rejected this proposal since it was seen as a threat to emerging U.S. hegemony.

In 1971, President Richard Nixon–with inflationary pressure from Vietnam War-era spending–cast aside Bretton Woods rules anchoring exchange rates and constraining the transfers of capital. The bobbing exchange rates and freely floating currencies subsequently unleashed decades of inflationary waves, insurmountable debts, and surges of speculation. Ultimately, the collapse of the Bretton Woods agreements and the rising mantras of the “Washington consensus”–deregulation, liberalization, privatization–led to the 2008 economic spiral and today’s weakened global financial institutions. It’s clear that the eviscerated set of old rules is inadequate for the enormous challenges we now face.

So what can be done to prepare for a perilous climate future that grows ever closer each day?

First, the good news: Given the dire situation we’re in, there may not be a better opportunity than the present to revamp today’s global institutional structures to ensure that they enhance economic management, equalize the wealth of nations, and adequately address climate change. As countries reexamine how to regulate financial institutions and expand the funding base of lending institutions such as the International Monetary Fund, there also is an opening to realign the rules, rewards, and institutions in order to stabilize the global economy, underpin sustainable development, and build a foundation for climate adaptation and mitigation strategies. In fact, the upcoming international climate negotiations in Copenhagen provide an opportune venue for crafting a suite of incentives (largely financial), rules and performance standards, and new or retooled international financial institutions–in short, a financial architecture appropriate to the new global challenges.

They could proceed as such:

Incentives and funds. First, perverse subsidies–namely those that encourage deforestation and the extraction, mining, refining, and combustion of coal and oil–must be eliminated, an idea that surfaced at the September G-20 meeting in Pittsburgh. Subsidies and tax incentives can be shifted to stimulate producers and consumers of clean energy and energy-efficient technologies. New enterprises for solar, wind, and smart technologies continue to need incentives and innovative financing to defray (and amortize) the high up-front, but low operating costs.

Of course, incentives must be backed by capital–a key component that’s grossly inadequate in the Kyoto Protocol and the proposed Copenhagen agreements, as well as the Convention on Biological Diversity. Funds were a pivotal measure for adopting the 1987 Montreal Protocol to phase out stratospheric ozone-depleting chemicals. A similar type of support therefore must be established with the goals of: (1) building resilient communities and nations that can adapt to climate change; (2) allowing for the transfer and widespread manufacture of climate-stabilizing technologies; and (3) reducing emissions from deforestation and degradation (commonly referred to as REDD).

Where would such funds come from? Some have suggested taxes on carbon, airline traffic, and the internet. Another proposal is a tax on currency transactions–specifically known as the Tobin Tax–which would generate significant funds while also stabilizing finances by constraining the rapid, speculative transfers of capital that leads to political destabilization and continued environmental degradation.

Opponents of taxation would do well to review the 2005 Stern Review of the Economics of Climate Change report, which suggests that although an annual investment of $350 billion in the initial phases of a “green” transition is necessary, the damages done by a changing climate could range from $1.75 trillion (reflecting direct health, ecological, and infrastructural impacts) to $7 trillion (reflecting the potential for nonlinear impacts, such as collapse of coral reefs, large-scale forest diebacks, and widespread crop losses). In an October 2009 report the International Energy Agency projected that $500 billion a year was needed for 20 years–a reasonable investment in our common future.

Among the most damaging consequences that resulted from abandoning the agreements struck at Bretton Woods is the amount of debt developing countries have accrued in recent decades. In the 1970s, gold prices jumped 20-fold, while oil–the basis for all other costs–rose 10-fold, sending nations hat-in-hand to the World Bank for loans to run their economies. Debtor countries remain subservient to those with wealth and resources. Furthermore, they’re bound to environmentally destructive practices that include land clearing and deforestation, export-driven agricultural monocroppping, and mineral and fossil fuel extraction in order to make ends meet. Given the low prices received for their resources, however, they never do.

To jump-start and sustain healthy development, regulations must be implemented that allow the unpayable mountain of external debts in the developing world to be cancelled–a type of compensation for past trade inequities, wealth extraction, and bearing the brunt of the past, current, and future impacts of climate change. And this would be just a first step. A more pressing need is to revise the terms of trade–the differences between prices poor nations receive for their exports (e.g., food) and the prices they pay for imports (e.g., tractors)–in order to equally distribute wealth, undoubtedly the most challenging issue. Moreover, by balancing trade inequities, developing states will be able to maintain purchasing power, which in turn will strengthen global markets. Without this equalization, debts will rapidly re-accumulate. And while most developing nations have contributed little to the climate “problem,” they can be part of the “solution” by buying and making climate-friendly technologies if given adequate purchasing power and funds.

Re-introduction of constraints on capital flows is also needed. (Adam Smith thought such measures were necessary.) In October, Brazil imposed a 2 percent tax on short-term capital inflows aimed at avoiding bubbles, and the IMF has not opposed the move. The Tobin Tax would achieve this goal on a global basis.

Specific regulations also are needed to drive the clean energy transformation–essential to combating climate change. A progressive efficiency standard (e.g., decreasing carbon emissions per GDP by an additional 5 percent per year) could complement a cap-and-trade or carbon tax. The results would be measurable, reportable, and verifiable and would address equity issues by avoiding the quandary of calculating emissions per nation vs. per capita and by encouraging development with increasing efficiency. (Note that cap-and-trade programs can be within nations or among them; the latter comes with enormous obstacles and potential loopholes, such as large carbon offsets.)

Institutions. Currently absent from the deliberations leading up to Copenhagen is a frank conversation about the need for an institution to enhance global climate governance. In terms of financial support, some would turn to the World Bank. But the World Bank makes loans, not grants. Others look to the Global Environmental Facility–which was established in 1992 and collaborates with the United Nations Development Programme and United Nations Environment Programme to provide small climate-focused grants–to provide guidelines for the type of institution needed for enhanced global governance. Though the Global Environmental Facility does not have the financial backing to support large-scale global climate initiatives, it does offer a promising model for such an institution.

To be effective, a global governance institution intended to support climate adaptation and mitigation also will have to absorb the functions of the World Trade Organization, forging new rules of trade and performance standards, along with the administration of funds and enforcement mechanisms to redirect development toward sustainable projects, practices, programs, and policies. In this regard, it would behoove planners to revisit Keynes’s proposal for an international clearing house to balance the global economy. Even if the world may not yet be ready for this in 2009, increasing climate variability, more punishing outlier weather extremes, and greater evidence that amplifying feedback mechanisms are occurring (e.g., methane release from thawing tundra; declining albedo) may, over the coming decade, make such idealistic propositions a matter of necessity.

Regardless of whether a current or new institution assumes the lead on climate rules, regulations, and incentives, in the near future the structure of the institution, the means for raising global funds to sustain the global commons, the manner in which the funds are allocated, and the administration of the rules of engagement will all need to be outlined and put into practice. Given the role of the United Nations as a standard bearer of the major international treaties on environment and development, a strengthened United Nations must be central to the new global compact.

No past generation has had to plan for the subsequent 100 years. While the recent economic collapse and hope for recovery based on clean energy, energy efficiency, and green technologies may not provide the impetus for the global transformation needed, we are in a “teachable” moment for redefining a framework for international stability and security. Ultimately, this will require constructing a new economic order with a resilient regulatory, institutional, and financial framework–including a “Bretton Woods II” process. But unlike in 1944, governments, corporations, scientists, nongovernmental organizations, and civil society must participate. The result should be a financial architecture that will drive, constrain, and sustain healthy, ecologically sound, and equitable climate adaptation and mitigation schemes, and the preservation of Earth’s life-support systems.

Epstein, is associate director of the Center for Health and the Global Environment at Harvard Medical School and is a medical doctor trained in... Read More

Earth to CNN: No, a nuclear-powered superyacht won’t save the world 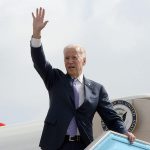 Biden should guide missile defense his own way