The unbearable ambiguity of knowing: Making sense of Fukushima

Since March 11 we have heard, seen, and read analyses from countless experts on what is going on at the crippled Fukushima Daiichi plant. That these accounts have often been contradictory is hardly surprising, given the volatile state of affairs, and the different perspectives from which experts view the situation. In a rapidly developing emergency, we expect to see assessments that diverge and evolve quickly. Our lives are chock full of ambiguities, and we live with most of them quite comfortably. Not with this one.

Like the Japanese people sealed in their homes near the plant, or waiting for a bowl of hot soup in a school gymnasium, we have to make sense of this situation. Commentators increasingly bemoan a lack of transparency, and complain that the data the Tokyo Electric Power Company (Tepco) and the Japanese government are providing is insufficient, unsystematic, and even inaccurate. Spokespeople for the utility and the government, in turn, justify their reservations about releasing information with reminders of the need to verify the accuracy of the data, and to avoid panic.

More information is certainly desirable, and transparency is even better, but we should not expect that more, or even better, data will make all ambiguities disappear. The problem is that there may not be “correct” information or “objective” data. An accident of this scale exposes the underlying processes of knowledge generation: How are facts produced? What makes measurements reliable? Who interprets the data? And how do assumptions about the intended audience shape this knowledge? Whether information counts as “accurate” is determined not only by facts, but also by the frame of reference: A nuclear engineer might use the available data to assess the integrity of the reactor and its containment; a marine biologist might assess how radiation affects fish and what this means for the food chain; a sociologist might look at the impact of the tsunami and the radiation spills on the fishing industry; and a historian might trace public ambivalence toward nuclear energy all the way back to Hiroshima. These different kinds of expertise are all legitimate; they all produce “correct” information; and they are all infuriatingly limited.

So what do the cryptic statements about the ongoing situation made by solemn men in blue overalls really mean? First there were the nuclear scientists and engineers, who explained the reactor design to us. It didn’t take long before we learned that dozens of the same boiling-water-type reactors operate in the United States, and that there had been concerns about specific features of this design since the 1970s. Then came the policy analysts who invoked the expertise of the International Atomic Energy Agency (IAEA) and the looming threat of global climate change to predict that the accident would merely be a bump in the road to our nuclear future. We already knew that the IAEA didn’t really have any authority over nuclear safety, but it took about two weeks until we learned that the “nuclear renaissance” was losing its glow as several nations in Asia and Europe decelerated their nuclear ambitions. Next emerged the medical experts, who seemed to be sincerely concerned about not just the deposition of long-lived radioactive isotopes in the environment, but also the very real consequences of fear. Seriously, was global television the only way to communicate to hundreds of thousands of Japanese trapped within 50 miles of Fukushima that they likely were not safe, despite the assurances of their government?

We might have expected that, two or three weeks into this disaster, the next voices we would hear might finally provide some synthesis and analysis, however preliminary, of all these different perspectives. Although there are pockets (such as this website) where this is in fact beginning to happen, the world’s attention has shifted back to other themes. And in a surprising twist, some Western analysts have opined that explaining the technical and medical dimensions of this disaster should best be left to technical experts: scientists, engineers, and medical doctors. No doubt, this is a well-intentioned effort to identify the real experts and to determine which sources of information are truly reliable. But under uncertain and unparalleled conditions the best available data are likely to change fast, and what constitutes relevant expertise can be tricky to determine even under normal circumstances. More important, technical choices and social impacts can never be neatly separated, and while we absolutely need more and better numbers, social scientists and policy analysts must not leave it to technical experts to interpret what these numbers actually mean.

We need to acknowledge ambiguity and seek a diversity of interpretation, while challenging the idea that the public is credulous and prone to panic. Bombarded with a cacophony of expertise, we still do not understand where we really stand — and neither does Tepco, the Japanese government, or the IAEA (but nobody worries about them breaking out in a panic once they have “all the information”).

A situation involving multiple, simultaneous core meltdowns is unprecedented and almost by definition unpredictable. In addition to technical explanations and effective management, Fukushima calls for broad social engagement, not expert demarcation. Disciplinary expertise alone cannot provide what we will need most in the weeks and months to come: human imagination, intellectual creativity, and yes, heroic courage.

Editor’s note: The author’s article “When safe enough is not good enough: Organizing safety at Chernobyl” is published in the current issue of the Bulletin’s digital journal. 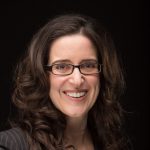 Sonja D. Schmid is associate professor of Science, Technology, and Society (STS) at Virginia Tech. Her research focuses on the history of nuclear... Read More

The Christmas carol and the Cuban Missile Crisis

By Reba A. Wissner