This month Turkey and Japan agreed to begin exclusive negotiations on constructing four nuclear power reactors at Sinop on the Black Sea. The deal marks the start of Turkey's second nuclear power project, after it reached a similar deal three years ago with a Russian consortium to construct four reactors at Akkuyu near the Mediterranean.

When Turkey decided in 2008 to move ahead with plans at Akkuyu, it stoked fears of nuclear proliferation in the region. In fact, though, Turkey appears to have neither the capability nor the desire to develop nuclear weapons. Nonetheless, the speed and tight budget with which it has been pursuing nuclear power pose risks. As Ankara seeks to build up an expensive new industry with limited funds, safety could be compromised, while weak regulations and export controls mean that nuclear materials could escape supervision.

Peaceful purposes. Far from being bellicose in intent, Turkey's nuclear program is a natural outgrowth of its energy needs and a desire to move away from reliance on foreign suppliers. Despite having identified Iran's ballistic missile and nuclear program as a threat in the 1990s, Turkey has not pursued its own nuclear weapons capability. Instead it has adopted a dual-pronged defense against the spread of weapons of mass destruction (WMD) in the region, one that rests on promoting international nonproliferation norms while also developing non-nuclear weapons. Turkey plans to develop missile defenses, cruise missiles, and drones to counter threats from ballistic missile and WMD emanating from the Middle East. These plans are underpinned, of course, by US and NATO guarantees to assist if Turkey faces a nuclear or chemical-weapons threat.

Ankara's nuclear weapons policies are independent from its civil nuclear efforts. It has had plans to establish a nuclear energy program since the 1960s. In fact, prior to the Russian deal, it had made five unsuccessful attempts to jump-start a program. Financing has been the biggest challenge: The estimated cost of construction in a "new nuclear state" ranges from $2 billion to $9 billion for each 1,000-megawatt plant.

Foreign financing. In contrast to some new nuclear states — like the United Arab Emirates, which has ample financial resources — Turkey until recently refused to cover any reactor-building costs with treasury guarantees, under which a government commits to making up the difference if revenue falls short. Instead, it insisted that the foreign company bidding on a tender commit to financing the total cost of construction. This model was designed to avoid incurring any public debt.

Beginning in 1984, Ankara had asked that the foreign bidder pay for the cost of construction and recoup expenses from guaranteed electricity sales fixed at artificially low rates for 15 years. After recouping expenses, the foreign firm was then expected to transfer the reactor to a Turkish firm, in exchange for a percentage of future profits. While some foreign suppliers initially agreed to this arrangement, Ankara's insistence on 100 percent foreign financing prevented the conclusion of any deal.

In the mid-1990s, Ankara replaced its build-operate-transfer financing scheme — which hadn't led to any significant investments in the electricity sector — with a new arrangement dubbed build-operate-own (BOO). The BOO model still demands that the foreign bidder finance the cost of construction and recoup costs from guaranteed electricity sales, but Turkey dropped its demand that the firm transfer the reactor to Turkish owners. Ankara still wouldn't give treasury guarantees, though, and so continued to struggle to find nuclear suppliers among major Western and Asian companies.

Eventually, though, Turkey attracted the Russians, and in May 2010 concluded a $20 billion BOO arrangement with a consortium led by Rosatom, the state-owned nuclear company. Rosatom agreed to go ahead with construction without receiving financial guarantees from Ankara.

Turkey's governing Justice and Development Party (AKP) has gone to great rhetorical lengths to convince voters that the nation must develop nuclear energy, or otherwise face a future marked by power outages and energy dependence. The Russian agreement, however, exposed the AKP to a political backlash. Russia is Turkey's primary supplier of natural gas, and many Turks have wondered whether the AKP was simply shifting from natural gas to enriched uranium — while remaining as dependent as ever, if not even more so, on Russia.

Perhaps unsurprisingly, Ankara avoided granting Russia a second deal when it issued its latest nuclear tender. However, it was difficult for Turkey to entice the most reliable nuclear suppliers without altering its financing demands. Faced with a choice between revising its policy and partnering with an unproven supplier like China for older reactor designs, Turkey's leadership opted for the former path.

That was enough to bring the Japanese to the table in the $22 billion deal struck this month. Under the agreement, Japan's Mitsubishi and Itochu, together with France's GDF Suez, will build and operate four Atmea1 1100-megawatt pressurized water reactors at Sinop. This time, Ankara agreed to back the project with a substantial minority stake. The initial terms of the agreement call for EUAS, Turkey's state-owned electricity utility, to take a 49 percent stake, although Turkey has expressed interest in selling up to half of that in a public offering. In return, Japan and Turkey agreed to sell the power produced in the reactors for $11.80 to the state-owned Turkish Electricity Trading and Contracting Company (TETAS) — a price even lower than the Russian plant at Akkuyu will charge.

Speed over safety? Neither the Japanese-French nor the Russian reactors pose a significant proliferation risk. For one thing, Ankara has agreed to abide by the tough inspections called for under the International Atomic Energy Agency's (IAEA) Additional Protocol. It has also concluded a fuel guarantee and take-back arrangement with Rosatom, under which the company takes back spent fuel, a fissile material that could theoretically be diverted for non-peaceful uses. Turkey will likely negotiate a similar arrangement with a member of the Japanese-French consortium. Moreover, the fact that both plants will be foreign-owned and foreign-operated decreases the likelihood that any Turkish official will seek to divert material or technology for a weapons program.

However, the AKP's rush to develop nuclear power as quickly and cheaply as possible could pose a number of safety and security risks.

The BOO model has never been used for a nuclear power reactor. With the plants being operated by foreign companies, Turkish officials will have to find a way to ensure that suppliers do not cut corners to keep costs low.

Turkish Prime Minister Recep Tayyip Erdogan is eager to have at least one reactor each from the Japanese-French and Russian projects online before the 2023 Turkish centennial. The IAEA, however, recommends that new nuclear states take 10 to 15 years to bring their first reactor online. Erdogan's 10-year vision may be unrealistic or unsafe.

With both projects likely to suffer delays, it is important that politics not trump safety, but there's a serious risk that they could. Ever since the disaster in 2011 at the Fukushima Daiichi Nuclear Power Station, the IAEA has recommended that a country's regulatory authority be separate from the body that promotes nuclear energy, in order to prevent a conflict of interest between commercial and safety considerations. But the Turkish Atomic Energy Authority is tasked with promoting nuclear energy along with inspecting nuclear facilities and issuing site licenses. Moreover, the prime minister's office has substantial sway over the authority's decision-making, selecting its leadership and allocating funds. This raises uncomfortable questions about political interference in the project, for example by pushing for speed over safety.

While the planned reactors do not pose a significant proliferation risk, the combination of weak export controls and an increased presence of nuclear materials and related technologies could lead to dangers. Turkish companies were among the many international suppliers to A.Q. Kahn's black-market nuclear smuggling ring. Moreover, according to recent indictments in Turkey, Europe, and the United States, nuclear materials have been transshipped via Turkey to Iran. Iranian nationals have established front companies in Turkey to trans-ship technologies critical to Iranian nuclear and ballistic missile programs. Ankara realizes its vulnerabilities, but has yet to pass legislation first proposed in 2008 that would close loopholes and harmonize Turkey's export control laws with those in the European Union.

Turkey has pledged to work closely with the IAEA to ensure safe construction and strict quality controls. Amid its decades-old quest for nuclear power, though, it has failed to develop the necessary laws and regulatory framework with the same eagerness. Such oversight is essential for safety and security.

Ankara should know that there are no painless shortcuts for developing nuclear energy, and make sure that it is building the safest and most reliable nuclear-energy program possible.

Stein is a doctoral candidate at King's College, London, and a researcher specializing in nuclear proliferation in the Middle East at the... Read More 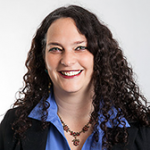