Public health officials in America are trying to manage two serious threats right now. One is Ebola, the virus that causes horrible deaths from vomiting, diarrhea, and hemorrhagic bleeding in more than half the people it infects, and against which there is no protective vaccine. The other is fear. In the United States, between the two, fear is the far greater threat.

It spreads much more readily than the virus. It is just as hard, or harder, to treat. The vaccine against it, information, is at best only partly effective. And while the number of people likely to get or die from Ebola in the United States will almost certainly be tiny, tens of millions of Americans are already victims in an epidemic of fear that is sure to contribute to sickness and death among many.

A small number may be hurt, or die, because they choose to drive rather than fly—the statistically safer means of travel—increasing their risk out of fear of sitting near someone who may have Ebola, like the infected nurse who flew from Cleveland to Dallas. A few may be hurt, or die, because they go to hospitals or doctors’ offices seeking medical attention for what they fear might be Ebola, and expose themselves to the range of truly communicable infectious diseases present in health facilities. But the vast majority of those who will be harmed in this epidemic will suffer directly from the serious health impacts of fear itself.

Worry about Ebola (or anything) manifests physically as what’s known as a fight, flight, or freeze response. Biological systems ramp up or down to focus the body’s resources on the threat at hand. Heart rate and blood pressure increase, immune function is suppressed (after an initial burst), brain chemistry changes, and the normal functioning of the digestive system is interrupted, among other effects. Like fear itself, these changes are protective in the short term. But when they persist, the changes prompted by chronic stress—defined as stress beyond the normal hassles of life, lasting at least one to two weeks—are associated with increased risk of cardiovascular disease (the leading cause of death in America); increased likelihood and severity of clinical depression (suicide is the 10th leading cause of death in America); depressed memory formation and recall; impaired fertility; reduced bone growth; and gastrointestinal disorders.

Perhaps most insidious of all, by suppressing our immune systems, chronic stress makes us more likely to catch infectious diseases, or suffer more—or die—from diseases that a healthy immune system would be better able to control. The fear of Ebola may well have an impact on the breadth and severity of how many people get sick, or die, from influenza this flu season. (The CDC reports that, either directly or indirectly, influenza kills between 3,000 and 49,000 people per year.)

In addition to these direct threats to our health there are the massive social and economic costs that arise from widespread public fear. They include losses in workplace productivity and consumer spending, increased health care costs, disruptions of education (already seen with school closures in Dallas and Cleveland), and cancellations of a wide range of professional and public events, such as a scheduled speech at Case Western Reserve University that was called off because the speaker had recently been in West Africa. Fear also changes how people interact with each other, and already appears to be causing some stigmatization of people from West Africa.

There is no question that America’s physical, economic, and social health is far more at risk from the fear of Ebola than from the virus itself. Yet health care leaders from the US president down are pouring resources and attention into managing Ebola far beyond what is required to keep the disease from spreading beyond sporadic cases. Controlling Ebola in the United States requires thorough isolation of symptomatic victims and rigorous attention to personal protective equipment and protocols for health care workers. But it does not require the appointment of an “Ebola Czar,” a promise to call up the National Guard if necessary, or the cancellation of a presidential fund-raising trip in order to convene a two-hour emergency meeting with every top federal official involved in public health and safety.

US health leaders are communicating reasonably well. Constant, honest, humble risk communication is a vital part of establishing trust, which is especially crucial for managing public concern during crises. When mistakes are made, they admit them. When new developments happen—like a Texas Presbyterian health care worker who had to be isolated but was already on a cruise ship—they report them. While perhaps sounding too confident as they claim they can keep Ebola from becoming a public epidemic, they are avoiding un-keepable promises of absolute safety, acknowledging that there may well be more sporadic cases.

But officials are up against the inherently emotional and instinctive nature of risk-perception psychology. Pioneering research on this subject by Paul Slovic, Baruch Fischhoff, and others, vast research on human cognition by Daniel Kahnemanand colleagues, and research on the brain’s fear response by neuroscientists Joseph LeDoux, Elizabeth Phelps, and others, all make abundantly clear that the perception of risk is not simply a matter of the facts, but more a matter of how those facts feel. (Melissa Finucane, Slovic, and others have called this the “affect heuristic.”)

And despite ample news reporting on how the fear of Ebola exceeds the actual risk, those sidebar stories come only after the barrage of breathless alarmism that makes up most of what the media are telling us about Ebola, which in tone as well as substance is “be afraid!” The bogeyman on the news and social media radar screen is the disease much more than the danger Americans face from fear.

Alarmism about the danger of Ebola is amplified by all the critics of the government—politicians, nurses, pundits, and the media that magnify the criticisms—who claim that the mistakes that have been made imply that our health care leaders just can’t be trusted to keep us safe. None of those mistakes, however, important as they were, suggest that our health care system is so incompetent that the public spread of Ebola can’t be controlled. The effect of over-dramatizing the mistakes is to amplify mistrust, which feeds fear, which causes more real public danger than the mistakes being complained about. Round-the-clock news and social media coverage is part of what scholars Nick Pidgeon, Roger Kasperson, and others have called the social amplification of risk.

Between these two threats—the disease and fear of the disease—health care workers have it easier in at least one way. They can protect themselves from Ebola itself with personal protective equipment and careful procedures. The public faces a tougher challenge. It has to struggle to apply a bit of careful, conscious, objective analysis against powerful subconscious risk perception instincts that often overwhelm reason and pose risks all by themselves. Only that effort can provide Americans with the personal protective equipment they need to keep them safe from the larger threat they face, not from a deadly virus, but from fear.

David Ropeik is an instructor in the Environmental Management Program of the Harvard Extension School, a consultant in risk communication, and author of How Risky Is It, Really? Why Our Fears Don’t Always Match the Facts.... 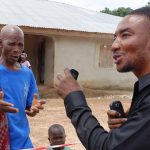 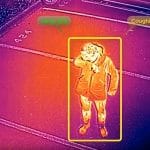