As he enters his final months in office, President Obama is still evaluating options to reduce the role and number of nuclear weapons in US strategy. His final decisions are expected before the end of October.

In a recent article in the Bulletin, we argued that the president should declare that the United States would not be the first to use nuclear weapons. In addition, he should direct a reduction in the size of the US nuclear arsenal. Not only could America make significant cuts to its nuclear forces without harming its security, but doing so would get the president closer to a major unmet goal while simultaneously freeing up federal money that could be much better used on other military priorities.

The United States could cut the size of its strategic nuclear forces on the basis of its own defense requirements alone. In 2013, a Pentagon review determined that America’s deployed strategic nuclear force is one-third larger than necessary to deter a nuclear attack. The president could direct the Pentagon to reduce the number of deployed strategic warheads from roughly 1,500 today to 1,000 within five years. He could also—and should—order the retirement and dismantling of a significant portion of our non-deployed “hedge” arsenal, estimated to be about 2,600 warheads. A thousand deployed warheads would still provide more than enough nuclear firepower to deter any current or potential nuclear adversary. Just one of our nuclear-armed submarines could devastate an entire country and kill millions. And if an enemy isn’t deterred by 1,000 deployed nuclear weapons, what logic presumes 1,500 would make a difference?

By cutting America’s excessive nuclear firepower, the president would also advance one of his key nuclear policy objectives. In his 2010 “Nuclear Posture Review Report,” Obama pledged that his administration would reduce the number, role, and salience of nuclear weapons in US defense strategy. He also called for maintaining and modernizing America’s remaining nuclear forces on a smaller triad of delivery systems.

Things have not gone as planned. In fact, not only has the reduction process stalled but the cost of sustaining our nuclear forces has skyrocketed.

The president’s posture review set the stage for the 2010 New Strategic Arms Reduction Treaty (New START), which established modestly lower limits for US and Russian deployed strategic arsenals (1,550 deployed strategic warheads each) and mandated a far-reaching verification regime. A follow-on study conducted by the US government in 2013 determined that future deterrence requirements could be met with one-third fewer deployed strategic nuclear forces.

Yet Obama did not immediately reduce the size of America’s nuclear force, despite the follow-on study’s conclusion that deterrence could be achieved by even a unilateral reduction. Instead, in a June 2013 speech in Berlin, he invited Russia to negotiate a further one-third reduction of each country’s strategic nuclear arms.

Russian leaders have rebuffed the offer for more than three years now, saying that they want to address other issues as well, such as the nuclear forces of other nations, America’s increasingly accurate conventional weapons, and missile defenses deployed in Europe, which Moscow believes could undercut its own nuclear retaliatory potential and disrupt strategic stability between itself and its old Cold War adversary.

As a result, US and Russian forces still far exceed deterrence requirements and many weapons deployed by both sides remain in “launch-under-attack” mode—ready to be fired within minutes of an order to do so. If used even in a “limited” way, the result would be a global humanitarian catastrophe.

Leading from ahead. Obama should not give Russian President Putin a veto over cuts of unnecessary and expensive US strategic nuclear weapons. Nor should he give Putin an easy excuse to maintain a similarly bloated arsenal of deployed strategic warheads aimed at the United States.

Now is the time to announce that the United States will reduce its strategic nuclear force to 1,000 (or fewer) strategic deployed warheads, invite Russia to do the same, and propose that the two sides agree to resume formal talks to regulate all types of strategic offensive and defensive weapons systems (nuclear and nonnuclear) that could affect strategic stability. Such a strategy could prompt Russia to rethink its expensive nuclear weapons modernization projects and possibly build-down its strategic nuclear arsenal.

In addition, more-rapid reductions of US and Russian nuclear forces, which comprise 95 percent of global stockpiles, would increase pressure on China and other nuclear-armed states to join the nuclear disarmament enterprise, an objective that leaders in Russia and the United States say they support.

Even if Russia is reluctant to immediately join the United States in reducing to 1,000 warheads, an American reduction would put Russia on the defensive and force Moscow to explain to a critical international community why it needs to maintain a larger deployed nuclear arsenal than the United States.

Such a move would not be unprecedented. Twenty-five years ago this week, George H.W. Bush announced a bold “Presidential Nuclear Initiative” as the Soviet Union began to break apart. It would unilaterally eliminate the US arsenal of land-based tactical nuclear weapons, withdraw tactical nukes from ships and submarines, and terminate certain nuclear weapons programs, including the development of the mobile Peacekeeper intercontinental ballistic missile.

A decade later, George W. Bush decided to unilaterally slash the size of the total US nuclear warhead stockpile (including those already deployed) in order to align American nuclear posture with changing national security needs. The cuts to the deployed force were later codified in a short bilateral treaty with Moscow known as the Strategic Offensive Reductions Treaty. But as Secretary of Defense Donald Rumsfeld told the Senate Armed Services Committee in 2002: “We would have made these cuts regardless of what Russia did with its arsenal.”

Indeed, reductions to the US nuclear arsenal—which since the end of the Cold War has declined from about 22,000 warheads to roughly 4,600 as of September 30, 2015—have largely been the result of independent presidential discretion. While there is rough parity in the total size of each country’s total nuclear stockpile, the United States currently possesses hundreds more strategic nuclear delivery systems and warheads than does Russia, while Moscow maintains hundreds more non-strategic (or tactical) nuclear warheads than Washington.

Value for money. It is certainly true that Russia’s recent actions in Ukraine and irresponsible saber-rattling pose a challenge to European security. But every dollar Washington spends to maintain a bloated nuclear arsenal is a dollar that can’t be spent on military capabilities more relevant to countering Russia and assuring allies. It is not in the American interest to engage in a tit-for-tat race with the Russians to rebuild an excessively large nuclear force, especially if it comes at the expense of needed conventional improvements, such as programs to maintain America’s military technological edge.

By scaling back its nuclear force to 1,000 deployed strategic warheads and making associated reductions to the hedge stockpile, the United States could remove a big obstacle to trimming tens of billions of dollars from the Defense Department’s costly and excessive plan for new strategic submarines, missiles, and bombers over the next decade, which is premised on maintaining New START force levels in perpetuity.

The Pentagon estimates that the cost to replace nuclear delivery systems and their associated supporting infrastructure alone could cost half-a-trillion dollars over the next 20 years, a spending level that both the White House and Defense Department warn may not be sustainable and could force difficult trade-offs with other programs. This amounts to a multi-decade nuclear spending binge that promises to perpetuate excessive force levels and Cold War–era fighting capabilities for generations to come.

A more realistic, affordable, and sustainable course could include:

Obama has it within his power to trim excess nuclear weapons and avoid spending tens of billions of defense dollars on redundant and unnecessary nuclear weapons systems. By doing so, he would open the way for further reductions in the role and size of not only America’s nuclear forces but Russia’s as well—and help build a future that’s a little more safe and secure. 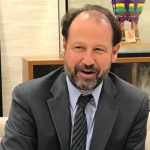 Daryl G. Kimball has studied and written about nuclear weapons policy issues for 26 years as an analyst with Physicians for Social Responsibility, at... Read More

Kingston Reif is the director for disarmament and threat reduction policy at the Arms Control Association, in Washington, DC, where his work focuses... Read More