As young professionals beginning our careers in the United States and Russia, we believe strongly that nuclear energy must play a key role in mitigating climate change. We are the first generation that is experiencing the dramatic effects of global climate change and likely the last that can do something about it. To avoid catastrophic consequences for the Earth and its people, we have to develop and implement a solution in the shortest period of time possible because the planet is at a point of no return.

The climate crisis is a challenging problem that has no boundaries, with effects felt across the globe; as such, it will require a global effort to mitigate. We, the authors, are from Russia and the United States—two countries with different cultures, histories, governments, and approaches to addressing international problems. Yet by working together, our different perspectives can help to find a path forward—and can help us understand each other better, in the bargain.

With current global temperatures exceeding the 1880–to-1920 pre-industrial era mean by 1 degree Celsius (1.8 degrees Fahrenheit), carbon dioxide levels being the highest in nearly one million years, and sea levels rising at an ever-increasing rate of 3.4 millimeters per year, it is undeniable that Earth is experiencing climate change. Many scientific investigations have proven that anthropogenic causes are to blame for the rapid change in climate. Industrialization has caused an increase in the release of gases, including nitrous oxide, methane, carbon dioxide, and water vapor. These gases contribute to the overall global temperature increase through the greenhouse effect.

During the last two decades, several international agreements—such as the Kyoto Protocol, and the Paris Agreement—were established to prevent the continuation and acceleration of climate change. The Paris Agreement states that the levels of carbon dioxide, currently at 410 parts per million (ppm), should be reduced to below 350 ppm, a goal that is moderately stricter than that of limiting the temperature rise to less than 1.5 degrees Celsius, which is more widely cited as a goal of the agreement. Current carbon dioxide emissions worldwide are 35 billion metric tons, or gigatonnes, per year, which will continue to raise the global temperature. To slow the effects of climate change, we must reduce carbon dioxide emissions by 6 percent, or by 2.1 gigatonnes, per year. This will likely prove difficult, given that by 2050, the economies of emerging countries are projected to increase the global energy demand by 80 percent (and carbon dioxide emissions by 70 percent). Most nations with emerging economies plan to provide energy with new coal-burning power plants—between 800 and 1,600 by 2040.

With these statistics in mind, it seems clear that of all the possible pathways for reducing emissions, the most promising would lie in the generation of energy with low-carbon technologies—including nuclear. If low-carbon nuclear and renewable energy sources could be substituted for coal plants, then the energy demands of these nations could be met without increasing carbon emissions.

While renewables are desirable for their low-carbon emissions, increasing the use renewables will likely increase land use, presenting challenges to other sectors such as agriculture.

For instance, even with a 100 percent capacity factor, 18,064 square kilometers of windfarms, photovoltaic panels, and other renewables would be needed to provide power to the city of Moscow, which has an annual electricity consumption of 56 billion kilowatt hours. This land area is seven times larger than the city of Moscow itself. Land-use impact can be reduced by instead implementing low-carbon technologies with higher power density, thereby requiring less space per energy produced. Fig.1 shows a comparison of relevant energy sources.

We find the most sensible proposal to cut the use of fossil fuels, especially coal, to be that proposed by the World Nuclear Association’s Harmony Program which projects nuclear energy to provide at least 25% of the world’s electricity by 2050 as part of a clean and reliable low-carbon mix. Achieving this means nuclear generation must triple globally by 2050.

Current global nuclear electricity production is 2,500 terawatt-hours supplied by 447 reactors with a generation capacity of nearly 400 gigawatts-electric. Tripling that capacity will require the construction of roughly 30 nuclear reactors per year until 2050 to provide new capacity and replace plants to be retired.

We recognize that these goals are very ambitious and are promoted by a nuclear industry support group. Meeting them would require a dramatic increase from the most recent five-year average of seven per year. However, such build rates were achieved in the heydays of nuclear power construction in the late 1970s and early 1980s. Returning the nuclear enterprise to that level will require many of the changes discussed in the remaining articles of this series and the recognition by governments around the world that dramatic action is required to mitigate the impending consequences of climate change.

To be sure, nuclear energy has its own problems—such as fuel supplies—especially when it comes to significant global expansion. But we believe these can be solved by implementing new strategies such as a “closed” nuclear fuel cycle. That is why nuclear power alone, in our opinion, will not suffice—it is simply too expensive and requires a long start-up time. Instead, nuclear energy should be used at the same time as renewables; the strengths and weaknesses of the two complement each other.

For example, in contrast to nuclear power, renewables can be brought online quickly, but have much lower capacity factors and will require breakthroughs in storage technologies. Moreover, emissions must be reduced from all energy sectors, not just electricity. The authors realize that both nuclear and renewables face significant challenges for large-scale global expansion, but we believe these can be overcome if proper policies are promoted at the national and international levels.

We also want to point out that in the 1960s, people put excess faith in nuclear power, believing it would solve all of humanity’s energy needs without any drawbacks or concerns. It took time and several major accidents to realize that nuclear safety, a proper mechanism for the disposal of nuclear waste, and a way to ensure that no fuel is created for nuclear weaponry need to be the top priorities for such a powerful technology.

With all this in mind, our two countries still have very different views about the future of nuclear energy, which we think is due to a combination of three factors. First, Russia has a strong economic incentive for developing the nuclear power industry because it has become the leader in exporting nuclear technology and nuclear fuel-cycle services. The United States, on the other hand, has lost much of the supply-chain capabilities to build and export nuclear power plants. Second, Russia has greater public support for nuclear power and, perhaps, the public historically relies more readily on the opinions of competent authorities, whereas in the United States the public is more skeptical about nuclear power and is able to have more input to policy and decision-making.

Finally, Russia believes strongly in the expansion of nuclear power plants because—like France with its nuclear sector—Russia has a huge economic stake in the success of its nuclear endeavors and considers nuclear technology as a badge of high-technological capabilities. Russian nuclear specialists recall with great pride that the first electricity-producing nuclear power plant in the world was put into service in Obninsk, Russia, in 1954. The United States today, on the other hand, is focusing its high-tech efforts elsewhere, and the US nuclear energy industry is in comparative decline.

Despite these differences, nuclear energy provides approximately the same share of electricity in each country—about 18 percent in Russia and 19 percent in the United States, although the trends are different. The United States relies on the renewal of licenses for its existing fleet of nearly 100 plants, while Russia is building six new nuclear power plants in addition to its existing 36. Nuclear technology has been an area of substantial US-Russia cooperation in the past, and we feel strongly that the two countries should be able to work cooperatively to advocate for the adoption of advanced nuclear energy today. In addition to solving the climate change crisis, this would provide an area of partnership between our two countries, whose relationship has fallen to its lowest point in decades.

Public acceptance of nuclear power will also require continued improvements in the safety and security of nuclear plants and their fuel-cycle facilities. In addition, a cost-effective and responsible solution will have to be found for what to do with nuclear waste. The accompanying articles consider the various challenges to an expansion of nuclear power, including its entangled relationship to nuclear weapons and the resultant concerns about nuclear proliferation.

During the Cold War, many people viewed nuclear weapons as a deterrent contributing to keeping a fragile world balance, whereas others feared their potential for global catastrophe. This fear produced a symbol—the Doomsday Clock—as a metaphor for the danger that nuclear weapons pose to mankind. We see global climate change as a similar threat. If our generation of young specialists doesn’t act now, humanity will see the consequences inflicting irrevocable harm. Fittingly, the Doomsday Clock has now been updated to include the existential threat of  climate change and is currently set at two minutes to midnight—the same that it was when the first hydrogen bomb test was conducted, the only previous time in its history that the clock was this close to midnight.

We have all of the basic requirements in place to avoid climate change: technology, human resources, and international channels of communication. Our grand challenge is to develop a solution, manage it quickly, and follow through in order to solve climate change by using the potential of both nuclear and renewable energy sources simultaneously, worldwide.

nuke power is a curse and needs to be shut down. new reactors in georgia (US) are coming in at near $15b/reactor. they cannot now & never will compete with renewables. five reactors have already exploded (so far) with more inevitable as the reactors age and the quality of regulation and operation deteriorates. it’s ironic to note that “too cheap to meter” has come about, but it’s with wind power in texas, where electricity is given away free at night. wind, solar, batteries and led/efficiency are the hope of the planet. you do not fight global warming with 440 atomic… Read more »

Please look at the Thorium Molten Salt Reactor. It does not have most of the problems of the light water reactors and has benefits like being able to burn up current nuclear waste. Go to thoriumenergyalliance.com for more information.

Ivan Andriushin is a project manager in the Project Office for Training of Nuclear Infrastructure Personnel at the Technical Academy of Rosatom. He... Read More 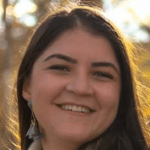 Cecilia Eiroa-Lledo recently completed her doctorate in analytical radiochemistry at Washington State University. Her research focused on the... Read More

Patricia Schuster is a University of Michigan President’s Postdoctoral Fellow in the Nuclear Engineering and Radiological Sciences Department. Her... Read More

The A1 Verse: The story of horrors

Nuclear tragedy in the Marshall Islands