Studies in deterrence: Why killing Iran’s Qasem Soleimani doesn’t do it 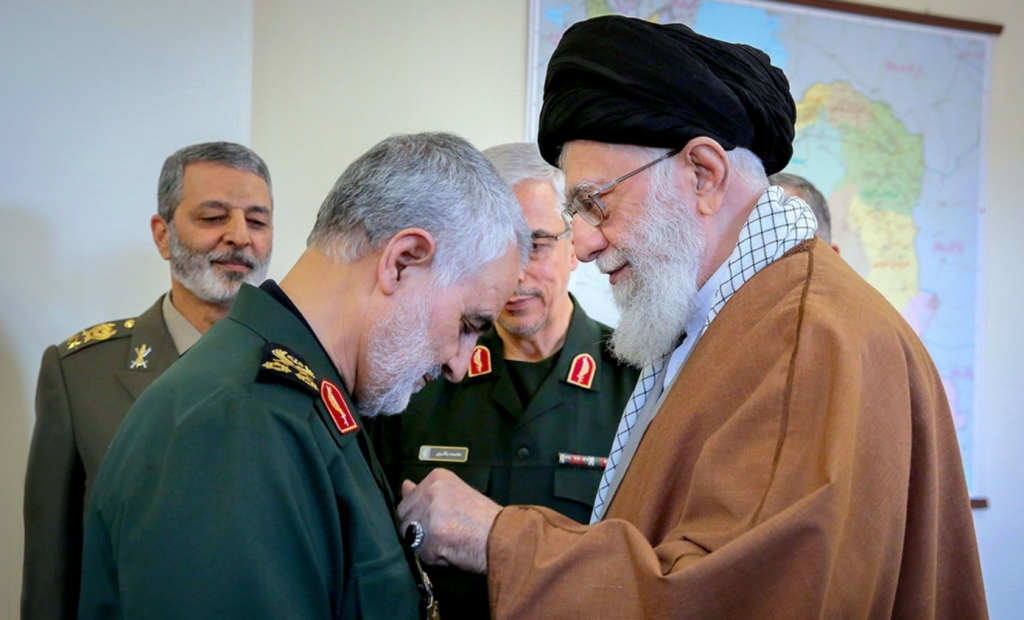 Early Friday morning, Qasem Soleimani, the head of the Iranian Revolutionary Guards Corps Quds Force, was killed on the drive back from the international airport in Baghdad, Iraq, in a US drone strike authorized by President Trump.

Soleimani has been at the helm of the elite Quds Force since 1998, and it’s difficult to overstate his importance. In the Atlantic, Andrew Exum, former US deputy assistant secretary of defense for Middle East policy, wrote that “from a military and diplomatic perspective, Soleimani was Iran’s David Petraeus and Stan McChrystal and Brett McGurk all rolled into one”—referring to two former US military generals and a former special presidential envoy.

Some had speculated that Soleimani, given his popularity in Iran, might one day run for president. But that would have arguably been a demotion; as leader of the Quds Force, Soleimani reported directly to Iran’s Supreme Leader, commanded more than 10,000 troops, and essentially set Iran’s Middle East policy. Indeed, after the assassination, US Sen. Chris Murphy referred to Soleimani as the “second most powerful person in Iran.” In the Senator’s estimation, then, Soleimani ranked in power above the Iranian president, the speaker of the parliament, the head of the judiciary, and even the chief of staff of the armed forces in Iran.

In terms of the US national interest, there’s little question that a world without Soleimani will be better than one with him. The New York Times reports: “American officials accuse General Soleimani of causing the deaths of hundreds of soldiers during the Iraq war, when he provided Iraqi insurgents with advanced bomb-making equipment and training.”

RELATED:
Iran’s nuclear potential can be cut, but not eliminated

The stated justification for the US strike, though, was to deter future Iranian attack plans. US officials claim that Soleimani “was actively developing plans to attack American diplomats and service members in Iraq and throughout the region.”

Here it seems the US Defense Department may have temporarily forgotten the meaning of deterrence. Deterrence aims to discourage future attacks by instilling fear of reprisal and generally takes the form of a threat. Killing Soleimani was not a threat, it was the punishment.

Of course, in criminology, there is a kind of deterrence that works through punishment. But in this case, it’s unlikely to work. After the strike, Iran’s Supreme Leader Ayatollah Ali Khamenei quickly promised retaliation, and the New York Times reported that American officials are bracing for potential cyber and terrorist attacks against American interests and allies. The US embassy in Iraq has already urged all Americans to leave Iraq immediately. So the strike might have headed off certain attacks, but it may well prompt many others. That doesn’t sound like how deterrence is supposed to work.

Beyond the American lives that may now be at risk, Iraqi public opinion has turned decidedly against the United States. Before the US air raids that killed 25 members of an Iraqi militia group earlier in the week, the groundswell of negative public opinion in Iraq was focused on Iran, not the United States. Few in the West may have noticed, but in early December, Iraqis were busy protesting and setting fire to the Iranian consulate in Najaf and calling for Iran to be expelled from their country. Now the same calls are being directed instead at the United States.

To make matters worse, the Iraqi parliament is likely to consider a bill in the coming weeks that would expel US troops from the country. President Trump, who has a longstanding aversion to the US troop presence in the Middle East, may not consider that to be a downside. But as Daniel Byman, professor at Georgetown University, observes, a US drawdown will only weaken US influence and hand Iran more power in the region.

Finally, if there was any hope left for the 2015 nuclear agreement between Iran and major world powers, which was already on life support, that is likely gone too. Since May 2019, Iran has taken an additional measure every two months in breach of the agreement (the United States withdrew entirely in May 2018). Until now, these violations have been relatively small, measured, and reversible, keeping the possibility open for all parties, including the United States, to resolve the crisis and return to full compliance. Iran is expected to announce the fifth step in the coming days. Barbara Slavin, who directs the Future of Iran Project at the Atlantic Council, thinks the killing of Soleimani might spur Iran to choose a more drastic step for this round. The inevitable advances to Iran’s nuclear program will only compound the headaches for future US administrations.

“Barbara Slavin, who directs the Future of Iran Project at the Atlantic Council, thinks the killing of Soleimani might spur Iran to choose a more drastic step for this round.”

I hope not. The reducements in nuclear commitments are supposed to target the remaining P5+1 to get them to compensate for US. They had nothing to do with Soleimani’s killing. If they bring that here it would be childish and very dangerous for the region, and above all, Iran.

In my own opinion, President Trump launched the attack as a media distraction, to side-step the impeachment trial. And what an absurd measure it is. This killing of Soleimani is another show of blunt force which could ultimately turn into another War with Iran – a War that no-one wants.