The US has a backup plan to kill the Iran nuclear deal. It could spark a crisis at the UN.

Early in January, the European members of the 2015 nuclear deal with Iran made a risky move by triggering the deal’s dispute resolution mechanism. Though it was a desperate attempt to save the agreement, it could, if not managed carefully, result in the reimposition of United Nations Security Council sanctions on Iran—effectively collapsing any remnants of the deal.

The potential reimposition of sweeping multilateral sanctions—a near-automatic consequence of Security Council referral—looms over the current political crisis. Of course, the Europeans may have no appetite to let things get that far. But irrespective of its current status in the nuclear deal, the United States may be able to outmaneuver the Europeans and trigger multilateral sanctions on Iran unilaterally.

Reinstating, or “snapping back,” UN sanctions would be extremely provocative, posing high risk and offering little reward, and not just because doing so could inspire Iranian withdrawal from the deal, or, worse, from the near-universal Nuclear Non-Proliferation Treaty, as Iran has already threatened.

A showdown at the Security Council, either through the dispute resolution mechanism or through unilateral US machination, is sure to be divisive. The political dissonance could give cover for Russia and China to ignore the resultant UN sanctions on Iran. This, in turn, could legitimize the conviction of other states, such as North Korea, that Security Council resolutions can be selectively adhered to.

The lopsided dispute resolution mechanism. Iran has been incrementally stepping back from its obligations under the deal in 60-day intervals since May 2019—one year after the United States unilaterally abrogated the nuclear agreement. January 5, 2020, marked Iran’s fifth and final “remedial” violation of the agreement. While the violations to date are serious, Iran, so far, has not kicked out international nuclear inspectors or significantly increased its uranium enrichment levels or production capacity. In short, there’s still time for diplomats to revive the deal.

The drafters of the nuclear deal anticipated compliance disputes and included processes within the deal to address them. The agreement created a joint commission responsible for facilitating its implementation, including the dispute process, and currently has seven participants (China, France, Germany, the Russian Federation, the United Kingdom, the European Union, and Iran). Because the United States withdrew from the deal, it no longer sits on the joint commission.

Indeed, President Donald Trump’s hasty decision to leave the deal appears to have ignored the potential benefits of the dispute resolution mechanism. The former US National Security Council director for Iran, Richard Nephew, has argued the United States ceded vital leverage to impose UN sanctions on Iran through the dispute resolution process and effectively compromised its own aims. If “maximum pressure” was the goal, then a snapback of UN sanctions would have made this strategy global.

How does the dispute resolution mechanism work? Once one party triggers it, the joint commission meets for 15 days to discuss issues of noncompliance. The members can decide by consensus to extend this consultation period, in theory indefinitely.

If the joint commission does not resolve the dispute or extend the period, the issue is referred to the ministerial level, and the foreign ministers are given an additional 15 days to resolve the issue. Again, this timeline can be extended by consensus. In parallel to, or in lieu of, the ministerial track, participants may request consideration by an advisory board consisting of one member from each side of the dispute and an independent member. The advisory board is given 15 days to provide a nonbinding opinion, which the joint commission must review within five days.

RELATED:
Rhetoric in Ukraine has reinforced the fallacy of limited nuclear exchange

Only then, according to the text of the agreement, “if the complaining participant deems the issue to constitute significant non-performance,” the participant may notify the UN Security Council.

For the moment, Europe does not intend to let the matter even reach the Security Council. A joint statement released by the European countries notes specifically that Europe aims to “resolve the impasse through constructive diplomatic dialogue, while preserving the agreement and remaining within its framework.” If the Europeans can settle the dispute within the framework of the dispute resolution mechanism, then they will not refer any “significant non-performance” to the United Nations.

However, there may yet exist another option for the United States that would allow the Trump administration to introduce and veto its own resolution.

The second path to the Security Council. The existence of an internal memo circulated within the US State Department has recently come to light; the memo argues that the United States can unilaterally force the snapping back of UN sanctions on Iran, despite US withdrawal from the deal in May 2018. And, for better or worse, the argument in this memo may hold water.

To understand why, it is critical to note that the nuclear deal, formally called the Joint Comprehensive Plan of Action, and UN Resolution 2231 are not one and the same. While the nuclear deal is a political commitment, Resolution 2231 is binding under international law. It endorses and helps implement the deal by phasing out previous sanctions on Iran, but a major selling point was that these multilateral sanctions could be snapped back at any time during the next 10 years. Critically, Resolution 2231 encourages but does not require the resolution of disputes within the nuclear agreement’s dispute resolution mechanism.

Arguably, because of this legal loophole, the United States can notify the Security Council of Iran’s “significant non-performance” unilaterally, sidestepping the dispute resolution mechanism entirely. From there, it’s as easy as a US veto.

The UN resolution’s carefully worded language plays to the US advantage. Because it requires a Security Council vote to continue lifting—rather than a vote to reimpose—sanctions, snapback is the default option. This setup was originally a solution to the negotiating participants’ worry that, in the event of an Iranian violation, a conventional Security Council resolution requiring affirmative approval to reimpose UN sanctions could be vetoed, presumably by Russia or China.

From a different angle, what was a device to stop Russia or China from using their veto to block sanctions on Iran inadvertently gave all five permanent members of the Security Council the unchecked ability to unilaterally snap back UN sanctions on Iran.

Moreover, that the United States withdrew from the nuclear deal may not diminish its standing. The UN resolution appears to use the term “JCPOA participant state” merely as shorthand for six named states—China, France, Germany, Russia, the United Kingdom, and the United States. The right to refer noncompliance and trigger snapback arguably resides with the six named states, irrespective of their status under the nuclear deal. This is especially true given that the resolution was never amended to reflect US withdrawal.

RELATED:
Are the US and China fighting a "tech war" over semiconductors and other advanced technology?

The debate comes down to whether, in the eyes of the six other participants, the United States should enjoy the right to notify the Security Council of Iranian “significant non-performance” after abandoning the nuclear deal.

A crisis at the Security Council. In any event, the chances of preserving the deal once the dispute reaches the Security Council level are slim to almost none. The Europeans should be prepared for a US veto on any resolution introduced to continue sanctions alleviation.

What would happen then? Russia and China, whose officials have been cited suggesting they may not recognize the reimposition of UN sanctions, might challenge the unilateral US action and possibly even seek a Security Council or UN General Assembly referral of the legal question to the International Court of Justice. The United States would presumably veto a Security Council referral, leaving the UN General Assembly as the only avenue of referral. The court’s rulings are nonbinding, and the United States would be under no legal obligation to abide by an advisory opinion; however, such an endeavor would create significant controversy at the Security Council.

While it is the Europeans who have initiated this process by triggering the dispute resolution mechanism, it is the United States, especially, who should be concerned with the precedential value of allies’ and other UN members’ efforts to question the validity of a Security Council resolution. Historically, the United States has leveraged the legal and political power of the Security Council to greater effect than any of the other five permanent members. To undermine this structure would be a serious blow to international law and would weaken a valuable tool in the United States’ diplomatic arsenal.

A dangerous precedent. Any US unilateral action to reimpose UN sanctions on Iran would wedge the remaining nuclear deal participants between a rock and a hard place: They could abide by international law or defend a deal that is in their security interests.

In the event of a snapback, all members of the United Nations would be legally obligated to interrupt economic relations with Iran as mandated by all previous Security Council provisions targeting Iran’s nuclear program. If implemented, it is difficult to imagine a scenario in which Iran would remain at all compliant with the deal or willing to engage in future nuclear nonproliferation agreements.

A snapping back of UN sanctions on Iran could also lead Iran to kick out international nuclear inspectors, resume additional nuclear activities, and threaten a regional war involving great powers, historic adversaries, and non-state actors across the Middle East. In short, it would manufacture a crisis that the world can ill afford.

On the other hand, any efforts to rebut the US veto and challenge the reimposition of sanctions would set a dangerous precedent and hold serious implications for the future of the Security Council process.

As France, Germany, and the United Kingdom carefully lead the ongoing dispute resolution mechanism, and as the United States contemplates unilateral action, all should consider carefully whether the marginal benefit of triggering the snapback mechanism outweighs the likely cost to Security Council credibility and the future of nonproliferation agreements.

If the Trump admin does attempt to snap back the sanctions weakening the country will be a feature not a defect.

Every move they have made has left this country weaker and more vulnerable than any time since WWII. It’s a shame that 1/3 of our populace is too ignorant to see what’s going on right in front of their face.

Julia Masterson is a research assistant at the Arms Control Association, where she focuses primarily on nuclear diplomacy with Iran and North Korea.... Read More 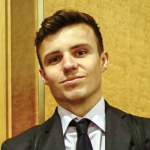