Welcoming Scott Sagan to the Science and Security Board

The Bulletin of the Atomic Scientists is delighted to welcome Scott Sagan to its Science and Security Board.

Sagan is the Caroline S.G. Munro Professor of Political Science, the Mimi and Peter Haas University Fellow in Undergraduate Education, and Senior Fellow at the Center for International Security and Cooperation and the Freeman Spogli Institute at Stanford University. Sagan has served as chairman of the American Academy of Arts and Sciences’ Committee on International Security Studies, as special assistant to the director of the Organization of the Joint Chiefs of Staff in the Pentagon, and as a consultant to the office of the Secretary of Defense the Sandia National Laboratory and the Los Alamos National Laboratory.

“Scott Sagan is known for assiduous research into the organizations that control and manage nuclear weapons, including thorough examinations of system accidents and near-misses,” said Robert Rosner, chair of the Bulletin’s Science and Security Board. “The Bulletin has long been concerned not only with nuclear non-proliferation but also with the nuclear safety and security that Scott researches and writes about with such clarity. His presence on the board will be a huge asset.”

Sagan’s most recent article for the Bulletin, written with co-authors Alida Haworth and Benjamin Valentino, examined American attitudes toward a preemptive war against North Korea. The findings were startling, including that nearly one-third of those surveyed approved of a US preventive nuclear strike against North Korea under certain conditions.

Sagan is the recipient the Andrew Carnegie Fellowship from the Carnegie Corporation of New York (2018), the International Studies Association’s Susan Strange Award (2017) which recognizes the scholar whose “singular intellect, assertiveness, and insight most challenge conventional wisdom and intellectual and organizational complacency” in the international studies community, and the National Academy of Sciences William and Katherine Estes Award (2015) for his work addressing the risks of nuclear weapons and the causes of nuclear proliferation. The award, which is granted triennially, recognizes “research in any field of cognitive or behavioral science that advances understanding of issues relating to the risk of nuclear war.”

The Bulletin’s Science and Security Board is composed of a select group of globally recognized leaders with a specific focus on nuclear risk, climate change, and/or disruptive technologies, and provides the organization with objective external perspective on trends and issues in these fields. Responsibilities include serving as the editorial advisory board of the Bulletin, setting the time of the Doomsday Clock, and tracking trends in global security.

Watch Now: Listening to black holes colliding at the edge of the Universe

Join us for the Bulletin Anniversary Dinner: 75 years and counting 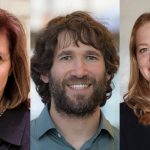 Virtual Program: Listening to colliding black holes at the edge of the Universe

The International Symposium for Peace 2020

Global Webinar: Why the atomic bombing of Hiroshima would be illegal today

Corona-free? How disinformation could be clouding the true pandemic picture in Africa

Scientists are working on vaccines that spread like a disease. What could possibly go wrong?

The hidden stumbling block to progress on nuclear weapons