New START: A timeline of inaction and disingenuous proposals

Russian President Vladimir Putin and US President Donald Trump meet on the sidelines of a G20 meeting in Hamburg on July 7, 2017. Credit: Kremlin Presidential Executive Office.

The treaty limits the two countries' strategic nuclear arsenals to no more than 1,550 deployed warheads and 700 deployed missiles and heavy bombers each. The two countries met these limitations by the implementation deadline in 2018.

If the treaty expires on February 5, it will be the first time since 1972 that the United States and Russia would have no negotiated constraints on their strategic nuclear arsenals.

Fortunately, New START allows for an extension of up to five years so long as the US and Russian presidents both agree to it.

While Russia initially proposed a five-year extension with no preconditions in December 2019, the two countries exchanged dueling proposals in October 2020, pairing a one-year extension with a one-year freeze on all nuclear warheads. No deal ultimately came to fruition as Moscow rejected the additional US condition that the freeze be subject to verification measures.

Since the US presidential election, Russia has said that it would still be willing to extend New START by five years without any preconditions.

President-elect Biden has repeatedly expressed his support for an extension of New START. But there is uncertainty about how long of an extension he might pursue. His nominee for Secretary of State, Antony Blinken, suggested in November that a full five-year extension is on the table for the incoming administration, but more recent reports revealed debate among Biden’s advisors about whether to pursue a five-year extension or something shorter. There are also questions about what Biden might do with the warhead freeze concept that he stands to inherit from the Trump administration.

Below is a timeline that illustrates how the United States and Russia have landed here, chronicling each shift in both countries’ respective arms control negotiating positions. It demonstrates how the Trump administration largely delayed engagement with Russia on the future of New START for three and a half years and how, once it did engage, its actions raised questions about whether it genuinely wanted to secure an extension of the accord or was instead merely trying to run out the clock on the treaty.

The timeline helps paint a picture of the arms control situation the Biden administration will take charge of in January.

This is a great article, clearly showing how US politicians and arms experts — mired in the military industrial complex — discourage disarmament by arguing for “verification” and “multilateral deals ” and other deal breaking preconditions that have nothing to do with security requirements. President George H. Bush understood that US security requirements demand deep cuts in nuclear forces. He unilaterally cut the U.S. nuclear stockpile of active and inactive warheads by 50 percent, from 21,392 to 10,979 in September 1991. He understood his obligation to do so without hiding behind “verification” or other multilateral preconditions. He hoped the Russians… Read more » 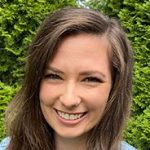 Shannon Bugos is a research assistant at the Arms Control Association, where she contributes research and analysis, reports for Arms Control Today,... Read More