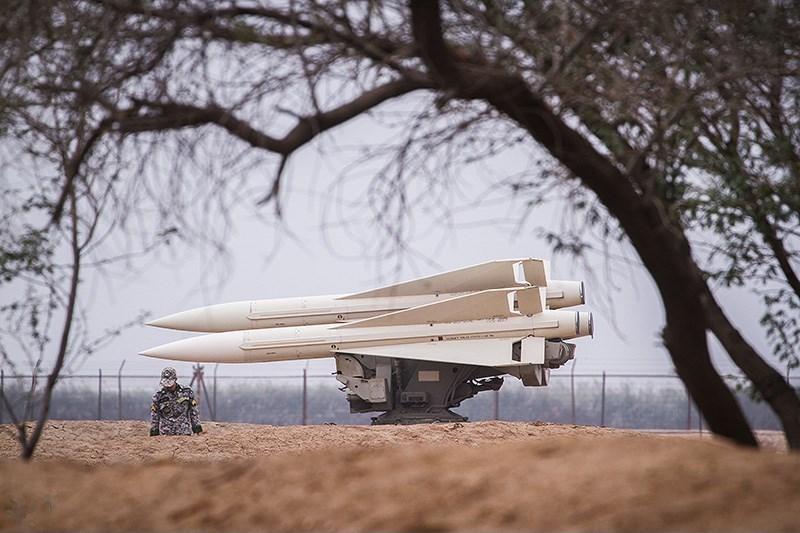 Calls to limit Iran’s missile program have become all the rage in Washington. In early March, a bipartisan group of 140 US lawmakers urged the Biden administration to pursue a more “comprehensive” deal with Iran that goes beyond the 2015 Joint Comprehensive Plan of Action to include not just Iran’s nuclear program but also its ballistic missile program and its support for non-state groups in the Middle East. Despite this and similar appeals, the prospects for even a modest missile deal with Iran are looking slimmer by the day. While the more ambitious proposals were unrealistic to begin with, the most feasible option—to lock in a 2,000-kilometer range limit on Iran’s ballistic missiles—may soon slip out of reach too.

Proposals for a missile agreement. Despite the heightened interest in constraining Iran’s missile capabilities, there have been few concrete proposals to accomplish that goal, and even fewer that are remotely plausible. On the more fanciful side, one proposal involves demanding that Iran give up any and all missiles capable of delivering a 500 kilogram (kg) payload to a range of 300 kilometers (km) or more, on the thesis that such missiles are inherently capable of delivering nuclear weapons. After all, the prospect of Iran’s missiles serving as delivery vehicles for nuclear weapons (if Iran ever decides to build them) is what most worries Western policymakers. Avner Golov and Emily B. Landau advocate for a deal to eliminate Iranian missiles that exceed the 500 kg–300 km threshold in a February 2018 article in Foreign Policy.

Setting aside that the definition of what constitutes a “nuclear-capable” missile is contested, there are three additional problems that make this proposal unworkable. First, depending on how different systems are counted, Iran has at least eight missile types that would be covered by such an agreement, and it would have to give them all up. Second, Israel, Saudi Arabia, and the United Arab Emirates also have missiles that exceed the 500 kg–300 km threshold, and Iran would demand that those countries adhere to the same arrangement. Third, verification of such a deal would present a Herculean task involving an extensive, on-the-ground inspection presence.

None of these conditions seems remotely possible given the current political environment. In fact, Golov and Landau themselves admit that getting Iran to agree to a ban on missiles above the 500 kg–300 km threshold would be “extremely unlikely.”

On the more modest side is the recommendation to lock in a 2,000-km range limit on Iran’s ballistic missiles, including by banning the flight testing of missiles that exceed that range, made by Michael Elleman and Mark Fitzpatrick in a 2018 article in Foreign Policy. Robert Einhorn and Vann Van Diepen also include this among their recommendations in a 2019 report for Brookings.

An agreement that prevents Iran from developing ballistic missiles whose range exceeds 2,000 km is politically feasible, the proponents argue, because Iran already professes to adhere to such a limit voluntarily. In 2017, then-commander of Iran’s Islamic Revolutionary Guard Corps Mohammad Ali Jafari told reporters that Supreme Leader Ayatollah Ali Khamenei had set the limit because Iran simply did not need missiles with longer ranges, at least for now. And because such a restriction would not roll back any of Iran’s current capabilities but would only prevent it from achieving new ones, Western governments will not have to dig deep to come up with commensurate incentives to induce Iran.

Such an arrangement would also be technically feasible. With radars stationed in the region as well as satellite sensors overhead, the United States and its allies could be reasonably certain of detecting any longer-range ballistic missile launches on Iranian territory without needing inspectors on the ground. Whenever Iran does conduct a launch, data about the missile’s flight path can be used to determine its range capability. Though not perfect, such an approach has the advantage of simplicity and practicality.

Locking in the 2,000-km range limit would not be a comprehensive solution to Iran’s missiles, of course. It would do nothing to reassure Iran’s neighbors in the region; nothing to address Iran’s proliferation of missiles to Hezbollah in Lebanon or the Houthis in Yemen; and nothing to slow Iran’s growing cruise missile and uninhabited aerial vehicle capabilities. But it would forestall Iran’s development of ballistic missile systems that could directly threaten Western Europe or the United States.

But if Western policymakers want to seize this modest but worthwhile option, they will need to act quickly, as recent events suggest that Iran may be preparing to throw off the self-imposed range limit. If Iran blows past 2,000-km ranges with its missiles, it won’t be easy to put the genie back in the bottle.

Why the window may be closing. The first and most glaring reason why a missile deal focused on capping Iran’s missiles at 2,000 km—or any missile deal for that matter—may be beyond reach is that there has been no revival of the 2015 nuclear agreement. Since the deal was agreed, Iranian officials including the supreme leader have signaled that the nuclear deal would be an important test in determining whether Western countries were good-faith negotiating partners or not. Iranian Foreign Minister Javad Zarif hammered home this point in an interview published in Politico on March 17, when he said, “if the US passes the test of [the nuclear deal] … then we can consider other issues.”

Fast forward six years, and Iranians—both government officials and the broader public—have been embittered by the experience of the 2015 agreement. In Zarif’s eyes, the United States has “miserably failed” the aforementioned test. Even if the deal is revived and the Biden administration lifts sanctions, convincing Iran to negotiate on its ballistic missiles in particular, which Iranian officials have repeatedly insisted are non-negotiable, would be a hard sell.

But it is Iran’s technological progress that is beginning to erode the 2,000-km range limit, increasing the probability that, as time goes by, Iran will officially cast it off. To understand, it is important to go back to the context in which Iran adopted the voluntary range limit in the first place. Though Iranian officials only acknowledged the supreme leader’s limit in 2017, its provenance likely dates back to the mid-to-late 2000s, as the research of Fabian Hinz has demonstrated. The range limit went hand-in-hand with a determination to prioritize improving the accuracy of Iran’s missiles. In 2009, Amir Ali Hajizadeh, who had just been appointed commander of the Islamic Revolutionary Guard Corps Aerospace Forces, had his first meeting with the supreme leader. By his own telling, to prepare for the meeting, Hajizadeh drew up an ambitious plan to present to Khamenei about how he would build Iran’s missile division into a world-class force—a plan that may have included designing and deploying missiles with ever-longer range capabilities. During the meeting, however, Hajizadeh was surprised to learn that Khamenei had other ideas for the missile program: “These things you want to do—they’re not my priority. My priority,” he told Hajizadeh, “is precision.”

Iran has made great strides in improving the accuracy of its missiles over the last decade, demonstrated most strikingly by Iran’s January 2020 missile attack against Ayn al Asad airbase in Iraq, in which a majority of the missiles fired hit key points. Though the missiles used in the attack were short-range systems, Iranian officials have claimed similar levels of accuracy for their medium-range ones as well, most recently during the “Great Prophet 15” military exercises in January 2021. While Iranian officials often exaggerate, and these claims should be taken with a grain of salt, it is plausible that the leadership may soon be satisfied enough with the advances in precision to begin allowing Iranian engineers to turn their attention to other areas, including reaching longer ranges.

RELATED:
Nuclear Notebook: How many nuclear weapons does North Korea have in 2022?

Iran’s renewed testing of the Khorramshahr missile is evidence of just such a shift. The Khorramshahr is a single-stage, liquid-fuel, medium-range ballistic missile that appears to be derived from the North Korean Musudan, which is itself based on the Soviet R-27 (SS-N-6 Serb) submarine-launched missile. Iranian officials claim the missile’s range is only 2,000 km, but this is somewhat at odds with expert assessments that the North Korean Musudan may have a range between 2,500 km and 4,000 km, depending on payload.

Reports of failed flight tests of the Khorramshahr in 2016 and 2017 initially led some independent experts to suspect that Iran may abandon its development, mirroring North Korea’s experience with the Musudan. But that is clearly not the case. In August 2020, video footage of a new flight test emerged showing a missile labeled “Khorramshahr-2.” The semi-official Fars News Agency reported that the test was successful and claimed that the warhead struck a 40 meter-by-40 meter square target. Although there is not enough publicly available evidence to verify this claim, the broader point is that Iran is pressing ahead with the development of a missile that could reach well beyond 2,000-km ranges. The further it gets in the missile’s development, the more hesitant Iran will be to give it up.

Finally, Iran’s inaugural launch of the Zoljanah space-launch vehicle (revealed on February 1, 2021 but actually launched in late 2020) is yet another complicating factor. The Zoljanah uses solid propellant, and, at 1.5 meters in diameter, its first-stage motor is larger than any solid-propellant motor Iran has ever flight tested. Compared to Iran’s liquid-fuel space-launch vehicles, the Zoljanah has much more carry-over potential for the development of long-range ballistic missiles. According to a rough estimate by arms control expert Jeffrey Lewis, if converted to a ballistic missile, the Zoljanah could send a 1,000 kg payload to a range of 4,000 to 5,000 km.

This is not to suggest that Iran will necessarily convert the Zoljanah into a long-range ballistic missile. But India and Israel offer examples of how the development of solid-propellant space-launch vehicles has contributed to work on an intercontinental ballistic missile in the past. India’s Agni-I and -II medium-range missiles use first-stage motors that appear to be derived from its SLV-3 space-launch system. Similarly, Israel’s Jericho missiles share a common motor with the Shavit satellite launcher. So, the successful launch of the Zoljanah adds to the risk that Iran’s space program could contribute to the development of ever-longer-range missiles.

It is anyone’s guess as to how much longer Iran will adhere to its voluntary 2,000-km range limit. But the day may be fast approaching when Iran decides to throw it off. When that happens, the West’s best shot for a missile deal with Iran could go with it.