Priscilla Johnson McMillan, noted historian of the nuclear age and supporter of the Bulletin of the Atomic Scientists, died July 7 at her home in Cambridge, Mass. She was 92.

“Priscilla was generous with her time and intelligence. She was astonishingly knowledgeable about Russia as it emerged from the Cold War and equally modest. She will be greatly missed,” said Kennette Benedict, a senior advisor to the Bulletin and former executive director and publisher for the organization.

McMillan briefly worked on Capitol Hill for Sen. John F. Kennedy before embarking on a reporting and writing career. She was known for her expertise on the Cold War and nuclear policy. Her articles for the Bulletin included an obituary on physicist and Manhattan Project member Edward Teller.

In a 2015 article for the Bulletin about Special Tasks: The Memoirs of an Unwanted Witness—a Soviet Spymaster by Pavel and Anatoli Sudoplatov with Jerrold and Leona Schecter, McMillan wrote it was “an opposite sort of memoir—an example of what can happen when old men try to remember, prodded by editorial collaborators who publish a story without corroborating evidence.”

McMillan was also known for her books The Ruin of J. Robert Oppenheimer (2005) and Marina and Lee (1977) which traced the story of President Kennedy’s assassination through interviews with Marina Oswald, widow of Lee Harvey Oswald. She was the only person to know both Kennedy and Lee Harvey Oswald, the president’s assassin.

“Priscilla was a true journalist and historian with an insatiable curiosity and a powerful moral compass,” said William Lanouette, who wrote for the Bulletin before joining the U.S. General Accounting Office in 1991.

McMillan grew up in New York, the daughter of a financier and a homemaker, according to the Washington Post. She studied Russian at Bryn Mawr College where she earned a bachelor’s degree and later a master’s degree in Russian studies from Radcliffe College. She worked as a translator for the New York Times, as a correspondent for the North American Newspaper Alliance, and wrote for the Washington Post. 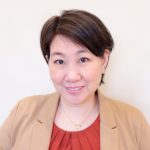 Lorene Yue was the Director of Media Relations at the Bulletin of the Atomic Scientists from April 2021 through February 2022. Before joining the... Read More