US attorney details illegal acts in construction projects, sealing the fate of the “nuclear renaissance”

The ill-fated construction of new nuclear reactors in South Carolina—one of two such troubled Westinghouse reactor construction projects in the United States—was abruptly terminated on July 31, 2017, but the effort to determine legal accountability for the project’s colossal failure is only now hitting its stride.

The South Carolina legislature conducted hearings about the project’s collapse. But it has fallen to the United States Attorney for South Carolina to outline internal decisions that led to project abandonment—via court filings, plea agreements, and indictments. These filings are proving to be the best documentation so far of criminal behavior related to projects that were part of a much-hyped “nuclear renaissance” that began in the early-2000s but has since petered out in the United States.

On August 18, 2021, a second Westinghouse official was charged in a federal grand jury indictment filed with the court in Columbia, South Carolina. The charges outline “the scheme” to cover up key details about the problem-plagued project to construct two 1,100 megawatt (MW) Westinghouse AP1000 light-water reactors at the VC Summer site north of Columbia.

The project was initiated in May 2008 and gained final approval in February 2009.

According to the 18-page indictment, former Senior Vice President of New Plants and Major Projects Jeffrey Benjamin “had first-line responsibility for Westinghouse’s nuclear reactors worldwide.” He was charged, according to a news release, “with sixteen felony counts including conspiracy, wire fraud, securities fraud, and causing a publicly-traded company to keep a false record.” On August 30, the US attorney’s office announced that Benjamin would be arraigned on August 31.

The indictment reveals important new information about how Benjamin and Westinghouse conspired to hide crucial information about reactor completion dates from the owners, the publicly held utility SCANA, now defunct, and its junior partner, the state-owned South Carolina Public Service Authority (known as Santee Cooper). It states that the defendant made “false and misleading statements” and “knowingly devised a scheme” to continue the project based on misrepresentations via Westinghouse to the owners, state regulators, the Securities and Exchange Commission, investors, and ratepayers. Nervous SCANA officials played along with the inept cover-up efforts and passed on false and inaccurate information to regulators.

In order for SCANA, parent of utility South Carolina Electric and Gas, to gain a federal production tax credit of $1.4 billion, essential to the financial viability of the project, both units had to be finished by December 31, 2020. Benjamin and Westinghouse knew that the dates would never be met, but SCANA doggedly stuck with them given production-tax-credit pressure.

Benjamin, the fourth official to be charged, faces 20 years in prison and a $5 million fine. Issuance of the indictment suggests he intends to face trial rather than plead guilty—a risky proposition given the waste of $9 billion on construction of a project that delivered nothing to consumers (and potential jury members) but a series of nine rate hikes. While those hikes were eventually eliminated and further rate hikes were avoided, a small nuclear construction charge in current bills stands as an enduring reminder of the debacle.

On May 21, 2021, Carl Churchman, Westinghouse Electric Corporation vice president and project director, was indicted on the felony charge of making false statements to the FBI about the status of the project. He pleaded guilty on June 10.

The two SCANA officials and Westinghouse’s Churchman are subject to five-year prison sentences and stiff fines but will likely face reduced sentences in exchange for fully cooperating with investigators, something required in their plea agreements.

The August 18, 2021 news release from the South Carolina US Attorney’s Office made clear that the investigation continues: “`This indictment with its attendant allegations and charges is another step toward justice for all those responsible for the VC Summer nuclear plant fiasco,’ said FBI Special Agent in Charge Susan Ferensic.”

Both Westinghouse and SCANA were eventually forced into bankruptcy. Westinghouse was acquired by Brookfield Business Partners, and SCANA vanished after an easy takeover by Dominion Energy, approved in December 2018. The fate of the debt-strapped, state-owned partner Santee Cooper rages on in the South Carolina Legislature.

One entity that will likely never be held responsible for the disastrous project that it authorized is the South Carolina Public Service Commission. Members of this body unanimously voted in favor of anything SCANA requested during the entire course of the project and balked at providing oversight as it fell apart. All were replaced by the Legislature at the end of their terms with new members, who have been less accommodating to utility requests.

RELATED:
A Ukrainian climate expert on the Zaporizhzhia situation and the winter energy outlook

Public interest intervenors were prescient in their early assessments of the project. Friends of the Earth, which intervened before the Public Service Commission against the project in August 2008, noted SCANA’s disregard for energy efficiency and alternative forms of energy. That organization predicted that the project’s fate would be what the US Attorney’s Office affirmed in the August 18, 2021 indictment: “from the outset, the Project was characterized by cost overruns and significant delays.” Likewise, toward the end of the project in June 2017, just after Westinghouse declared bankruptcy, Friends of the Earth and the Sierra Club filed a formal complaint detailing why the project must be canceled. As money hemorrhaged, the owners made that earth-shaking decision a month later. And the mighty crash still reverberates.

In Georgia, construction of the other AP1000 project, located at Plant Vogtle, stumbles along to massive cost overruns and significant schedule delays. A main difference between the projects: Georgia Power has a large enough customer base to absorb the financial blow of its struggling project. With cost projections for the two Vogtle units nearing a stunning $30 billion, finishing dates presented to the Georgia Public Service Commission remain open to question.

The Carolina and Georgia reactor projects went forward under laws related to “construction work in progress” that allowed financing charges to be billed to the ratepayers from the start of construction, long before the reactors were online. Both the South Carolina law, the Baseload Review Act, and Georgia’s Nuclear Energy Financing Act have been repealed.

The fault for the shocking AP1000 misadventure falls squarely on the shoulders of Westinghouse and the involved utilities. They all fell victim to their own reactor-promotion propaganda but lacked the technical and management competence to pull off the projects as envisaged. With pursuit of large light-water reactors in the United States all but dead, the nuclear industry is now endlessly touting an array of “small modular reactors” and a dizzying menu of so-called “advanced reactors,” all of which exist only on paper. It’s unclear if there’s a path forward for this nuclear renaissance redux, and if there is, whether taxpayers will be put on the hook for financing some of it.

Thanks for writing this great article on true accountability for the corrupt commercial nuclear industry. Finally, after massive fraud and overruns at over 100 reactors in the U.S., criminal charges are filed against an executive. It looks like more may be charged. To me, nuclear energy has always had this mob aura. One friend, an energy analyst, told me once, “You don’t have to worry about nuclear energy. It costs too much.” To which my response was, “That’s why we have to worry about nuclear energy, there is so much money to make off of it.”

I’ve worked in the nuclear industry for 15 years. The most ‘mob’ feeling I’ve gotten were from outside organizations hindering any and all actions of nuclear held utilities in a slew of legal jargon simply with the intent of causing physical, legal, and financial reprocussions and delays. It eventually took its toll on places like SONGS and now Diablo Canyon where they were legally and legitimatly producing carbon free energy in amounts they can’t compensate- which is why California bought stake in Palo Verde Nuclear in Arizona and began ‘importing’ nuclear energy after they closed SONGS. As an engineer that… Read more »

Hi Bradley W, There is such a culture of high compensation — no disagreement there. However the cost of nuclear energy is so high that it falls short of meeting electrical needs. Take the SCANA experience that Peter Bradford writes about. Or the Florida scam. Or now the Vogtle scam. These plants are so expensive that, per my cost projection model, the cost per kilowatt-hour for production will be about 20.5¢/kilowatt-hour. Add on delivery cost and you get 28.5¢. This is about 3 times the cost of solar, wind and storage (SWS) in Georgia, at about 10¢ (and going down).… Read more »

An ironic twist to this tale of woe is that Scana has been eviscerated as a result of its one correct decision, the decision to cancel the VC Summer plant. Next door in Georgia, Southern Company cost its customers more money by plowing ahead with construction at Vogtle in the face of similarly dismal economics. As in South Carolina, the state regulators approved the expenditures in the face of warnings – now clearly correct – that state low carbon electricity needs could be met for far less money than by building the reactors. No Georgia or Southern Company executives have… Read more »

You are so right, but: Watch this space!

The Roadrunner of SMRs, GE Hitachi’s BWRX-300, is out of the starting blocks:

I posted a comment yesterday which hasn’t yet appeared. I’ve revised it a bit, can do more if need be. It follows:   Here are a couple of observations inspired by this excellent article:   1) It should be read together with accounts of nuclear plant owners Exelon and First Energy having admitted to recent actions amounting to bribery to obtain nuclear plant subsidies in Illinois and Ohio respectively. Nuclear power has always depended heavily on its political muscle for favorable political outcomes, but these cases indicate that muscle alone no longer suffices and that outright corruption is becoming a necessary supplement.… Read more »

We can bet on one thing; whatever new Rube Goldberg giant tea kettle contraption the nuclear comes up with next, they will be picking the taxpayers’ pockets to pay for it. 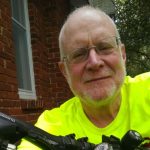 Why the world must protect nuclear reactors from military attacks. Now.