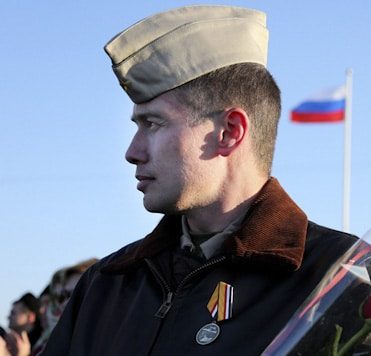 Russia recently presented the United States and NATO with two draft treaties that outlined Moscow’s vision of “ironclad” security guarantees for itself. The only elements of surprise of the demands were their urgency and the fact that they were made against the backdrop of what appears to be a significant concentration of military hardware in western Russia. Otherwise, the draft treaties’ key points are not entirely new. And their forceful nature appears to have produced a high-level meeting between US and Russian diplomats followed by a session of the NATO-Russia Council and a discussion at the Organization for Security and Cooperation in Europe. Given Moscow’s ongoing frustration with feeling unheard, that was no small thing. But none of these meetings produced a tangible result. And the chasm between the parties’ positions on nearly every issue is unlikely to be bridged soon.

Nominally, the conversation is not yet over as Moscow awaits a formal counterproposal from the United States and NATO. But the response is unlikely to satisfy the Kremlin. NATO will not withdraw back to its 1997 borders, and a pledge to stop the expansion is politically impossible, even if it is the actual policy. Western diplomats expressed interest in discussing elements of the proposal, such as limits on military exercises and missile deployment. Yet Russia insists that its drafts cannot be divided into separate pieces. Take them whole or leave them.

Moscow may be opening with a deliberately tough negotiating position. Yet one cannot rule out that this is the firm last word. If the attempt to extract the guarantees fail, Russia said it is prepared to “take appropriate military-technical reciprocal measures” in response to the West’s “unfriendly steps.” Russian officials have been guarded about the specifics, keeping everyone guessing as to what these measures could be. Many of Moscow’s options involve difficult political choices or risky or costly investments and therefore are likely impractical. But one option—deploying an intermediate-range ballistic missile that would be able to reach Europe—appears possible and dangerous, even if eventually counterproductive.

Speaking of things that are unlikely to work, Russia could certainly increase its military presence in Europe. But doubling the number of missile brigades or dramatically increasing its naval presence in the Baltic, for example, would be just a quantitative increase. Besides, building up forces takes time and significant resources.

In terms of a qualitative change, Russia could announce the deployment of intermediate-range cruise missiles, which it pledged not to deploy in Europe as long as the United States did not as well. But that might require Russia to acknowledge having worked on missiles in conflict with the Intermediate-Range Nuclear Forces Treaty (INF). While this is not entirely impossible, Moscow is unlikely to want to admit that it bears at least some responsibility for the treaty’s demise.

Moscow may be counting on a surprise along the lines of the nuclear-powered underwater drone or nuclear-powered global cruise missile it unveiled in March 2018. But outdoing those “wonder weapons” is difficult. Something hypersonic would probably be noticed, but it appears that all systems of this kind that would be relevant in the context of Europe, such as the Tsirkon cruise missile or the Kinzhal air-based ballistic missile, are known quantities.

Russia would certainly draw attention if it took measures related to non-strategic nuclear weapons, but its room for a dramatic maneuver in this area is also limited. In theory, it could abandon its long-standing policy of storing all of its non-strategic weapons in centralized storage facilities and declare that it is moving to deploy. This sort of measure would be symbolically important but is unlikely to change the reality on the ground much. Assuming that all of the country’s weapons today are stored in the twelve national-level facilities, such a deployment would only mean that weapons would be sent to twenty or so base-level storage sites located closer to operational units. Russia’s nuclear weapon deployment procedures simply do not have an option of missile launchers roaming around with nuclear warheads attached or aircraft going on patrol with actual nuclear weapons. Sea-based weapons might be an exception, but the United States and NATO are likely to have taken that possibility into account anyway. So, the effect of this move would be minimal.

Russia could take a rather dramatic step of deploying nuclear weapons abroad, but this seems largely theoretical. The country has always made a point that all its nuclear weapons are located on its national territory and urged the United States to move all its weapons home as well. In the heat of a dispute, the Kremlin could probably sacrifice this principle, but cooler heads would hopefully realize that abandoning a long-standing position for uncertain gains is not a good trade.

This leaves Russia with an option that does not seem to require making difficult political choices or risky investment in exotic weapons. Or much of an investment at all, for that matter. That is, Russia could deploy an intermediate-range ballistic missile that would be able to reach all of Europe. Now that the INF Treaty is no longer in force, such a missile is not limited by any agreement. That missile would be what was known as RS-26 Rubezh—apparently a ballistic missile that uses only two first stages of the intercontinental RS-24 Yars. This missile was tested between 2011 and 2015, at which point it was very close to deployment, but Russia pulled it out at the last moment. If it reappears, it would be declared a new missile, of course, to avoid a conflict with the New Strategic Arms Reduction Treaty. And it would play more or less the same role SS-20 did about four decades ago—a nuclear-armed ballistic missile that could threaten all of Europe.

Unlike back then, however, the United States and its NATO allies would have limited abilities to respond in kind. The alliance already announced that it has “no intention to deploy land-based nuclear missiles in Europe”—a promise it will most certainly keep as deploying new nuclear weapons in Europe is not politically feasible. Russia, of course, would publicly object (as it already has) if the alliance were to deploy non-nuclear missiles as well, but it would also know that such a threat is incomparable.

Still, Russia is unlikely to prevail in this dispute. Yes, European NATO states could find themselves in a rather difficult situation, but Russian security is also unlikely to improve. If there is any lesson from the Euromissile crisis in the 1980s, it is that there are no winners in a confrontation.

Popular Western opinion suggests that the Soviet Union was brought to the negotiating table and forced to sign the INF Treaty (that eliminated SS-20) by the firm NATO response and the deployment of Pershing II and ground-launched cruise missiles in Europe. By this line of reasoning, NATO might solve the problem by reminding Russia why the Soviet Union signed the treaty in the first place. But that is a wrong reading of history. Yes, the Soviet Union did worry about Pershings, but Europeans worried about them too (and about SS-20 of course). Eliminating these missiles was not a calculation of some balance of warheads or the time these missiles would take to reach their target. The INF Treaty was a practical, shared expression of the dangers of the confrontation and the willingness to leave it behind.

Today does not even closely resemble the end of the Cold War. But the opposing sides may share an understanding of the risks posed by new missiles in Europe, whether nuclear or not. Russia’s proposal to ban these missiles has been on the table for some time. The United States appears to have finally read it and shown some tentative signs of interest during the recent talks. A joint effort to unbundle it from the rest of Russia’s package would not be easy but is worth trying. No one wants to see a Russian “military-technical measure” that includes new missiles in Europe.

Pavel: Thanks for writing this. The reintroduction of INF-range ballistic missiles would invite a response that the Kremlin would not like: more land-based missile defense interceptors. No? Best wishes for 2022, Michael

Russia’s threat of a “military-technical” option does not have to imply a threat of nuclear escalation. It could be an oblique reference to launching cyberattacks against Ukraine or the West.

Putin made very clear in a July 2021 historical essay of 7,000 words that Ukraine is just a “borderland” of the Moscovian Rus. This is a complete rewriting of history. However, those following Putin believe that Ukraine, and much of Eastern Europe, do not exist as sovereign countries. So “military-technical” may simply mean an invasion. indeed, time is working against Putin’s autocracy and its dependency upon a wasting asset, fossil fuels. Reconquista of the USSR is now or never.

A physicist trained at the Moscow Institute of Physics and Technology, Podvig works on the Russian nuclear arsenal, US-Russian relations, and... Read More