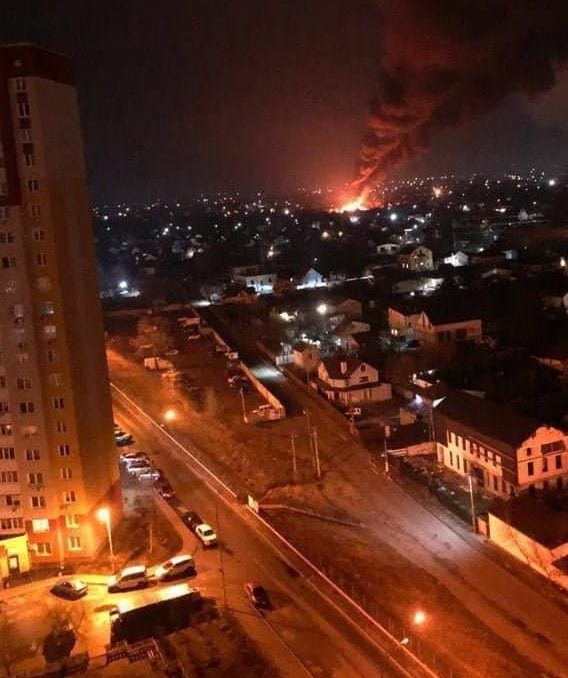 While the United States and NATO have sided squarely with Ukraine, the victim of an unprovoked invasion by Russia, US and NATO officials have also made clear their desire to avoid a direct military clash with Russia. The Kremlin, despite its blustering, also presumably wishes to avoid war with NATO, particularly at a time when some 70 percent of its ground force units are engaged in Ukraine.

A set of rules appears to be tacitly developing that should reduce the prospect of a NATO-Russia conflict, though risks remain where the rules and red lines may not be clear.

First, President Biden, NATO Secretary General Stoltenberg, and NATO member-state leaders have said that, while they will defend NATO territory, NATO forces will not take on Russian forces to defend Ukraine. Biden made this point again on March 11 when announcing the suspension of most-favored-nation trading status for Russia: “We will defend every single inch of NATO territory with the full might of a united and galvanized NATO. We will not fight a war against Russia in Ukraine. Direct confrontation between NATO and Russia is World War III, something we must strive to prevent.”

Thus far, this seems a clear red line. It explains NATO’s decision not to establish a no-fly zone over Ukraine. Doing so would require that NATO be prepared to shoot down Russian aircraft and strike ground-based Russian air defense systems, not only those with Russian forces in Ukraine but also in Belarus and perhaps Russia itself. Such actions quite likely would lead to a full-up shooting war. Vladimir Putin indicated as much on March 5, stating that participation by third countries in a no-fly zone would be considered as “participation in the armed conflict.”

Second, US and NATO intelligence-sharing with Ukraine appears acceptable under the rules.  Intelligence officials gather information about Russian forces from various sources, including satellite imagery and communication intercepts, and can quickly pass that to the Ukrainian military. There are some limitations on what is provided, in part out of concern that Russian intelligence officers may have penetrated the Ukrainian military.

The Russians certainly do not like this, but they do not know exactly what is shared. So far, the rules appear to allow it. The Russians have not acted to disrupt the gathering or flow of information to the Ukrainians. For example, they have not challenged US, British, and NATO aircraft conducting intelligence and air surveillance missions to look at what the Russian military is doing in, near, and over Ukraine. Still, the rules changed once the Russian military launched its invasion. US and British aircraft no longer fly in Ukrainian air space and appear to take more care regarding flights over the Black Sea.

RELATED:
Letter from St. Petersburg: Many Russians don't even know there's a war

Third, the rules permit at least some Western arms shipments to Ukraine. In the weeks before and since Russian forces attacked, the United States, NATO member-states, and others have provided a stream of defense assistance to Ukraine, including man-portable anti-aircraft missiles and anti-armor missiles such as the Stinger and Javelin. While many weapons were flown directly into Ukraine prior to February 24, it now appears that they enter Ukraine via land routes.

As with intelligence-sharing, the Russians do not like the arms shipments, though they have not acted to interdict them. However, on March 12, a Russian deputy foreign minister called the weapons supplies “dangerous” and warned that land convoys could be “legitimate targets.” Assuming that Russia, like NATO, wishes to avoid direct combat with the other, he presumably meant that convoys could find themselves at risk once in Ukraine.

It is unclear how this rule applies to more sophisticated weapons, such as the proposal to turn Polish Mig-29s over to the Ukrainian air force. The Polish government apparently did not want to hand the aircraft directly to the Ukrainians, and Washington found the Polish offer to turn the Migs over to the United States, which could then send them to Ukraine, not “tenable.” One factor behind this decision within the US government (and in Warsaw) was that transferring the jets might be too escalatory. No one in NATO knew whether Russian forbearance on arms transfers would extend to the Migs and how they might react.

The European Union, Polish, and US officials aired too much of the Mig-29 issue in public, such that the Kremlin spokesman said on March 9 that Ukraine’s use of airfields in other countries (presumably to get the planes) would be “a very undesirable and potentially dangerous scenario.” The fighters should have just been given to the Ukrainian air force with no public discussion, denying Moscow the opportunity to try to impose a limit on the arms provision rule.

RELATED:
Russia may have used a killer robot in Ukraine. Now what?

Fourth, economic and other sanctions appear acceptable, if disliked, within the tacit rules, even if they went well beyond what the Kremlin might have anticipated. The sanctions caused the ruble to go into free-fall and prompted the Russian Central Bank to double its key interest rate to 20 percent. One analysis company predicted the Russian economy would contract by seven percent this year (others predict an even greater contraction).

The Kremlin responded by preparing and releasing a list of “unfriendly countries,” a lengthy list of states that have sanctioned Russia. The Russian government has yet to take serious retaliatory measures, though it has suggested that the businesses of foreign companies that suspended work might be seized. Moscow thus far has not wielded what many see as its major counter-sanction: an embargo of oil and gas sales to Europe, which would cause an energy crisis there.

It is unclear what the sides are doing in the covert world of cyberspace. Difficulties in attribution may lead countries to believe that they can take certain cyber actions without fear of retaliation.  In any case, it is difficult to see any tacit rules in this area.

To the extent that the United States, NATO, and Russia abide by these kinds of tacit rules, they can reduce the prospect of a direct military clash.  However, tensions between the sides are high, and Russia is conducting a full-scale war against Ukraine. As some rules and red lines are not clear, they leave a risk of miscalculation and conflict that neither side presumably wants.

2022 MARCH—UKRAINE AND THE WORLD   March 18, 2022 © G. Cook In my opinion, the world is presently experiencing a sea change in international relations. Whether or not this moment rises to a higher level of historical or eschatological significance remains to be seen. The renaissance of Russia’s imperial aspirations and actions is the main factor behind the Russian invasion of Ukraine in 2022.  Expansion of NATO to include the former Soviet Union’s eastern European satellite countries has provoked the Russian bear to come out of his lair to defend his turf.   Although Russia has, for centuries, considered Ukraine to be a critical… Read more »

Steven Pifer is a William J. Perry Fellow at Stanford’s Center for International Security and Cooperation and a former US ambassador to Ukraine. He... Read More

In memoriam: Some of our decades of coverage of the atomic bombings of Japan