North Korea’s Hwasong-14, at a glance 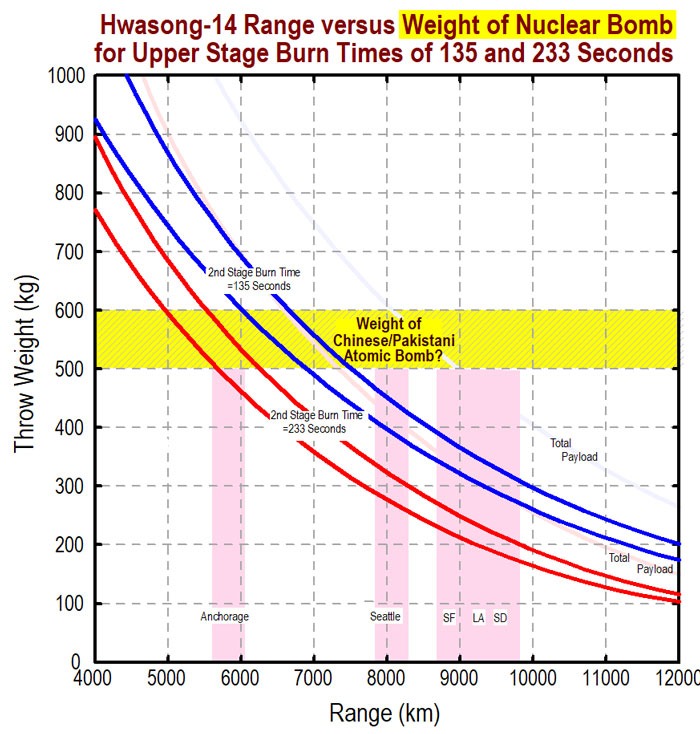 Figure 2. The red and blue lines on this graph show the distances that two different models of the Hwasong-14 missile could carry payloads of varying weights. Where those lines intersect with the yellow rectangle show the approximate range (given on the lower, horizontal axis) to which the rockets might carry an atomic bomb of the type North Korea may have.
2 / 5 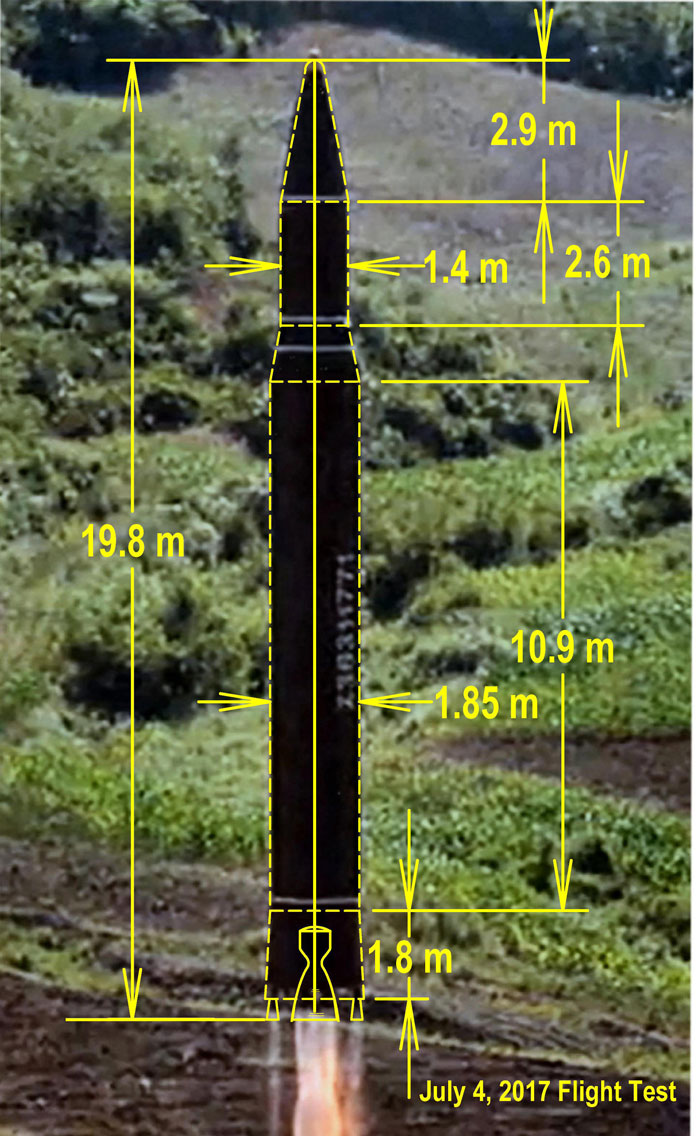 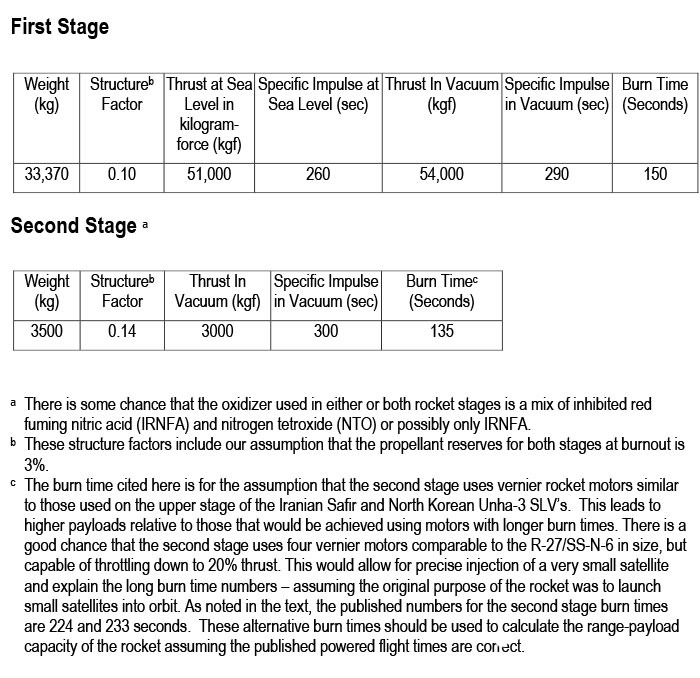 The approximate properties of the North Korean Hwasong-14 rocket, with a second stage upgraded with motors from the Russian R-27 submarine-launched ballistic missile.
5 / 5 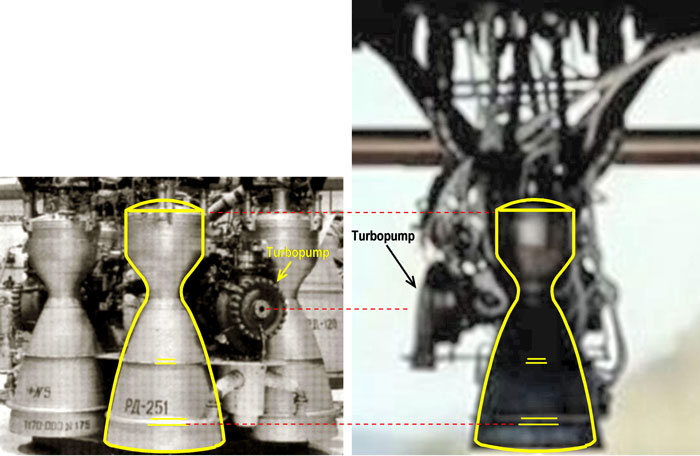 In the wake of two recent missile launches from North Korea, numerous reports have suggested that the North Koreans have an ICBM that could reach the West Coast of the United States and beyond. But calculations by missile experts Ted Postol, Markus Schiller, and Robert Schmucker—based on detailed study of the type and size of the rocket motors used, the flight times of the stages of the rockets, the propellant likely used, and other technical factors—indicate that these rockets actually carried very small payloads that were nowhere near the weight of a nuclear warhead of the type North Korea could have, or could eventually have. These small payloads allowed the rockets to be lofted far higher altitudes than they would have if loaded with a much-heavier warhead, creating the impression that North Korea was on the cusp of achieving ICBM capability. In reality, however, the North Korean rocket fired twice last month—the Hwasong-14—is a “sub-level” ICBM that will not be able to deliver nuclear warheads to the continental United States. Even if North Korea is now capable of fabricating a “miniaturized” atomic bomb that can survive the extreme reentry environments of long-range rocket delivery, these experts have concluded, that country will, with certainty, not be able to deliver such an atomic bomb to the lower 48 states of the United States with the rocket tested twice in July.