The chemical weapons of Syria 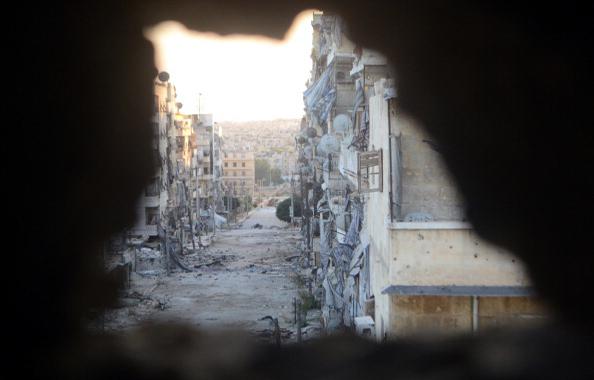 If proven true, the Syrian government’s alleged use of chemical weapons would violate millennia-old taboos and long-standing legal prohibitions. The August 2013 chemical attacks in the eastern suburbs of Damascus—publicized worldwide through horrifying video of victims posted to the Internet—have drawn particularly fierce global condemnation. A United Nations investigative team also has been tasked with investigating a series of earlier alleged chemical attacks during the Syrian civil war. The Syrian government actually stands accused of using only a limited number of types of chemical weapons during its battles with rebel forces. Of the five weapon types the government reportedly has used, two are technically classified as non-lethal, and a third—white phosphorous—is not legally considered a chemical weapon. Moreover, two of the weapons allegedly used were likely misidentified. All but seven countries are members of the Chemical Weapons Convention (CWC), a 1993 arms control agreement that outlaws the production, possession, and use of chemical weapons. Syria is one of the nations that have not signed the CWC. Because of the all-but-universal taboo against the military use of poisons, the international response is likely to be harsh if investigation confirms that the Syrian government authorized the lethal use of any of the following weapons.
2 / 6 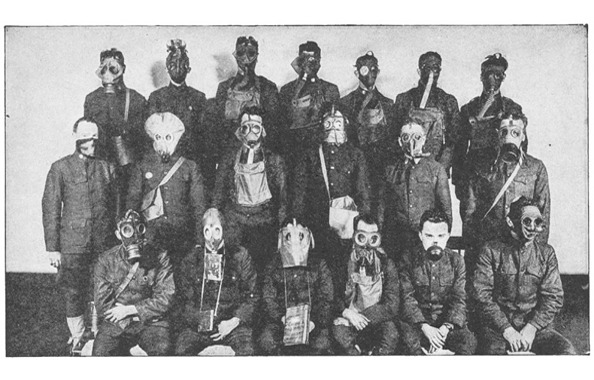 Chlorine (CI)Purpose: Choking agentHistory: On April 22, 1915, a German regiment released 168 tons of chlorine, a chemical choking agent, against Allied forces situated in the town of Ypres in western Belgium. This initial use of chlorine revealed that exposure to sufficient quantities precipitates death by asphyxiation. Use of masks quickly rendered the choking agent obsolete for military use. Terrorist use of chlorine, to date largely ineffective, remains a threat.Was it used in Syria? A defector with past links to Syria’s chemical weapons program first alleged that chlorine had been used in the Syrian civil war. Chlorine was also suspected as the agent in a second attack, on March 19, 2013, in the village of Khan al-Assal in northern Syria. Both claims are doubtful. The first is likely a misuse of words by the defector; the second is better explained as unburnt fuel and oxidizer from a conventionally-armed Scud missile.
3 / 6 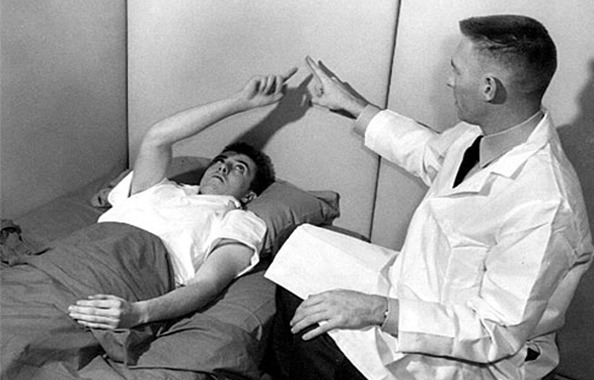 3-Quinuclidinyl benzilate (BZ)Purpose: Incapacitating agentHistory: Derived from the toxic belladonna plant, the incapacitating agent BZ is not intended to kill, but to impair cognitive performance due to its anticholinergic effects (i.e., the blocking of neurotransmitters). Intoxication via BZ results in altered states of situational awareness and counterfactual perceptions of visual and other sensory realities. Invented in 1951, the US Army standardized BZ for military use in 1961. BZ has rarely, if ever, been used in state warfare. The incapacitant was tested widely on human volunteers in the United States, but due to its unpredictable nature, the Army phased it out in the late 1980s and early 1990s.Was it used in Syria? Widely held to be apocryphal, claims of BZ use in Syria either come from dubious sources or contradict known effects of the agent. One of those dubious sources claimed BZ was used in Western Syria, in the Bab Arm district of Homs in 2012. In another instance, the claim was that “Agent 15,” an agent supposedly akin to BZ, had been used. But Agent 15 is not a real chemical weapon, but an odd bit of fiction—a sort of urban myth—associated with UN investigations in Iraq in the late 1990s. Also, none of the victims of the attack exhibited symptoms of BZ exposure.
4 / 6 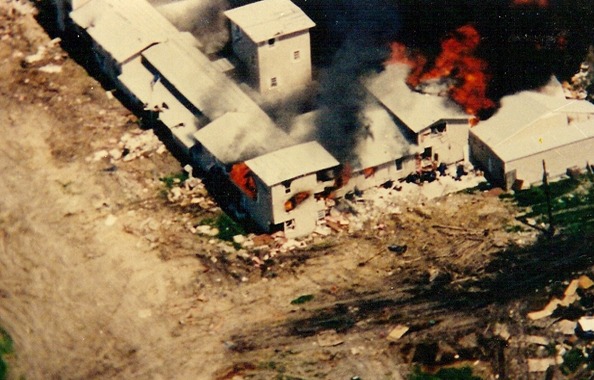 o-Chlorobenzylidene malononitrile(CS)1-Chloroacetophenone (CN)Purpose: Riot-control agentsHistory: Developed in 1928 by American scientists Ben Corson and Roger Stoughton (hence its name), CS is the most commonly used riot-control agent today. Perhaps the most famous and controversial mass use of CS came in 1993 during a standoff at the Branch Davidian compound near Waco, Texas, that ended with the death of more than 70 members of the religious group. The chemical effects of CS were not implicated in those deaths; the wisdom of its use inside a building in the compound was widely questioned, and some experts believe that use may have been a factor in the uncontrollable fire that killed the Branch Davidians.For a chemical to be effective and safe for use in riot control, two criteria must apply: The chemical must be non-lethal, creating great discomfort while disabling human targets and inflicting damage that is short-lasting and treatable without hospital care. Judged by this criteria, the long-standing use of CS as a riot-control agent is justified. In sufficient quantities, CS stings exposed skin, creates tightness in the chest and shortness of breath, and produces intense tearing and burning of the eyes. Moreover, exposure to adequate CS removes the victim’s ability to communicate and control physical actions. CN is more toxic and more dangerous than CS; its use has resulted in five deaths, according to the National Institutes of Health. Were they used in Syria? CS is used globally by domestic security forces for crowd dispersal. Syria uses riot-control agents widely. Reports of such use in Syria frequently conflate CS with CN. By the late 1950s, CN had lost favor around the world to the safer CS, but CN is still used in some countries—one likely being Syria.
5 / 6 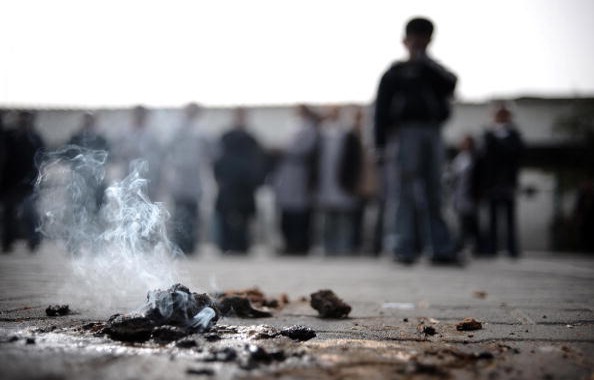 White phosphorous (WP)Purpose: Incendiary weaponHistory: White phosphorus possesses intense incendiary properties, creating temperatures that allow the agent to penetrate human skin and even burrow into organs. But in a puzzle to many international observers, WP has eluded classification as a chemical weapon, and no international treaty bans its use. Traditionally, WP was used to create smoke screens that conceal military forces and to illuminate targets. During fighting for control of Fallujah, Iraq, in November 2004, however, US forces used WP as a psychological weapon and a means of driving entrenched opposition forces from positions. Israel used WP to flush out opposition forces during the Israel-Lebanon conflict of 2006 and in the Gaza War (2008 and 2009).Was it used in Syria? The most notable report of Syrian government use of WP occurred in Homs on December 6, 2012; another alleged use occurred on December, 23, 2012. No definitive evidence has been made public to confirm either incident. Victims of the latter attack exhibited behaviors—seizures and paralysis—that are clearly unrelated to WP. In early 2013, an unnamed State Department official said that the December 23 attack generated casualties via a “riot control agent.” Suspicions exist that the Free Syrian Army, a rebel group, may have used WP in mid-2013.
6 / 6 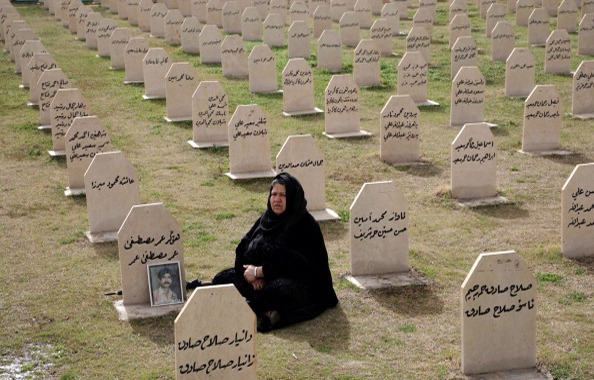 Sarin (GB)Purpose: Nerve agentHistory: Developed by Germany in 1938, the nerve agent sarin inhibits the action of the acetylcholinesterase enzyme, which deactivates signals that cause human nerve cells to fire. This blockage pushes nerves into a continual “on” state; heart and other muscles—including those involved in breathing—spasm. Sufficient exposure leads to death via asphyxiation. Iraq used sarin weapons against its Kurdish citizens in the 1980s; the worst and most infamous attack came in the Kurdish village of Halabja in 1988, during which sarin and mustard gas reportedly killed 5,000 people and injured tens of thousands more. The Japanese cult Aum Shinrikyo used sarin in terror attacks in 1994 and 1995.Was it used in Syria? Sarin use during the Syrian civil war is suspected but unconfirmed. Human tissue samples that purport to confirm sarin use may have been compromised. The chain of custody of those samples as they traveled from their original locations in Syria to laboratories in outside countries apparently was not properly documented. Many experts dismiss video footage of alleged victims and interviews with survivors—promoted as proof of sarin use by some states—as inadequate evidence.
❯