Back in 2012, Israel’s Iron Dome rocket defense system was hailed as a real, working battlefield weapon that could shoot down unguided rockets before they struck Israel. Iron Dome was lauded as a game changer in the Israel-Palestine conflict; at the time, Israel claimed that it shot down 441 Hamas rockets in flight, before they could do serious damage. Admittedly, normal life in Israel was disrupted, as its citizens had to scamper to bomb shelters when the siren sounded, but that was held to be acceptable. Israeli casualties were negligible in comparison to more than 1,000 Palestinian deaths.

The more things change, the more they stay the same. This time around, the rockets continue to be launched, there continues to be incredible claims about this supposedly infallible anti-rocket system, and one side continues to have far more casualties than another. And few media outlets examine the deep-seated reasons why Hamas continues to launch rockets into Israel from Gaza, and why even a highly effective Iron Dome would not stop the rockets.

Iron Dome PR. For the current conflict, Israel has reportedly improved Iron Dome, claiming that the system intercepts 90 percent of the rockets that it attempts to hit. It is true that there have been only two Israeli civilian casualties so far (one from mortar fire), which buttresses claims of the success of Iron Dome. Yet, while citizens of distant Tel Aviv and other cities far from Hamas’ Gaza-based rocket launch sites are now able to lead normal lives, people continue to run toward bomb shelters in areas closer to the action.

And well they should.

As readers of the Bulletin's “Iron Dome: the public relations weapon” are aware, there have been many inflated claims about the system’s efficacy. As much as anything, what’s kept the Israeli death toll low is a well-run and efficient civil defense system, along with the fact that most Gaza-launched rockets fall harmlessly in open fields in the sparsely populated parts of southern Israel. What’s more, the incoming rockets are, technologically speaking, just a few steps above homemade fireworks in terms of their guidance systems, despite their payload’s potential to cause grave harm. The rockets follow a simple trajectory that is easily determined by the position and angle of the launcher and propellant. So, once fired, they are quickly tracked by Israeli radar.

Once spotted, Israel Defense Forces can respond by firing a Tamir—Iron Dome’s interceptor missile—with its own small radar inside that pinpoints the final moments of flight toward the target rocket and its warhead. When the radar guides the Tamir close enough, the interceptor’s payload explodes and the resulting shrapnel cloud punctures the target rocket’s warhead, which then disintegrates several kilometers high in the air.

At least, that’s the theory.

In fact, Bulletin authors such as MIT physicist Ted Postol argue that by analyzing images of contrails, he’s found that the rocket-defense system’s success rate is as low as 5 percent or less.

It is hard to confirm or rebut this idea because so far, Israel has not exhibited any parts of the rockets that it downed, nor displayed those duds that fell harmlessly to the ground without exploding. Press reports indicate that Hamas has launched Iranian-made Fajr-5 rockets, but no evidence of their presence has been forthcoming. (It is possible that Hamas may have cut back on the size of the explosive payload to increase the rockets’ range and show that they can threaten important, far-away Israeli cities like Tel Aviv or Haifa.) Interestingly, no rocket casings have been shown that contain markings of Iranian origin, which would make a good propaganda coup for Israel. This absence is worth noting.

Media reports have largely focused on the growing capabilities of Hamas’ rockets, noting that the Fajr-5 has a range between 45 km and 75 km. This factoid makes for good press because it shows Iran is continuing to help Hamas. But the reality of this is unlikely, because Hamas had a falling-out with Iran’s ally Syria, which resulted in Hamas leaders being expelled from Damascus.

Another indication of the improbability of Hamas using Iranian rockets comes from a BBC News analysis which pointed out that there are huge logistical problems to using the Fajr-5. At 6 meters (some 20 feet) tall, it is heavy and fairly large, requiring mechanical handling. The Fajr-5 needs to be pre-positioned in hidden launch sites and camouflaged from the prying eyes of Israeli drones.

Similar arguments can be made against Hamas using the Syrian-made M-302, a large rocket with a reported range of 160 km, or long enough to reach Haifa.

In theory, Iron Dome could possibly intercept these shorter-range rockets, due to the Gaza rockets’ low speeds. Much like the Patriot interceptor, Iron Dome is essentially an upgraded air defense system, designed to shoot down both aircraft and missiles. The maximum speed of an F-16 fighter, for example, is 1,500 mph, at which it is easily overtaken by a 3,500 mph Patriot missile, as was the case in two friendly fire incidents during the invasion of Iraq in 2003. Meanwhile, the flight time of a Gaza rocket with a range of about 15 miles is about 1,350 mph. So, if Iron Dome is even close to a Patriot missile interceptor in speed, its ability to at least catch up with low-speed Gaza rockets may have some credibility. (Iron Dome’s ability to counter longer-range rockets that have a higher speed is yet to be tested. The Scud missiles launched by Iraq under Saddam Hussein traveled at 4,000 miles per hour; the Patriot system did not perform well against them.)

Regardless, the aura of Iron Dome invincibility was unmistakably undermined on July 22, when a Hamas rocket landed near Tel Aviv’s Ben Gurion Airport, causing chaos. US and European airlines temporarily stopped flying to Israel due to safety concerns.

The rockets continue. Israel has been countering the rocket threat from Gaza since 2006. Back then, Hamas launched rockets, shorter in range than those used now, that occasionally caused damage to Israeli towns close to the border with Gaza. In response, Israel targeted Gaza’s makeshift rocket factories, launcher sites, and fighters. In 2008, Israel launched Operation Cast Lead, a massive ground invasion to clean out Gaza; it caused more than 1,300 Palestinian deaths and led to the capture of numerous Hamas fighters. While this brought temporary quiet, it didn’t last. In 2012, Israel again launched a brutal air campaign in response to rocket fire from Gaza, Operation Pillar of Defense, in which Palestinian casualties numbered well over 1,000—many of them children.

After just 18 months, Israel has embarked on a bombing campaign once more, this time called Operation Protective Edge. Like the operations before, its purpose is to stop “the rocket fire once and for all,” Prime Minister Benjamin Netanyahu said. The bombardment’s intensity—far greater than in 2012—resulted in Palestinian casualties of more than 1,000 dead and 5,000 wounded as of the time of this writing. Most casualties have been civilians, including women and children who have no place to hide in small, crowded Gaza. Israel has hit not only residential buildings, but also mosques, schools, and even hospitals. (To be fair, in such circumstances, Hamas fighters are inevitably cheek-by-jowl with civilians, making it hard to hit the one without striking the other.) Still, the rocket fire has not stopped; more than 1,000 rockets reportedly were fired since the conflict’s beginning on July 8.

Short of reoccupying Gaza, there is little chance that Israel can eliminate the threat of rocket fire “once and for all” through military action. As a show of defiance, a week ago, Hamas flew a drone that penetrated Israel’s southern airspace, flying for some time before being detected and shot down with a Patriot missile, which is even more expensive than the Iron Dome interceptor, said to cost some 100 times what a Gaza rocket might. It is the Palestinians, however, who pay the ultimate price. In addition to those killed and wounded, Gaza has more than 100,000 internally displaced residents who have no other place to go, worsening the humanitarian crisis engulfing the strip.

Most of the media attention in the United States has focused on Hamas rockets—only 3 percent of which have actually reached populated areas, causing little damage—with not as much paid to Palestinian casualties, or to the reasons Gaza’s residents support the Hamas rocket campaign.

The world’s largest open-air prison. The Gaza Strip consists of just 139 square miles of land, but it has 1.8 million people. The population density in Gaza City—and in refugee camps like Khan Younis, where most Gazans live—could reach 435,000 people per square mile. In comparison, the population density of Manhattan is just 67,000 people per square mile, according to the United Nations Relief Agency in Gaza. Compounding the density problem, Gaza is effectively a prison with no exits.

The Palestinians in Gaza live under lockdown and have endured terrible economic deprivations, psychological pressures, dehumanization, and a sense of hopelessness from which they have found no escape. For many, life is not worth living. Under these circumstances, can anyone blame a Palestinian if he or she chooses to join the “resistance,” as they call it? In this completely asymmetric conflict, crude rockets seem to be the only way for Palestinians to redeem a minuscule amount of self-esteem.

So, Americans are focusing on the wrong problem. Whether or not Iron Dome works, it does not give Israel more security. To gain real security, Israel needs to end the lockdown on Gaza and get serious about achieving a just and fair deal with the Palestinians. The status quo is not sustainable. 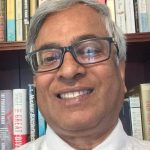 Virtual Program—What’s next for Russia: Does Putin matter?

The A1 Verse: Conspiracies, coups, and other grim tales