In addition to generating electricity, US nuclear power plants are now major radioactive waste management operations, storing concentrations of radioactivity that dwarf those generated by the country's nuclear weapons program. Because the proposed Yucca Mountain nuclear waste repository remains in limbo, and other permanent storage plans are in their infancy, these wastes are likely to remain in interim storage at commercial reactor sites for the indefinite future. This reality raises one issue of particular concern—how to store the high-burnup nuclear fuel used by most US utilities. An Energy Department expert panel has raised questions that suggest neither government regulators nor the utilities operating commercial nuclear power plants understand the potential impact of used high-burnup fuel on storage and transport of used nuclear fuel, and, ultimately, on the cost of nuclear waste management.

Spent nuclear power fuel accumulated over the past 50 years is bound up in more than 241,000 long rectangular assemblies containing tens of millions of fuel rods. The rods, in turn, contain trillions of small, irradiated uranium pellets. After bombardment with neutrons in the reactor core, about 5 to 6 percent of the pellets are converted to a myriad of radioactive elements with half-lives ranging from seconds to millions of years. Standing within a meter of a typical spent nuclear fuel assembly guarantees a lethal radiation dose in minutes.

Heat from the radioactive decay in spent nuclear fuel is also a principal safety concern. Several hours after a full reactor core is offloaded, it can initially give off enough heat from radioactive decay to match the energy capacity of a steel mill furnace. This is hot enough to melt and ignite the fuel’s reactive zirconium cladding and destabilize a geological disposal site it is placed in. By 100 years, decay heat and radioactivity drop substantially but still remain dangerous. For these reasons, the US Government Accountability Office (GAO) informed the Congress in 2013 that spent nuclear fuel is “considered one of the most hazardous substances on Earth.”

US commercial nuclear power plants use uranium fuel that has had the percentage of its key fissionable isotope—uranium 235—increased, or enriched, from what is found in most natural uranium ore deposits. In the early decades of commercial operation, the level of enrichment allowed US nuclear power plants to operate for approximately 12 months between refueling. In recent years, however, US utilities have begun using what is called high-burnup fuel. This fuel generally contains a higher percentage of uranium 235, allowing reactor operators to effectively double the amount of time the fuel can be used, reducing the frequency of costly refueling outages. The switch to high-burnup fuel has been a major contributor to higher capacity factors and lower operating costs in the United States over the past couple of decades.

While this high-burnup trend may have improved the economics of nuclear power, the industry and its regulator, the Nuclear Regulatory Commission (NRC), have taken a questionable leap of faith that could, according to the Electric Power Research Institute, “result in severe economic penalties and in operational limitations to nuclear plant operators.” Evidence is mounting that spent high-burnup fuel poses little-studied challenges to the temporary used-fuel storage plans now in place and to any eventual arrangement for a long-term storage repository.

High burnup significantly boosts the radioactivity in spent fuel and its commensurate decay heat. Of particular concern is the effect of high-burnup fuel on the cladding that contains it in the fuel assemblies used in commercial reactors. Research shows that under high-burnup conditions, that cladding may not be relied upon as the primary barrier to prevent the escape of radioactivity, especially during prolonged storage in the "dry casks" that are the preferred method of temporary storage for spent fuel. Resolution of these problems remains elusive.

For instance, research shows that in regard to high-burnup waste the fuel cladding thickness of used fuel is reduced and a hydrogen-based rust forms on the zirconium metal used for the cladding, and this thinning can cause the cladding to become brittle and fail. In addition, under high-burnup conditions, increased pressure between the uranium fuel pellets in a fuel assembly and the inner wall of the cladding that encloses them causes the cladding to thin and elongate. And the same research has shown that high burnup fuel temperatures make the used fuel more vulnerable to damage from handling and transport; cladding can fail when used fuel assemblies are removed from cooling pools, when they are vacuum dried, and when they are placed in storage canisters.

The NRC and the nuclear industry do not have the necessary information to predict when storage of high-burnup fuel may cause problems. To err on the side of caution, high-burnup fuel might have to be left in cooling pools for 25 years—as opposed to the current three to five years for lower burnup spent fuel— to allow cladding temperatures to drop enough to reduce risks of cladding failure before the fuel is transferred to dry storage. Also, the cooling pools at US commercial reactors are rapidly filling, with more than 70 percent of the nation's 77,000 metric tons of spent fuel in reactor pools, of which roughly a fourth is high burnup. So far, a small percentage of high-burnup used fuel assemblies are sprinkled amid lower burnup fuel in dry casks at reactor sites. But by 2048—the Energy Department's date for opening a permanent geologic disposal site—the amount of spent fuel could double, with high burnup waste accounting for as much as 60 percent of the inventory.

What’s next? In 2014, the NRC adopted a "continued storage" rule that recognized the strong likelihood of long-term surface storage of used nuclear fuel—but that rule basically ignored high-burnup spent fuel. Under the rule, the agency currently permits dry storage casks to accommodate a uniform loading of spent fuel below a certain level of use in reactors. The average burnup for the US reactor fleet is measured by the amount of energy produced, expressed in gigawatt days per metric ton of uranium; at present, used fuel assemblies are allowed to go up to 62 gigawatt days per metric ton.

Accordingly, a few high burnup assemblies, with higher decay heat, may be mixed with lower burnup assemblies in a storage canister. But there is little guidance on how this can be done without exceeding NRC peak temperature requirements. NRC’s current regulatory guidance concedes that “data is not currently available” supporting the safe transportation of high burn spent nuclear fuel. Owners of the shuttered Maine Yankee and Zion reactors are not taking a chance and have packaged high burnup spent fuel as it were damaged goods, stored in double-shell containers instead of single-shell, to allow for safer transport.

The impacts of decay heat from high-burnup spent fuel on the internal environment of commercial dry casks are virtually impossible to monitor, according to a 2014 NRC-sponsored study, “because of high temperatures, radiation, and accessibility difficulty.” The uncertainties of storing a mix of high- and low-burnup spent fuel in a canister are compounded by the lack of data on the long-term behavior of high-burnup spent fuel. This problem was highlighted by the Nuclear Waste Technical Review Board, an expert panel that provides scientific oversight for the Energy Department on spent fuel disposal. That panel said there is little to no data to support dry storage and transport for spent fuel with burnups greater than 35 gigawatt days per metric ton of uranium. In a May 2016 letter to the Energy Department, the board raised elemental questions that should have been answered before the NRC and reactor operators took this leap of faith: “What could go wrong? How likely is it? What are the consequences?” The board provided no answers to those questions.

This is happening at a time when concerns over spent fuel pool storage conditions are increasing. “As nuclear plants age, degradations of spent fuel pools … are occurring at an increasing rate,” a study by Oak Ridge National Laboratory concluded in 2011. “During the last decade, a number of NPPs [nuclear power plants] have experienced water leakage from the SFPs [spent fuel pools] and reactor refueling cavities.” As a result of increasing high burnup loadings, spent nuclear pool storage systems are likely to require upgrading, which will certainly drive up costs at a time when age and deterioration are of growing concern.

These concerns were given greater prominence in May of this year by a National Academy of Sciences panel established by Congress to review the response of the NRC to the Fukushima nuclear accident. In its report, the panel warned the NRC about terrorist attacks for the second time since 2004 and urged the agency to “ensure that power plant operators take prompt and effective measures to reduce the consequences of loss-of-pool-coolant events in spent fuel pools that could result in propagating zirconium cladding fires.” Allison Macfarlane, then chair of the U.S. Nuclear Regulatory Commission (NRC), noted in April, 2014 that “land interdiction [from a spent nuclear fuel pool fire at the Peach Bottom Reactor in Pennsylvania] is estimated to be 9,400 square miles with a long term displacement of 4,000,000 persons.”

Down the road, it is likely that spent nuclear fuel will have to be repackaged to mitigate decay heat into smaller containers ahead of final disposal. High-burnup fuel will only complicate the process, and increase costs, currently estimated in the tens of billions of dollars. Depending on the geologic medium, a maximum of four assemblies for high burnup, as opposed to the dozens in current storage casks, would be permitted after 100 years of decay; larger packages containing no more than 21 assemblies might have to be disposed if there is forced ventilation for 50 to 250 years—driving up repository costs.

The basic approach undertaken in this country for the storage and disposal of spent nuclear fuel needs to be fundamentally revamped. Instead of waiting for problems to arise, the NRC and the Energy Department need to develop a transparent and comprehensive road map identifying the key elements of—and especially the unknowns associated with—interim storage, transportation, repackaging, and final disposal of all nuclear fuel, including the high-burnup variety. Otherwise, the United States will remain dependent on leaps of faith in regard to nuclear waste storage—leaps that are setting the stage for large, unfunded radioactive waste “balloon mortgage” payments in the future.

A senior scholar at the Institute for Policy Studies, Robert Alvarez served as senior policy adviser to the Energy Department's secretary and... Read More

PRESS RELEASE—Amnesia Atómica NYC Opens in Times Square this May

A $6 billion bailout for US nuclear power plants?

Chernobyl is still changing: Four enduring stories and a recent one

Siegfried Hecker: Putin has destroyed the world nuclear order. How should the democracies respond? 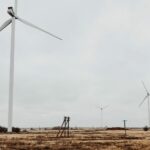