The dangerousness of John Bolton

This is a man who has argued for attacking North Korea, disparaged diplomatic efforts, and called for bombing Iran. He is a hard-power unilateralist, who sees no problem too large for US military firepower. Bolton has routinely promoted shoot-from-the-hip, military solutions over diplomacy and arms control, writing OpEds titled “To stop Iran, bomb Iran.”

Fittingly, the majority response to his appointment can be seen in headlines as well: The editorial on the front page of today’s New York Times is titled “Yes, John Bolton really is that dangerous, ” the Washington Post went with “Reaction to Bolton: Stunned, worried, horrified—The return of John Bolton, a hawk on North Korea and Iran, sparks concerns.” And New York magazine titled its story “Team Bolton: John never promised Trump he wouldn’t start any wars.”

The Diplomat, meanwhile, reserved its fire for the subheading: “John Bolton could unleash and enable Trump’s worst instincts on foreign policy.”

And once the reader got past the headlines and subheads, the meat in the stories was just as stark. The Times piece noted that “There are few people more likely than Mr. Bolton is to lead the country into war. His selection is a decision that is as alarming as any Mr. Trump has made so far.” And the Post wrote that the behind-the-scenes response was similar: “…numerous foreign policy gurus outside government and staffers on the Hill usually brimming with opinions were strangely muted, as if they cannot quite believe what has happened. One staffer wisecracked, “ ‘I am rocking back and forth in a corner for now.’ ” The BBC said “Mr. Bolton is a hawk’s hawk. Now that hawk has a perch in the Oval Office.”

And The Diplomat noted that the timing is odd, coming as it does two weeks after Trump accepted an invitation from Kim Jon-un for a historic US-North Korea summit. “If the administration wants to show that it is interested in a good faith effort toward diplomacy, bringing John Bolton into the policymaking arena is not the way to do so.”

Meanwhile, among certain key constituencies, the reaction was predictably pro-Trump. The conservative “mainstream”—Fox News (where Bolton has been a regular contributor since 2007) and the National Review—covered the appointment straight, as if it were a run-of-the-mill, routine appointment.

(Readers may also be interested in reading an in-depth, 8-page, 2005 profile of Bolton that appeared in the Bulletin, written by David Bosco of Foreign Policy magazine, titled “The world according to Bolton.” The article is free to access. )

Dan Drollette is the deputy editor of the Bulletin of the Atomic Scientists. He is a science writer/editor and foreign correspondent who has... Read More

The A1 Verse: The loneliness of the socially distanced runner

The A1 Verse: Grim exits and harm 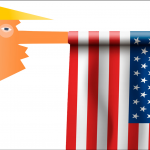