Dan Drollette is the executive editor of the Bulletin of the Atomic Scientists. He is a science writer/editor and foreign correspondent who has filed stories from every continent except Antarctica. His stories have appeared in Scientific American, International Wildlife, MIT’s Technology Review, Natural History, Cosmos, Science, New Scientist, and the BBC Online, among others. He was a TEDx speaker to Frankfurt am Main, Germany, and held a Fulbright Postgraduate Traveling Fellowship to Australia—where he lived for a total of four years. For three years, he edited CERN’s on-line weekly magazine, in Geneva, Switzerland, where his office was 100 yards from the injection point of the Large Hadron Collider. Drollette is the author of “Gold Rush in the Jungle: The Race to Discover and Defend the Rarest Animals of Vietnam’s “Lost World,” published in April 2013, by Crown. He holds a BJ (Bachelor of Journalism) from the University of Missouri, and a master’s in science writing from New York University’s Science, Health and Environmental Reporting Program.

Introduction: Why some renewable technologies will perish—and others succeed

Interview with Samuel West, founder of the Museum of Failure

What do ordinary Russians think? Interview with a Russian independent reporter

Introduction—Russia: What to expect next?

By Dan Drollette Jr | Opinion, Special Topics, The INF Treaty and the Future of Arms Control 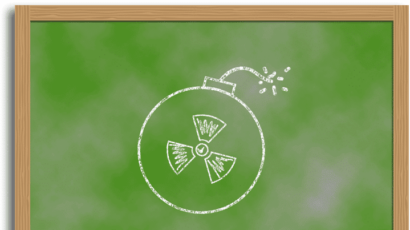 Russia says Ukraine is preparing a “dirty bomb.” Is it true, and what does it mean?

“When it comes to Russia, it’s like living in a volcano” — Interview with Farida Rustamova, an independent reporter in Putin’s Russia