Beyond safety and security concerns, nuclear technologies pose proliferation risks. Nuclear technologies are dual-use; that is, they can be used for both civilian and military purposes. The domestic development of an ostensibly peaceful nuclear power program and the enrichment facilities needed to fuel it can provide the means for a non-nuclear weapons state to create nuclear weapons. Because nuclear power has significant benefits as an energy source, particularly in regard to the fight against climate change, and has a valuable role in other industries, such as nuclear medicine, it is important that the international community continue to manage proliferation risks in emerging nuclear countries.

To build a nuclear weapon, one must first obtain bomb fuel—that is, uranium with its uranium 235 component enriched to 90 percent or more, or weapons-grade plutonium. The same centrifuges that enrich natural uranium to the level suitable for use in nuclear reactors can also further enrich it to be useable in a nuclear weapon. Similarly, the civilian reactors that produce electricity can also provide a source of weapons-grade plutonium, if their spent fuel is reprocessed, ostensibly for recycling of plutonium as new fuel.

Any plan that advocates for the expansion of nuclear power must account for potential proliferation risks. To mitigate these risks, individual states and the international community should pursue policies in line with the following recommendations:

this is ridiculous. five commercial reactors have already exploded. tmi, fermi 1 and too many others have come close. given the sorry state of regulation and operation, more reactor explosions are virtually inevitable.
atomic energy is a dead technology and a technology of death. it cannot even come close to competing with renewables. this idea of cooling the planet with 440 atomic cores in the 300C range is patently insane.
give it up!

The authors fail to list even one of what they claim are “potentially significant benefits” of nuclear power, because there aren’t any. Nuclear power threatens catastrophic and global radiation releases; adds every day to background radioactive pollution through allowable releases of radioactive gases and effluents; produces deadly and unmanageable radioactive wastes that will cost hundreds of billions of dollars to package and repackage for up to a million years; continues its long history of unsuccessful containment of its radioactive waste, causing cancers, immune deficiencies, and other illnesses that can be pass to offspring endlessly; threatens to bankrupt reactor owners and… Read more » 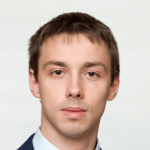 Vladimir Kobezskii is an analyst in the Digital Product Office of the Engineering Division of ROSATOM State Corporation. He holds two MS degrees from... Read More

Elliot Serbin is a research analyst at the Center for International Security and Cooperation (CISAC) at Stanford University. Formerly a research... Read More