At the 10th anniversary of the devastating earthquake and tsunami that set off a meltdown at Tokyo Electric Power Company’s Fukushima Daiichi nuclear power plant, it is time to revisit the laws that govern compensation for victims of such disasters.

Fortunately, major nuclear accidents are rare. To date, only Fukushima and the 1986 Chernobyl disaster in Russia are rated level 7 “major” accidents by the International Atomic Energy Agency. But given the potential for nuclear power generation to expand, accidents of various levels of severity could also increase in frequency.

Today, nuclear energy is used to produce about 10 percent of electricity worldwide. However, the desire to limit the environmental impact of carbon-based energy sources is putting nuclear power generation in the spotlight. For example, the International Energy Agency’s World Energy Outlook 2020 includes a “sustainable development scenario,” under which electricity generated from nuclear power could increase by almost 55 percent in 2040. Given this outlook, expanding protection for victims, including the amount and scope of compensation they can receive, should become an international priority for the industry, policymakers, and global nuclear organizations.

As my colleagues and I who are part of the Meridian 180 Global Working Group on Nuclear Energy have found, domestic laws and international conventions around nuclear power and compensation for victims of accidents are insufficient and need to be revisited. These laws and protocols were designed, at least originally, to promote nuclear energy and protect the interests of the nuclear power industry. Given the infrequency of major accidents, the laws and protocols have not been tested very often.

The laws limit the liability faced by nuclear power plant operators and manufacturers and the amount of compensation paid to victims. As a result, investors can pursue nuclear energy projects without fear of a potentially significant burden to compensate victims if a major accident were to occur. But the potential for accidents remains. Rather than assume they can be prevented, we must prepare for them—not only with emergency plans and safety protocols, but also with laws that protect and compensate the victims.

Compensation claims remain unresolved. The Chernobyl disaster did lead to some reform of international and domestic laws to strengthen victim protections. But since Fukushima, few regulatory policy changes have been enacted, inside or outside Japan, and Fukushima damage compensation claims remain unresolved. Among the victims in Fukushima Prefecture are thousands of local residents who faced losses — of their homes, communities, ancestral homelands, and day-to-day life activities. Although not directly attributable, the deaths of more than 1,500 people have been linked to physical and mental stresses related to the evacuation after the nuclear reactor meltdowns.

RELATED:
Zaporizhzhia on the brink: How deteriorating conditions at the nuclear power plant could lead to disaster

Tokyo Electric Power Company has paid more than 9.7 trillion yen (or approximately $92 billion) to nuclear accident victims, the largest damage payout ever made to such victims and among the highest (if not the highest) paid in any industrial disaster. But dissatisfaction and unsettled claims remain. Some have not been compensated for losses because their residences were outside mandatory evacuation zones. Nearly 30 collective lawsuits brought against Tokyo Electric Power Company and the Japanese government are pending.

RELATED:
IAEA arrives at the Zaporizhzhia nuclear power plant for its riskiest mission in history

Preparing for the next one. The nuclear disaster at Fukushima was deeply transnational in scope and participation: The US-designed reactors at the Fukushima plant used nuclear fuel that was mined outside Japan, likely in Canada, Kazakhstan, Niger, Australia, Russia, or Namibia, six countries that supply more than 85 percent of the nuclear fuel used worldwide.

As nuclear power plants continue to operate, and with the prospect that more plants will be built in the future, the potential for accidents remains. Rather than assume they can be prevented, we must prepare for them — not only with emergency plans and safety protocols, but also with laws that protect and compensate the victims, which can only stem from discussions at all levels of government and industry that meaningfully include those most likely to be injured, should another nuclear disaster occur. 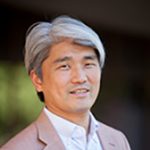 Hirokazu Miyazaki is the Kay Davis Professor of Anthropology at Northwestern University. He also serves as Professor (Special Appointment) at... Read More