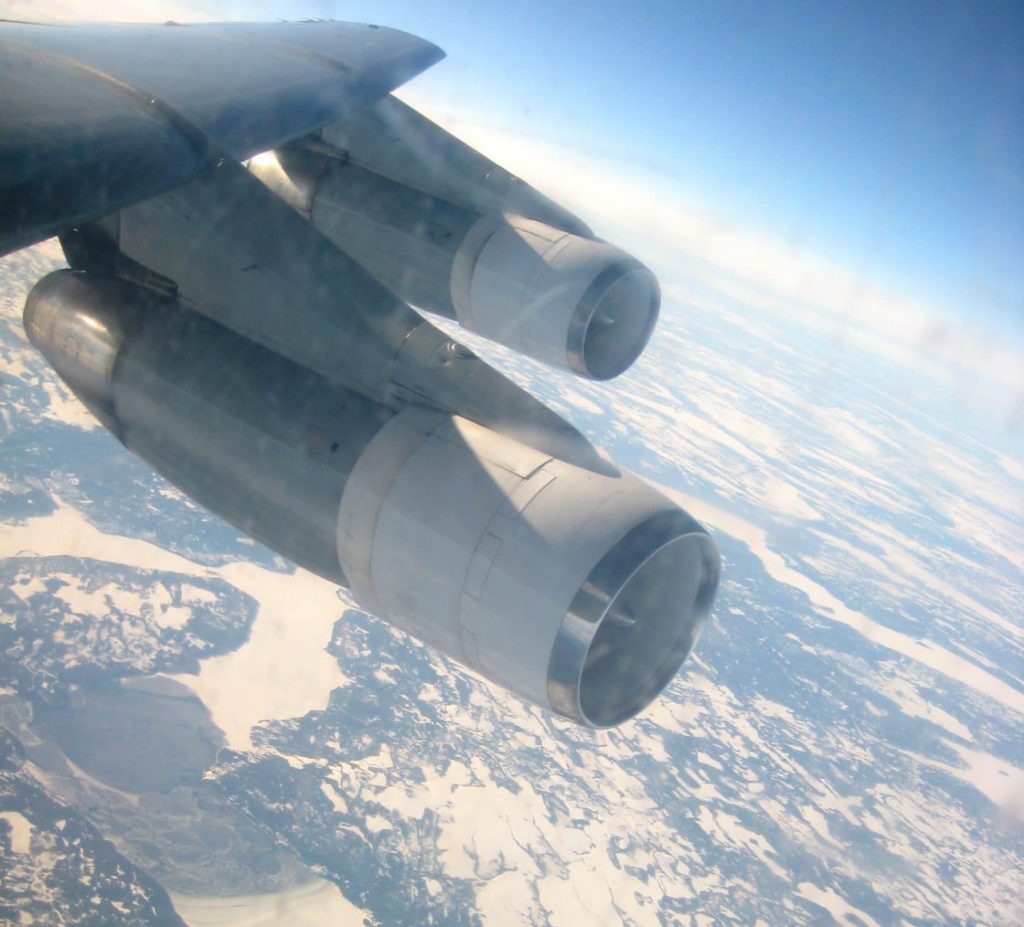 Most eyes are on the nuclear agenda as Biden and Putin prepare to meet in Geneva on June 16. Fair enough: The presidents already set it as a priority from the moment they extended the New Strategic Arms Reduction Treaty (New START) in February. They agreed to start working on a replacement for New START and to renew talks on strategic stability. These plans create hope that although the US-Russian relationship is in dire shape, our two countries can continue to work together to reduce and eliminate nuclear weapons.

But there is another agenda, long neglected, that needs attention, too: limits and controls on conventional arms in Europe. The Conventional Armed Forces in Europe Treaty established limits on key categories of military equipment and mandated the destruction of excess weapons; it also permitted on-site inspections. The Vienna Document is a set of confidence- and security-building measures in which participating countries exchange information and observe each other’s military activities. The Open Skies Treaty allowed participant countries to conduct unarmed aerial surveillance flights to promote military transparency. This suite of multilateral regimes created at the end of the Cold War is now defunct or in decline.

But the Open Skies concept could be reinvigorated if it were reimagined. A new Open Skies agreement could deal not just with military-to-military confidence-building, but also with scientific exchange, emergency response cooperation, environmental monitoring, and other missions.

Much of the blame for undermining conventional arms control must be laid at Russia’s door. The Russians stopped implementing the Conventional Armed Forces in Europe Treaty in 2007, they have not fully met their commitments under the Vienna Document, and they played fast and loose with the Open Skies Treaty. Long ago, they evidently ceased to see much value in stable, predictable, and mutual confidence-building with regard to conventional weapons in Europe. Certainly, their sudden and massive build-up of military force against Ukraine during the spring underscores this fact.

As Russian experts have explained, the view developed at the top, when President Putin became angry at the notion that he could not move military forces around on his own territory due to the flank limits of the Conventional Armed Forces in Europe Treaty. When that message comes from on high, the whole government begins looking for ways to take measures, large and small, to interrupt regime implementation. Once that attitude takes hold, diplomatic games to impede progress become a handy way to score political points.

The European countries and the United States can share some of the blame for this outcome, for they have sometimes been inflexible or unwilling to make the investments of political will and capital that would be necessary to find solutions. This may explain why the Biden administration has not taken steps to salvage the Open Skies Treaty after President Trump withdrew from it, citing Russian compliance problems. The Defense Department publicly stated that it needed the funds set aside for modernizing the Open Skies aircraft and cameras for other purposes. Indeed, the two old aircraft have recently been retired from US government service, and Russia is now completing its own process to withdraw from the treaty.

RELATED:
The new US nuclear posture review is a major step backward

Against this dismal backdrop, we need to step back and ask whether measures to control and limit conventional armaments still have a purpose. After all, the Conventional Armed Forces in Europe Treaty did accomplish major reductions in conventional forces. Setting ceilings for conventional forces is perhaps no longer so important, although Russia’s recent announcement that it plans to deploy 20 additional units in its western regions belies that notion. Thus, the question of whether new limits and verification measures are needed should be examined—and seriously.

What is unquestionable is that Russia and NATO, as well as NATO partner countries such as Sweden and Finland, are rubbing up against each other in Europe. Air and sea incidents in the Baltic Sea region have been a persistent problem for much of the past decade, and they are getting worse. The Black Sea region is also seeing a rise in incidents, as Russia brings more air and naval forces to bear and modernizes the military facilities that it seized in Crimea. Incident response and crisis management mechanisms are much needed, as are measures to rebuild mutual confidence and predictability among military actors.

One way to take on that task would be to reimagine Open Skies. Dwight Eisenhower first proposed the treaty as a way to build mutual confidence by opening each other’s air space and allowing states to take photos over the territory of other parties. Those images, however, did not turn out to be the main confidence-building value of Open Skies. In fact, since they were taken by old-fashioned wet film cameras, their quality was often poor, and they were difficult for treaty parties to distribute and use.

The greatest value came instead from the long-term military-to-military relationships that developed among those who conducted Open Skies inspections. The treaty was unique in that inspectors would fly the missions together with military representatives of the country that was being inspected. Everyone knew what everyone else was doing—inspectors and those being inspected; the process was completely transparent. Good working relationships developed over time, which is the essence of mutual military confidence and predictability.

Military-to-military confidence-building was not enough to save the Open Skies Treaty, but if we reimagine it, we could build in elements that not only will restore mutual confidence but serve larger goals. One example might be emergency response. The United States already used Open Skies flights during severe hurricanes in New Orleans and the Caribbean to pinpoint and map where people were desperately in need of assistance. Natural disasters are gaining in frequency and amplitude, so international groups of emergency responders combined with Open Skies aircraft may really be able to help.

Climate change in general may provide some larger goals, as environmental monitoring comes front and center on national agendas. While satellite sensing systems are becoming increasingly ubiquitous and capable of monitoring multiple phenomena, aircraft have some advantages. They can fly repeatedly over certain areas at lower altitudes, which is better for collecting emissions data. Using Open Skies aircraft with multinational teams aboard could facilitate international scientific collaboration in the climate arena.

Reimagining the Open Skies Treaty would not only be about military-to-military confidence-building, but about scientist-to-scientist exchanges, emergency response cooperation, environmental monitoring, and other missions. In other words, a reimagined multi-purpose regime would draw upon the procedures of cooperation and physical assets of the Open Skies system, without being solely for military purposes.

How might that be possible? The aircraft used in Open Skies were already too expensive for most of the signatory countries to maintain for that purpose alone—only the United States and Russia consistently did so. Instead, most signatories pooled and multitasked resources, sometimes leasing aircraft and frequently partnering with other states to fly inspections. We should now think through the lessons learned from Open Skies and consider how to apply them to multiple goals and objectives.

The first problem to consider is how to avoid sticking the military with all the expenses. One of the reasons that Open Skies faltered, as mentioned above, is that the US Defense Department saw limited utility in its imagery and did not want to invest in new capabilities. The United States should consider leasing commercial aircraft for these purposes, rather than investing in new platforms.

If the project is focused in part on military confidence building, then an entity like the Defense Threat Reduction Agency, which already plays in this area, could be a rational home. Other agencies responsible for other tasks would then provide for guaranteed minimum usage of the assets, paying for them in advance. For example, the Federal Emergency Management Agency and the Coast Guard (for emergency response) and the Environmental Protection Agency and the National Science Foundation (for climate monitoring) all could pay a part of the bill.

In this way, the United States and Russia, with other interested countries, could reimagine Open Skies and create something new out of it—cooperative aerial monitoring. This project would be a kind of prototype to develop better mutual confidence and predictability, in the first instance with Russia, but also with countries that are outside of Europe and therefore new to the game. China is a particular example. If multiple goals are served and more groups involved—scientists and emergency responders as well as the military—then the realm of mutual confidence and predictability grows. The global community will need it.

Rose Gottemoeller is the Steven C. Házy Lecturer at the Freeman-Spogli Institute of the Center for International Security and Cooperation at... Read More

Diana Marvin is a former conventional arms control expert at the Department of State. Her Twitter handle is: @marvindiana.... Read More