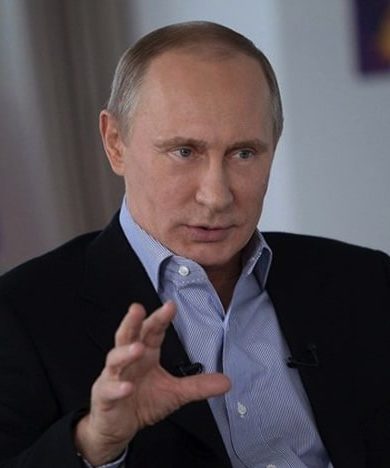 Presidents Joe Biden and Vladimir Putin will meet in Geneva on June 16, at a time when US-Russian relations have hit a post-Cold War nadir. Biden can use the meeting to make clear the kinds of Russian actions that he considers unacceptable and for which there will be consequences while opening cooperative channels on the few issues where US and Russian interests converge. The White House seeks to keep expectations modest, correctly so.

Biden’s offer in April of a summer summit caught many by surprise, likely including Putin himself. Although the Kremlin played coy about agreeing to meet, the Russian president would not pass up the opportunity, if for no other reason than a meeting with the American president plays to his sense of his and Russia’s importance on the world stage.

While the previous four American presidents came to office expressing hopes of building a positive relationship with Russia, Biden administration officials have set a more limited objective: a stable and predictable relationship. They have made clear their intention to hold the Kremlin to account for egregious misbehavior but also expressed readiness to work with Moscow where interests overlap. In its first four months, the administration applied sanctions against Russia for interfering in the 2020 US presidential election and the SolarWinds hack while agreeing to extend the New Strategic Arms Reduction Treaty to 2026.

When they meet in Switzerland, Biden should address three sets of issues. First, he should candidly describe to Putin the kinds of Russian actions that he will regard as unacceptable and to which the administration will respond, either with sanctions or in other ways. Interference in American domestic politics should top the list. State-sponsored cyberattacks that sabotage US government systems or private-sector controls for critical infrastructure should also rank high on the list, as should the actions of cyber criminals if allowed to continue to operate freely in Russia against US targets. Although it will be anathema to the Russian president, Biden should note the sorts of human rights violations that will draw US sanctions.

Putin will deny interfering in US politics or conducting cyberattacks, asserting that Washington has no proof, while rejecting the legitimacy of US concerns about what happens within Russia. Biden should not waste time arguing. He should aim instead to ensure that Putin has a clear understanding of what conduct is out of bounds. If American reactions are predictable in Moscow, that could affect cost-benefit calculations when the Kremlin weighs potential actions—perhaps even swaying the decision in some cases.

The second set of issues includes those areas where bilateral cooperation appears possible. One such area is arms control, in which both countries have expressed an interest. The presidents might agree to an early round of bilateral strategic stability talks, which could usefully bring together senior officials to discuss the range of nuclear arms and related issues, including missile defense, third-country nuclear forces, precision-guided conventional strike systems, and the space and cyber domains. The talks could also address nuclear doctrines and steps the two militaries might take to reduce the risk of conflict by accident or miscalculation.

Launching formal negotiations will require more time. The Biden arms control team is not yet fully in place, and the administration will want to conduct at least the first part of a nuclear posture review to underpin its negotiating approach. The more difficult problem, however, stems from the two sides’ different priorities. Washington wants negotiations that will produce limits on all US and Russian nuclear arms, including non-strategic nuclear weapons. Russian officials, on the other hand, seem to attach priority to limiting missile defense and long-range conventional strike systems. Reconciling these different priorities may not prove easy. If Moscow chooses to link questions, an early tough decision could confront the Biden administration: Is the US interest in limiting and reducing all nuclear arms so intense that it would be prepared to countenance some constraints on missile defense?

There may be other specific areas where cooperative discussions make sense. US and NATO military forces will depart Afghanistan by September. Neither the United States nor Russia has an interest in that country plunging into chaos or the Taliban returning to power—and troubles in Afghanistan would be 5,000 miles closer to Moscow than Washington. Climate change could offer an area, though the seriousness of the Kremlin’s intent to tackle that challenge remains unclear.

The third set of questions are those where US and Russian interests clash and no early resolution appears possible. The biggest is Russia’s conflict with Ukraine. Washington wants to see Ukraine develop as a stable, independent, democratic state free to choose its own foreign policy course. Moscow wants to pull Ukraine back into Russia’s sphere of influence or, failing that, it seeks to pressure and destabilize Kyiv so as to frustrate efforts at reform and building a modern European state.

Biden should underscore US support for Ukraine; note that the Russia-Ukraine conflict poses the biggest obstacle to moving the US-Russia relationship back to something approaching “normal;” and make clear that, for starters, the Kremlin needs to make a major change in its course on Donbas, a region in eastern Ukraine where an ongoing conflict has claimed the lives of more than 13,000 people. He might offer to engage more directly—with Kyiv, not over the heads of the Ukrainians—if that would promote a settlement in Donbas. Putin will claim Russia is not a party to the conflict. Biden should reply—perhaps not the only time in this meeting—that a working relationship between the two requires that neither treat the other like an idiot.

The meeting is worthwhile and can modestly advance US interests. It will be useful for Putin to hear clearly and directly what Russian actions cross the line and will merit a response. Push-back and sanctions against Moscow’s misbehavior should be complemented by a degree of engagement, and the summit could set in motion a process to reopen serious US-Russian arms negotiations after a decade’s absence. But genuine gains will come only well down the road. The meeting in Geneva is not about achieving a reset or breakthrough; it is about better management of a difficult relationship that will remain troubled for the foreseeable future.

I think the author is over estimating both the effect and importance of sanctions against a country as self sufficient as Russia. Attempting to interfere with the internal policies of Russia is clearly a wasted effort.

Steven Pifer is a William J. Perry Fellow at Stanford’s Center for International Security and Cooperation and a former US ambassador to Ukraine. He... Read More