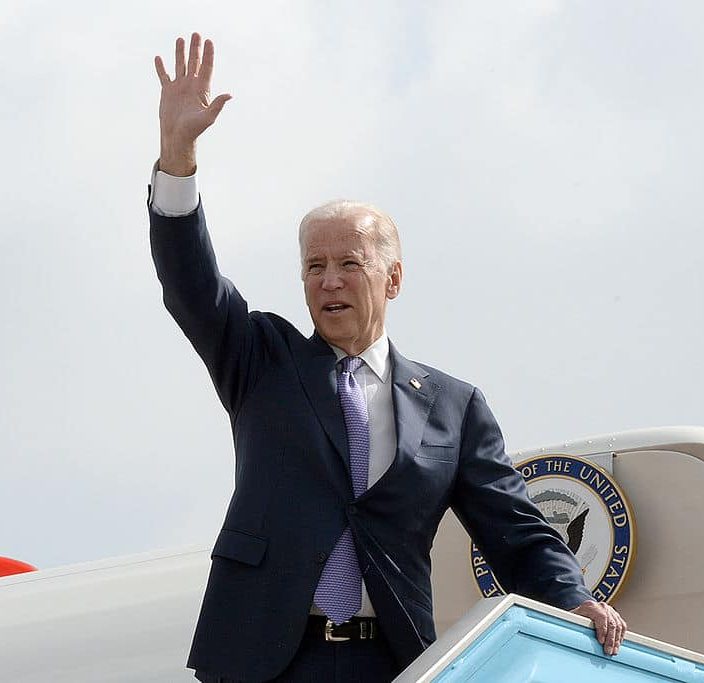 Vice President Kamala Harris recently returned from a trip to Singapore and Vietnam, where she offered Vietnamese officials an increased US Navy presence as a way to put pressure on China’s maritime activities. Speaking in Singapore, Harris accused Beijing of implementing an intimidation strategy in the South China Sea. Harris’ trip reflects the Biden administration’s growing security concerns for the Indo-Pacific, especially against the backdrop of the recent Chinese nuclear build-up, North Korean plutonium production, and expanded North Korean delivery capabilities.

To address these pressing security challenges, the Biden administration will require deft diplomacy and revitalized US alliances in East Asia. Yet this may be an uphill battle, fought in the shadow of the Trump administration’s inconsistent approach to North Korea, trade war with China, insistence on burden-sharing, and repeated failures to adequately consult with allies and partners. The Biden administration has begun to show its commitment to allies and partners in the Indo-Pacific region, but those efforts are undercut by the slow pace of diplomatic appointments and the selection of political nominees for critical diplomatic posts.

Eight months into Biden’s presidential tenure, the White House has nominated individuals to just 55 of the 189 available ambassador positions, representing less than 30 percent of the total offices. Of the 134 positions currently without a Biden administration nominee, 97 are vacant, while three belong to Obama-era nominees. The remainder are filled with selections from the Trump administration. US allies have repeatedly expressed frustration with the slow US ambassadorial appointment process, with the average time to confirmation approximately one year. But the Biden administration has been slower to fill diplomatic positions than previous administrations, and notable vacancies in many regions have not gone unnoticed. Currently, the Biden administration has unfilled ambassadorial positions in Japan, Singapore, China, South Korea, Vietnam, and the Philippines. No ambassador has yet been proposed for South Korea.

These missing and delayed diplomatic appointments affect the quality of US foreign relations. For example, repeated controversies with US ambassadors in South Korea (including one involving an unfortunate mustache) have exacerbated tensions over US-South Korean military interoperability and undermined cooperation over North Korea. Effective diplomacy requires learning about allies’ threat perceptions and preferred solutions, while collaborating with key stakeholders to explain and promote US policies. Skilled diplomats can improve policy design and ensure effective policy implementation. Vacant positions or inexperienced diplomats, however, can complicate communication and hamper the Biden administration’s commitment to addressing nuclear and conventional security challenges from China and North Korea.

Allies’ aggravation with slow appointments has been compounded by the Biden administration’s continuation of the controversial trend of nominating public and political figures for ambassador positions over career diplomats. Unlike other democracies, many US ambassadorial appointments are allocated to political donors, business leaders, and other individuals who are not career diplomats. The proportion of ambassadors fitting the description is high—approximately 30 percent since the 1950s—and growing. More than half of Biden’s current nominees are not career diplomats, including public figures like pilot Chesley “Sully” Sullenberger, University of Pennsylvania President Amy Gutmann, and Los Angeles Mayor Eric Garcetti.

But such nominees do have one advantage over career diplomats seeking ambassadorial posts; the non-diplomat nominees are 68 percentage points more likely to have made campaign contributions to the president that nominated them.

Two Biden nominees in crucial northeast Asia ambassadorships exemplify the differences between political and career appointees and highlight how ambassadorial choices can impact policy. Rahm Emanuel—a former congressman, the first chief of staff for then president Barack Obama, and former Chicago mayor—was recently nominated to the position of ambassador to Japan. Nicholas Burns—an experienced Foreign Service officer with experience in both Republican and Democratic administrations—has been nominated to join the US embassy in China.

Burns has abundant foreign policy experience, including in the nuclear realm. He served on the National Security Council during the Clinton and George H.W. Bush administrations, advising on Soviet and Russian affairs. Burns has been undersecretary of state for political affairs, ambassador to NATO, ambassador to Greece, and State Department spokesperson, among other roles. Burns has gained experience in numerous foreign policy positions at universities and think tanks. He has received the Presidential Distinguished Service Award and the Secretary’s Distinguished Service Award. An important thread in Burns’ extensive resume is his experience negotiating military and nuclear policy. Burns led negotiations over the Iranian nuclear program, the US-India Civil Nuclear Agreement, and a military assistance agreement with Israel. His expertise in this area suggests he could provide important leadership in advancing US-China policy, in light of recent security concerns. If the Biden administration seeks a “NATO-like” nuclear planning infrastructure for the Indo-Pacific or a nuclear arms reduction treaty with China, Burns would be a valuable player.

In contrast, Emanuel has no experience with international security policy, although he brings plenty of political and business experience. ProPublica once described Emanuel as “a particularly high-profile illustration of the revolving door between Washington, DC and Wall Street.” As Chicago’s mayor, Emmanuel was polarizing. His legacy has been marred by controversy over police reform and accusations about his involvement in the police cover-up of the 2014 death of Laquan MacDonald. Progressive opposition to Emanuel is seen to have dashed his hopes of a cabinet position in the Biden administration. Even his supporters have noted Emanuel’s blunt manner and sometimes-difficult temperament.

Despite these challenges, Emanuel’s close ties to the administration have been lauded as an asset for an ambassador. After all, ambassadors often provide a valuable line of communication. Emanual’s strong connections to the Biden administration may be a boon for the Japanese government and the country’s lobbyists. Japan has often had such similarly high-profile ambassadors, including Caroline Kennedy, former Senate majority leader Howard Baker, and former speaker of the House of Representatives Thomas Foley.

Yet even if Emanuel receives a warm welcome in Japan, his lack of foreign policy expertise raises questions about whether he can effectively communicate US policy and Japanese preferences. Aside from a trade delegation visit to Japan during his tenure as Chicago mayor, Emanuel has little experience engaging in diplomacy with Japan or any other foreign nation. Emanuel does not speak Japanese. He has never held a foreign service office. While he may be a shrewd political player domestically, Emanuel’s lack of foreign policy experience could complicate vital efforts to increase collaboration and joint planning on international and nuclear security concerns.

Other diplomatic appointments in the Indo-Pacific region are similarly mixed. Marc Knapper, for example, is the Biden administration’s nomination as ambassador to Vietnam. Since 2018, Knapper has served as the deputy assistant secretary for Korea and Japan. In contrast, the proposed ambassador for Singapore, Jonathon Kaplan, is a philanthropist and the current chairman of Education Superhighway, a nonprofit organization bringing broadband access to US public schools.

Although many diplomatic positions remain unfilled, several early nominations reflect the Biden administration’s serious approach to nuclear security. For example, Biden nominated Julianne Smith as the US ambassador to NATO. Smith previously served as the principal director for European and NATO policy for the secretary of defense and as deputy national security advisor to then vice president Biden. Laura Holgate has been nominated as ambassador to the United Nations in Vienna, a position that involves significant cooperation with the International Atomic Energy Agency. Holgate worked on WMD threat reduction on the National Security Council during the Obama administration. Both women would bring valuable expertise on issues of international security to the roles, should they be confirmed.

Overall, the Biden administration’s approach to diplomacy has emphasized the criticality of nuclear policy. The administration’s engagement in the Indo-Pacific region has been matched with some highly qualified appointments for ambassadorial positions central to nuclear policy issues. These selections will be especially important if the Biden administration plans to establish a regional nuclear planning group or pursue an arms reduction agreement with China. However, the slow pace of ambassadorial appointments and the nomination of some political appointees with little relevant foreign policy experience may constitute important obstacles. Without qualified diplomats heading US engagement with vital Indo-Pacific partners and allies, leaders may wonder whether America is really back.

According to Brown University’s cost of war project, $14 trillion has been spent on ‘defense’, half to contractors, from 2001-2020. What’s the GDP of North Korea? equal to a county in Mississippi? How man US companies rely on China for outsourced work? When we pivot to Asia, profit is the first motive. Meanwhile, China builds roads and infrastructure, works $ with poor countries, not all of which is our characterization “ripoffs” we can’t wait to declare to the world, some, most , is beneficial to both China and that country. Where is our diplomacy? Where are business leaders outside of… Read more »

Lauren Sukin is an assistant professor of international relations at the London School of Economics and Political Science. Her research examines the... Read More