The Lugar Center for Public Health Research in Tbilisi, Georgia, was built with US government support. Credit: Q9k2C6J3 via Wikimedia Commons.

A long study published in October 2021 argued that the Russian government, through an unprecedented and extraordinary biological weapons disinformation campaign aimed primarily at the United States and secondarily at the government of Georgia, displayed an open disdain and disregard for the Biological Weapon Convention, an international treaty with 183 member states.

In March 2022, the lies regarding biological laboratories in Ukraine are deliberate and knowing. The Russian government knows with absolute certainty that none of the charges leveled at any of the facilities in Ukraine, or at the United States, are true—in the same way it knew with absolute certainty that the similar charges that it leveled for many years at Georgia’s Lugar Laboratory were not true.

False allegations undermine the authority and legitimacy of international treaties such as the Biological Weapons Convention, whose purpose is to prevent the proliferation of weapons of mass destruction, in this case, biological weapons.

Now, in March 2022, as an unnecessary and superfluous accompaniment to its invasion of Ukraine, the Russian government has initiated yet another disinformation campaign, this time involving nuclear weapons and radiation munitions. Russia alleged variously that Ukraine had planned to develop and produce nuclear weapons, that Ukraine was preparing to make “dirty bombs” composed of radioactive materials to be scattered by high explosives, and that the United States may have supplied plutonium to Ukraine, from which nuclear weapons can be produced.

With these false charges, the Russian government has demonstrated the same destructive disregard for the Treaty on the Non-Proliferation of Nuclear Weapons (NPT) as it previously showed for the BWC and the CWC. The Soviet Union played an instrumental role in achieving the NPT in July 1968, a treaty that presently has 191 member states.

Perhaps, one might think, only a former KGB agent who had become a head of state would think that these scurrilous disinformation campaigns were appropriate behavior for a major world power. President Putin has, after all, turned Russia into an empire of disinformation. But Putin is not alone. In the very same week, one sees the same lies—those concerning biological weapons and the United States—becoming a staple of the statements by the spokesman of the Ministry of Foreign Affairs of China, Zhao Lijian.

The US has 336 labs in 30 countries under its control, including 26 in Ukraine alone. It should give a full account of its biological military activities at home and abroad and subject itself to multilateral verification. pic.twitter.com/vEiytBRKuo

Yes, 336 facilities have received funding support under the US Biological Threat Reduction Program. This program was initiated in 1997 to demilitarize former Soviet biological weapon research, development, and production facilities in Russia and the newly independent states formed on dissolution of the Soviet Union and to convert them to civilian public-health facilities.[1] The program was subsequently expanded to improve the capabilities of public-health facilities in many other countries. None of the 336 facilities are “US … labs” and none are “under its control.”

RELATED:
War and peace: imagining a way from one to the other in Ukraine

In their joint statement on February 5, 2022, Presidents Xi Jinping and Vladimir Putin stated:

“The sides emphasize that domestic and foreign bioweapons activities by the United States and its allies raise serious concerns and questions for the international community regarding their compliance with the BWC. The sides share the view that such activities pose a series threat to the national security of the Russian Federation and China and are detrimental to the security of the respective regions. The sides call on the U.S. and its allies to act in an open, transparent, and responsible manner by properly reporting on their military biological activities conducted overseas and on their national territory…The sides, reaffirming their commitment to the goal of a world free of chemical weapons, call upon all parties to the Chemical Weapons Convention to work together to uphold its credibility and effectiveness.”

It is of enormous significance—and perhaps unprecedented in post-Cold War diplomacy—that the heads of state of Russia and China included such false and hypocritical remarks in a major statement.

Two of the most important countries in the world have made a mockery of truth, turned disinformation into a plaything, and are undermining all three international treaties—the BWC, the CWC, and the NPT—whose purposes are to dissuade countries from obtaining weapons of mass destruction.

[1] 2020 Meeting Geneva, 22-25 November 2021, Item 6 of the provisional agenda, Consideration of the factual reports of the Meetings of Experts reflecting their deliberations, including possible outcomes. Article X Cooperation and Laboratory Support: The Example of the Biological Threat Reduction Program, Submitted by the United States of the America, 22 November 2021 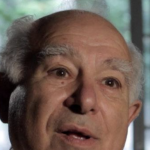 Milton Leitenberg is a senior research associate at the Center for International and Security Studies at the University of Maryland (CISSM).... Read More