Russia says Ukraine is preparing a “dirty bomb.” Is it true, and what does it mean? 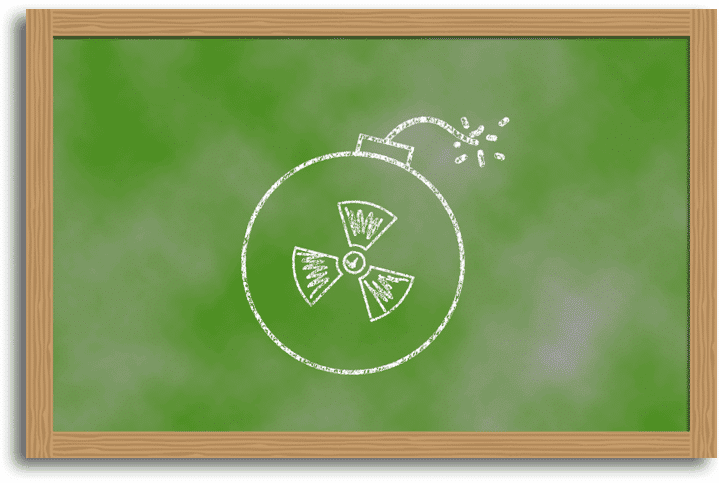 On October 23, Russian Defense Minister Sergei Shoigu claimed that Ukraine was preparing to use a “dirty bomb”—a weapon that uses conventional explosives laced with radioactive material. In a series of phone calls to his counterparts in France, Turkey, the United Kingdom, and the United States, Shoigu said that he was “concerned about possible provocations by Kyiv involving the use of a dirty bomb.”

Western officials quickly rejected the notion that Ukraine was preparing any such “false-flag operation” that would blame Russia. NATO’s secretary-general, Jens Stoltenberg, denounced the Russian accusations, telling Politico in an interview that “The allegation that Ukraine is preparing to use dirty bombs in Ukraine is absurd.” To dismiss any thoughts of wrongdoing, Ukraine requested that the IAEA, the UN’s nuclear watchdog, inspect the two nuclear locations in Ukraine that were mentioned in Russia’s accusations. The inspections are intended to detect any possible undeclared nuclear activities and materials.

Neutral bystanders also dismissed the likelihood and significance of a dirty bomb being used in Ukraine. Pavel Podvig, an independent expert on Russian nuclear forces, said on Twitter that any use of a dirty bomb in Ukraine would not change much on the ground, either militarily or politically. William Alberque, Director of Strategy, Technology and Arms Control at the International Institute for Strategic Studies, noted that there was little reason for Ukraine to resort to such an extreme when it was already winning on the battlefield, saying that Ukraine would not “risk everything by detonating a ‘dirty bomb’ to simulate a tactical nuclear weapon and blame it on Russia.”

Officials and experts seemed to agree that the dirty bomb episode was a distraction by Russia, though its exact motives are unclear. On Monday, NATO’s Stoltenberg warned on Twitter that “Russia must not use [this allegation] as a pretext for escalation.”

Spoke with ?? @SecDef & ?? @BWallaceMP about #Russia’s false claim that #Ukraine is preparing to use a dirty bomb on its own territory. #NATO Allies reject this allegation. Russia must not use it as a pretext for escalation. We remain steadfast in our support for Ukraine.

To be sure, it would be easy enough to get the raw materials for such a bomb; earlier in the war, looters raided a radiation monitoring laboratory at Chernobyl, reported the peer-reviewed journal Science. The lab contained dangerous materials such as the powerful radioactive isotopes used to calibrate instruments—as well as intensely radioactive samples from the infamous Chernobyl reactor meltdown in 1986. These radioactive materials can be mixed with conventional explosives to form a dirty bomb, with potentially widespread contamination.

RELATED:
Why a new convention to protect nuclear installations in war is a bad idea

This is not the first time that there have been worries about dirty bombs—to varying degrees. The effects of a dirty bomb depend on many variables, from the type of radioactive materials used, to the amount of smoke and debris in the air, to the proximity to the blast. In any case, the amount of land area that would be affected by a dirty bomb is a lot less than that of a nuclear bomb: A dirty bomb could spread radiation only over a few square miles, while a full-blown nuclear bomb would spread radiation over hundreds of square miles. The differences are so extreme that the US Nuclear Regulatory Commission has written that “A dirty bomb is in no way similar to a nuclear weapon.”

Which is not to say that there is no cause for alarm. There would have been long-term medical repercussions if, for example, the Boston Marathon bombing had involved a dirty bomb, as George M. Moore—scientist-in-residence at the James Martin Center for Nonproliferation Studies at the Middlebury Institute of International Studies at Monterey—noted in these pages in 2013: “If the Boston marathon had been attacked with dirty bombs, hospitals would have received contaminated victims and patients with radioactive material embedded in them. Protocols for dealing with these problems could have led to delays and further loss of life.”

Perhaps the biggest take-away comes from a later Bulletin article written by Moore in 2019, in which he noted: “The typical realistic scenario for a dirty bomb is certainly serious, but many experts believe that the immediate danger to people would be minimal: It’s the explosion of a dirty bomb that would kill or injure people. On the other hand, the cleanup costs of an incident and other economic losses might be enormous. As a example, remember the cleanup costs associated with the post-9/11 anthrax letters.”

RELATED:
US and EU imports of Russian uranium and enrichment services could stop. Here’s how.

Despite its potential for harm, the scale of destruction from a dirty bomb is in no way comparable to the detonation of a tactical or strategic nuclear weapon. As Elisabeth Eaves noted in a 2016 Bulletin article: “Dirty bombs have more in common with nuclear medicine than nuclear war…”

Please do note that the Science.org article, while making it clear that the russian troops were menacing and a direct hindrance to the Ukrainian workers, did not at any point mention that the looters were russian.

Thanks for pointing that out to us. We updated the sentence. Best, François

François Diaz-Maurin is the associate editor for nuclear affairs at the Bulletin of the Atomic Scientists. Previously, Diaz-Maurin was a... Read More

Dan Drollette is the executive editor of the Bulletin of the Atomic Scientists. He is a science writer/editor and foreign correspondent who has filed... Read More