The world’s nuclear arsenal ballooned in the mid-1980s. Together, the United States and the Soviet Union possessed a staggering 64,099 nuclear warheads. Yet within a few years, US President Ronald Reagan and Soviet General Secretary Mikhail Gorbachev forged a mutual trust that helped eliminate an entire category of weapons: intermediate-range nuclear missiles.

Although their talks progressed in fits and starts, neither leader abandoned his conviction that the time had come to end the arms race for good. The trust built by their ongoing communication was such that by the time they signed the Intermediate-Range Nuclear Forces (INF) Treaty at the White House in 1987, President Reagan told his counterpart: “In working situations, my name is Ron." Gorbachev replied, "My name is Mikhail."

Under the INF Treaty, the Soviet Union destroyed 889 of its intermediate-range missiles and 957 shorter-range missiles, and the U.S. destroyed 677 and 169 respectively. It is the only treaty to eliminate an entire category of nuclear weapons.

Reagan and Gorbachev exchanged 33 letters between 1985 and 1987. They forged a mutual trust that drove the first US–Soviet agreement to reduce nuclear stockpiles.

After the United States and Russia accused one another of violating the treaty, both countries suspended their treaty obligations early in 2019. The United States formally withdrew from the INF treaty in August 2019. 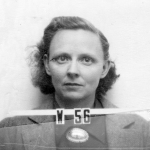 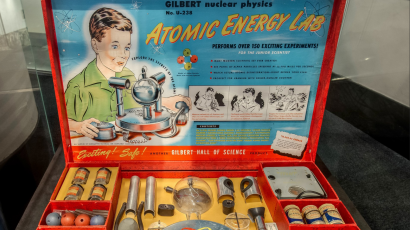 Steven Weinberg, Nobel Laureate in physics and Bulletin board member, dies at 88

Climate scientist: “It’s already worse than what I imagined”

Steven Weinberg, Nobel Laureate in physics and Bulletin board member, dies at 88

Climate scientist: “It’s already worse than what I imagined”