Since last fall, Air Force Gen. Kevin Chilton, commander of U.S. Strategic Command, has been stumping for the so-called Reliable Replacement Warhead (RRW) Program, which would develop new nuclear warheads to swap into the U.S. arsenal. In a sit-down with Wall Street Journal editors last November, Chilton held aloft a prop to make his case: “I remember what these things were for. I bet you don’t. It’s a vacuum tube. My father used to take these out of the television set in the 1950s and 1960s down to the local supermarket to test them and replace them.”

Vacuum tube in hand, he delivered what, according to the Journal, was the punch line: “This is the technology that we have . . . today.” He then took out a microchip, explaining to the credulous editorial board that, by withholding funding for the RRW Program, Congress has prevented the nuclear weapons complex from replacing outdated vacuum tubes with modern solid-state electronics.

U.S. nuclear weapons are marvels of engineering and design. Within each warhead, scientists have packed an intricate web of plastics, explosives, electronics, and fissile material that contains the bomb’s destructive force. Since implementing a moratorium on nuclear testing in 1992, the United States has opted to extend the life of existing warheads while minimizing deviations from the original specifications. Exact replication isn’t always possible; suppliers go out of business, manufacturing techniques change, and so on. Worried about the eventual accumulation of small changes over decades, the Bush administration proposed the RRW Program to introduce new, untested–but hopefully more reliable–nuclear weapons into the U.S. stockpile.

Enter the vacuum tube: the perfect symbol of technological obsolescence. Despite Chilton’s dramatic flair, however, vacuum tubes are among the least consequential parts of current weapons and have nothing to do with the RRW debate.

Firstly, vacuum tubes are not used in the physics package of a single nuclear weapon design. Vacuum tubes are used only in the radar-fuse, which tells the firing system when the bomb is at the correct altitude for detonation, in some modifications (mods) of one warhead design, the B61 gravity bomb. In total, the B61 bombs that have vacuum tubes in their radar-fuses account for only about one in ten operationally deployed warheads. (Vacuum tubes are used in the radars of three B61 mods: 3, 4, and 7. Mods 10 and 11 have newer radars that use solid-state electronics.) The fuses in these weapons are old, but perfectly functional. To reiterate, vacuum tubes are not in use in any other warhead design, including the W76 warhead, a portion of which would be replaced by the first RRW warhead, the WR1, if it ever were funded and developed.

Secondly, the Energy Department has routinely replaced radars without nuclear testing or redesigning the physics package. In fact, during the 1990s, Sandia National Laboratories scientists developed the MC4033 common radar, which uses solid-state electronics, for planned refurbishments of the B61 and B83 gravity bombs. All B83 bombs now use the common radar, though similar plans to fit a new radar on all B61s have been repeatedly deferred.

Most recently, in 2006, Sandia planned to replace the remaining B61 vacuum tube radars as part of ALT 364/365/366. The National Nuclear Security Administration, which overseas the nuclear weapons complex, canceled these latest ALTs, which would have resulted in the removal of the last vacuum tubes from the U.S. nuclear stockpile, because the U.S. Air Force preferred replacement to life extension. Due to this absurd twist, one could say that vacuum tubes remain in the U.S. nuclear arsenal in part because of the RRW, contrary to Chilton’s insistence that the RRW is needed to get rid of them.

The bottom line is that vacuum tubes are used only sparingly in the U.S. nuclear arsenal and can be replaced on short notice if the need arises, independent of whether Congress funds the RRW Program. Of the many reasons that Defense and Energy officials have put forth to justify the RRW Program, the need to replace vacuum tubes is the worst and has no place in the debate about the RRW or modernizing the nuclear stockpile. General Chilton can stick that prop in his, um, pocket. 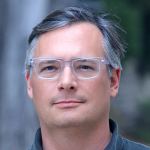 Kingston Reif is the director for disarmament and threat reduction policy at the Arms Control Association, in Washington, DC, where his work focuses... Read More