Avoiding the clash over the Iran arms embargo: How Europe can square the circle

On Saturday, April 18, US Secretary of State Mike Pompeo cautioned on Twitter that the “clock is ticking.” He was not referring to the desperately needed COVID-19 vaccine, but rather what in Pompeo’s world seems to be the primary existential threat to the United States: Iran. His countdown relates to Iran’s ability to import and export conventional arms, which is currently blocked by a UN embargo. But that embargo will expire in October, less than three weeks before the US elections. The United States wants to extend it, and Pompeo has developed a contorted strategy to do so.

France, Germany, and the United Kingdom will have to decide whether to support the US cause or oppose it. Neither option is ideal; either one could have disastrous consequences for the 2015 nuclear deal. The best course may be to let the embargo expire but simultaneously force stringent new conditions on conventional arms transfers.

Following the nuclear agreement reached between world powers and Iran in 2015, the UN Security Council adopted resolution 2231. Per the resolution, previous UN restrictions on conventional arms sales to Iran would expire after five years—in October 2020. The end of the embargo is one of the few remaining benefits that Iran can point to under the Joint Comprehensive Plan of Action after the Trump administration left the deal and reimposed crippling sanctions in May 2018. Even as Tehran has begun to reduce its own compliance in response to US sanctions, Iran’s President Hassan Rouhani has hailed the country’s looming access to arms. This is a tangible reason for Iran to keep one foot in the deal and prevent Rouhani’s domestic hardline opposition from insisting on Iran’s complete exit.

France, Germany, and the United Kingdom will together have an influence over where discussions lead at the UN Security Council on the issue. As parties to the nuclear deal, these countries have attempted to preserve the agreement, in the hope that Tehran and Washington can find a way back to the negotiating table. If the nuclear agreement can limp along until October, the leaders of these three will need to think carefully about how they manage the conventional arms embargo issue without derailing diplomacy on the more strategically significant nuclear file.

As part of its relentless maximum pressure campaign, the United States will no doubt seek to lobby the UN Security Council members to vote in favor of a resolution to extend the arms embargo against Iran. This is especially so after Iran’s successful launch of a military satellite this month, which Pompeo claims violates resolution 2231. The United States will face a showdown with Russia and China, who have traditionally protected Iran against such moves at the United Nations and would be the first countries to benefit from arms exports to Iran. Still, Russia and China are not guaranteed vetoes, meaning France and the United Kingdom, as veto-holding countries, will hold some sway over the final outcome.

After the uphill struggle to sustain the nuclear deal for almost four years since President Trump was elected on a promise to “dismantle the disastrous deal,” it is not in the European security interest to risk blowing up the agreement just days before the US elections.

But either course could put the nuclear agreement at risk. One on hand, siding with United States to keep the arms embargo in place will be seen by Tehran as the last straw. Iranian officials have been explicit that such an outcome would most likely lead to Iran withdrawing from the nuclear agreement and also the Non-Proliferation Treaty (NPT).

On the other hand, opposing the United States could lead to equally serious consequences. The United States is reportedly looking into a highly contested measure under resolution 2231 to unilaterally “snapback” sweeping UN sanctions—ironically using a mechanism within the nuclear deal despite having already left it. The Trump administration plans to try this legal tactic if its efforts to extend the arms embargo fall short. Snapping back UN sanctions, too, could force Iran to withdraw from the nuclear deal or the NPT.

On its own, the practical impact of lifting the UN conventional arms embargo is likely to be minimal. The biggest concern Europeans have on this issue is Iran’s export of arms to non-state armed groups in the Middle East, such as Houthi forces in Yemen and Hezbollah in Lebanon, who are viewed by European partners in the region as a direct threat. Arms transfers to such groups will remain prohibited under other UN Security Council measures, including resolution 2216 relating to Yemen and resolution 1701 on Lebanon, that will continue to be enforced. Moreover, the EU arms embargo on Iran introduced in 2007 remains in place until at least October 2023. After Brexit, the United Kingdom will most likely introduce its own restrictions.

It is unrealistic to think Iran will be flooded by new arms purchases given its access to global financial platforms has been cut off by US unilateral sanctions. As the COVID-19 outbreak highlighted, US sanctions have played a large role in blocking Iran’s access to and payment channels for even humanitarian goods that are in theory exempt. So it is unlikely that Iran could purchase a vast quantity of arms from Russia or China in ways that would present a high risk to Western countries or their partners in the Middle East.

Moreover, while China and Russia may try to sell low-quality weapons to Iran, it is far from clear how eager they will be to supply it with newer systems. Despite its close security partnership with Russia, Iran has faced hurdles in transferring sophisticated arms. For example, the Russian S-300 missile defense system took nearly a decade to deliver after the transfer was agreed. The S-300 system is not covered by the UN arms embargo, and yet Russia still dragged its feet on delivery. More recently, Moscow reportedly rejected Iran’s request to purchase the upgraded S-400 missile defense system.

RELATED:
A Russian perspective on Iran’s final offer for a nuclear deal

Given these realities, European countries should be clear-eyed about the consequences of an expiring UN arms embargo. At the same time, they must dissuade the Trump administration from taking steps that could destroy the nuclear agreement altogether. Instead of getting tangled up in legal arguments over the embargo or snapping back broad sanctions, France, Germany, and the United Kingdom should look to bridge the divide at the Security Council.

A sensible option would be to allow the existing UN arms embargo to expire as planned in October. In advance of this, France, Germany, and the United Kingdom can formulate a new set of stringent conditions, or codes of conduct, to be agreed to by the UN Security Council for future arms sales to Iran. These will be enforced alongside existing embargos related to the proliferation of arms in the region. The remaining parties to the nuclear deal can present the rationale for these measures as being tied to Iran’s own non-compliance, making clear to Tehran that these restrictions will lift if it comes back into full compliance with the agreement.

Hawks in the US administration are likely to push back. However, if the European countries can bring Russia and China on board, the United States may take a more rational course. The Trump administration has been willing to take some rare pragmatic steps on Iran, such as continuing to issue sanctions waivers to allow other countries to cooperate on Iran’s civil nuclear program without penalty. It is worth testing if the same is feasible on this issue, especially if the Trump administration can be presented with a “victory” that is easier and less politically costly than the risky and divisive snapback route.

The United Kingdom, France, and Germany should act preemptively before October to find a solution at the UN level. There is a risk that if the issue becomes contentious in the run-up to the US elections, both the Trump administration and the Biden campaign will be forced to act hawkish rather than pragmatically on this issue to appeal to voters. In taking steps to bridge the dispute over the arms embargo against Iran, European countries should protect their strategic interest to contain Iran’s nuclear program while refraining from action that damages the prospects for a much-needed diplomatic track between the United States and Iran after November, whether under a Trump or Biden presidency.

Dear people, keep it simple, back to full implementation of JCPOA. Give full sanctions relief as was promised and as has been earned by following what Iranians earned by sticking with what they have agreed to. UN resolutions? Israel routinely violates UN resolutions with US backing.

This will be serious but the rest of the human race has to stand up to the Trump/Pompeo disaster and that before Tuesday, November 03 of this year. 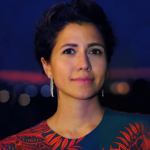