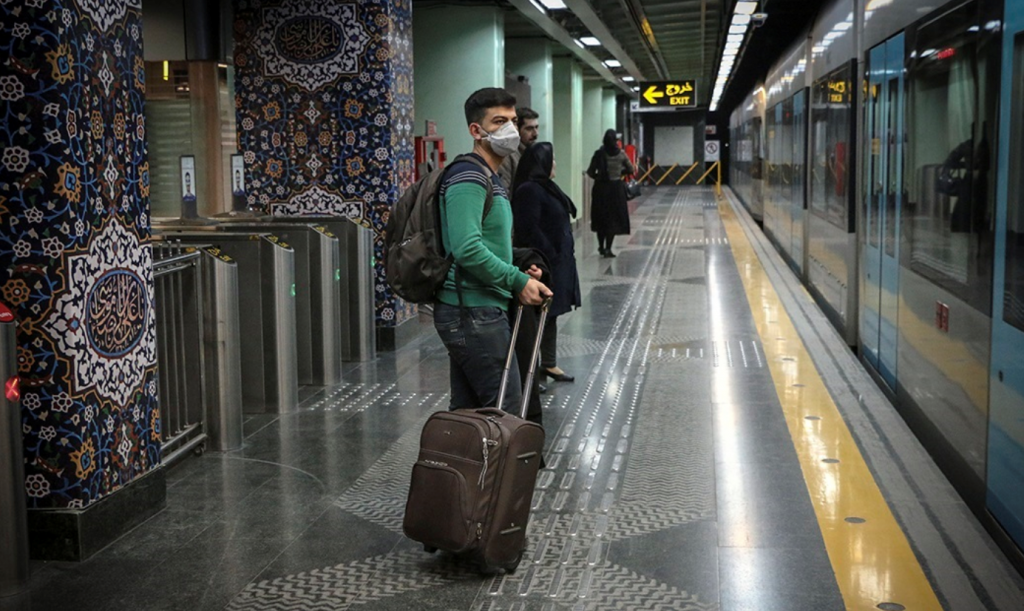 From its very outset, Iran’s response to the coronavirus pandemic has been shrouded in secrecy, cover-ups, and arrests redolent of authoritarian reactions to large-scale crises. In late February, as the news of COVID-19’s spread became impossible to hide, the authorities resorted to belated containment measures in a bid to quell the mounting public anger. By mid-April, just as some of these measures were beginning to have an effect, Iran’s government—battered by sanctions, economic mismanagement, and a precipitous fall in oil prices—was forced to try to gradually reopen its economy, making it one of the first countries to do so.

The results have been less than favorable. The crisis has widened the chasm between the state and society, with little economic gains to show for it.

Background to the outbreak. The relations between the regime and the people were quite tense even before the outbreak of the coronavirus as a result of several recent major shocks to the establishment’s legitimacy.

First, in November 2019, Iran was rocked by the deadliest anti-regime protests since the 1979 revolution in which an estimated 1,500 protesters lost their lives. As the protests spread all over the country, officials shut down the internet for six consecutive days. The heavy-handed response was heavily criticized, both domestically and internationally.

The regime suffered another blow to its legitimacy in January 2020, when the Revolutionary Guards, a paramilitary group tasked with protecting Iran’s political system, shot down a Ukrainian Airlines passenger plane killing all of the passengers and crew on board. After denying any involvement for three days, authorities were eventually compelled to admit culpability. Angry protests erupted.

By the time the coronavirus outbreak occurred, there was already pent-up public anger against the establishment. From the very beginning, disinformation and cover-ups became the modus operandi of the officials. As early as January 22, a hospital in Qom had received patients showing symptoms of coronavirus, and a few of them died. Yet, on January 24, Iran’s Health Ministry announced that it had not found even one suspected coronavirus case in the entire country. The government would continue to deny the existence of cases for almost another month.

To make matters worse, at a time when flights to China by many other countries were halted, Iran’s Mahan Airlines persisted, even sending flights directly to Wuhan. In late January, Reza Jafarzadeh, a spokesman for Iran’s Civil Aviation Organization, noted that flights to China were still underway, further heightening fears among many Iranians. Later, a BBC documentary revealed that Mahan Air ran hundreds of flights to and from Iran, Iraq, Lebanon, Syria, and the United Arab Emirates between late January and the end of March, spreading the virus not only throughout Iran, but also across the entire Middle East. Sources who worked for the airline revealed that the cabin crew, despite showing symptoms of COVID-19, were prevented from talking about their conditions.

RELATED:
Researchers hacked a lab's pathogen containment system. Was it a good idea to publish the results?

By February, the cases of coronavirus became extremely difficult to conceal. Iran’s interior minister, Abdolreza Rahmani Fazli, had to admit that there was a likelihood that coronavirus had reached Iran. But the health ministry still had not confirmed a single case.

What accelerated the spread of the virus were two key events in February: celebrations for the 41st anniversary of the revolution and parliamentary elections. To boost participation in both of these events (which still registered poor turnout), the authorities hid COVID-19’s spread. They also refused to quarantine the epicenter, Qom. Iran only admitted having coronavirus cases on February 19, after at least two people had died from it.

It was quite striking when, on February 24, Iraj Harirchi, the deputy health minister, gave a press conference and denied covering up the extent of the pandemic. As he spoke, he coughed repeatedly and kept wiping sweat from his forehead. The following day, he, too, tested positive. By early March, 8 percent of Iranian parliamentarians had tested positive.

Iranian authorities also gave contradictory reactions throughout the crisis. From utterly denying that the virus had reached Iran, the authorities shifted their narrative to blaming the Americans both for causing the pandemic itself and for Iran’s lack of access to protective equipment.

Yet despite concerns about a shortage of such equipment, Iran still donated one million masks to China in early February. In a speech in late March, Iran’s supreme leader said that the Americans had offered medical help, but that he had he refused, while also accusing the Americans of having deliberately created the virus.

Reopening with unreliable data. Another significant issue is the reporting of the number of cases in Iran. In one instance, an Iranian official even admitted on television in late April that he had received directives from the health ministry as well as from the National Security Council not to report on the number of coronavirus cases. According to a report by Iran’s own parliament, the death toll in the country could be at least twice what has been reported, and the number of cases could be at least 10 times higher. Around the same time, a spokesman for Iran’s armed forces, Brig. Gen. Abolfazl Shekarchi, said 3,600 Iranians had been arrested for “spreading rumors on coronavirus,” including about official tallies.

RELATED:
The Strategic National Stockpile failed during COVID and monkeypox. Will it come through next time?

Under acute economic pressure, the Rouhani government started relaxing the containment measures on April 11. Since then, the country has been hit by a resurgence of cases in various provinces of the country. Mosques in 132 towns were reopened for worship, even as the deputy health minister warned that this did not mean that “the situation is back to normal.” Recently, the southwestern part of Iran has been hit hard by the resurgence, prompting the authorities to impose new containment measures.

The real statistics on coronavirus in Iran will probably never be available. Yet, what is abundantly clear is that the regime’s mishandling of another crisis has further dented its legitimacy. The father of Iran’s reform movement and Iran’s former president, Mohammad Khatami, recently admitted in a recorded speech that  there was widespread discontent amongst Iranians and that violent protests would be inevitable. A similar view was voiced by Faezeh Hashemi, a long-time reformist voice and the daughter of the deceased former president Akbar Hashemi Rafsanjani, in an interview: “The regime has lost all popular support, and yet it is incapable of change. The result is that the Iranian people have lost hope. We are hopeless now.”

Lessons for the world. As Iran has reopened its economy, the country has been hit by a second wave of infections that continue unabated to date. Although authorities deceptively gave the impression that Iran’s curve had been flattened in early April before the economy reopened, a member of Iran’s coronavirus taskforce later said, “the coronavirus curve has not flattened anywhere in the country,” once again casting doubts on the numbers.

A second lesson is the importance of transparency and accurate record-keeping on coronavirus cases and deaths. Unfortunately, Iran is a perfect example of an authoritarian government attempting to look competent and effective by keeping the numbers low and restarting the economy as quickly as possible. Yet, this approach is unlikely to be successful and runs the risk of rendering a second wave more deadly than the first.

Good reporting. Why cannot we all do better? Which national government is least trusted, USA or Islamic Republic? Personally I listen to my NYS governor Andrew Cuomo and pay attention to my County Executive and County Health Commissioner.

Testing and tracing ONLY? What is missing is ISOLATION. Only one country to my knowledge does this. The result? It is the only country with ZERO deaths.

Look back thousands of years and we see ISOLATION from infectious diseases.

Vahid Yücesoy is a PhD candidate in political science and international relations at Université de Montréal, Canada. He’s a specialist of... Read More