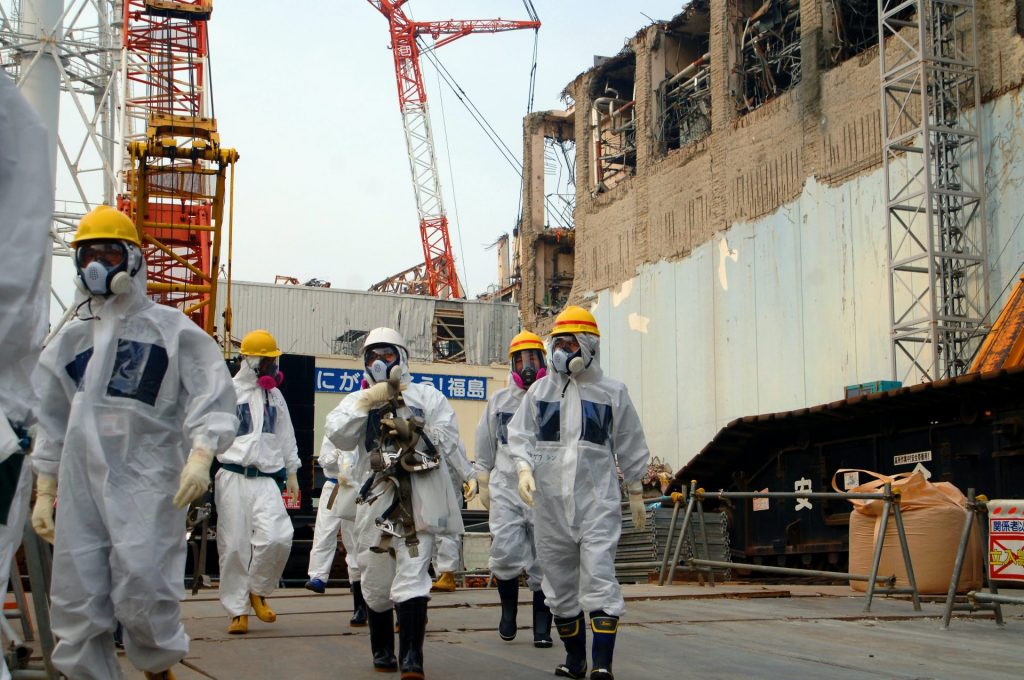 On March 11, 2011, 10 years ago this week, a massive earthquake and tsunami flooding triggered a power blackout at the Fukushima Daiichi nuclear plant in Japan, causing three reactors to melt down and release massive amounts of radioactive material. Last summer, an aging nuclear reactor several miles outside of Cedar Rapids, Iowa came uncomfortably close to experiencing a similar fate.

On August 10, a powerful storm called a derecho swept through the Midwest with wind gusts of up to 130 miles per hour, cutting off the external power supply to the Duane Arnold Energy Center, a General Electric reactor of the same type and vintage as the doomed Fukushima Daiichi units. A pandemic-weary nation didn’t pay much attention, but it should have. According to a preliminary Nuclear Regulatory Commission (NRC) analysis, this was the most serious US nuclear power plant incident in at least 18 years.

Duane Arnold, which its owner, NextEra, had been planning to shut down at the end of October 2020 for economic reasons, was already in a vulnerable state. It was operating at only 80 percent of capacity because the primary containment had been overheating due to a cooling system leak, and there was a ruptured nuclear fuel element in the core. In addition, major pieces of safety equipment were out of service for maintenance.

At 12:49 p.m. local time, Duane Arnold automatically shut down after the derecho took down all six power lines supplying the plant. The reactor’s two emergency diesel generators started up as expected. However, the nuclear fuel remained hot, and it took plant operators 14 hours of deft maneuvering to stabilize and cool down the reactor—a process that was not trouble-free. Operators violated technical restrictions several times, one of the two spent fuel pool cooling pumps blew a fuse, and a strainer that filtered potentially damaging debris from the cooling water supply to one of the diesel generators became clogged and had to be bypassed. Off-site power to the plant was not restored until nearly 24 hours after it was lost.

RELATED:
Zaporizhzhia on the brink: How deteriorating conditions at the nuclear power plant could lead to disaster

Meanwhile, the destructive derecho had blown down the cooling towers that normally provide shutdown heat removal, punched a hole in the reactor’s secondary containment, and ripped large sections of siding from the turbine building. The storm also damaged one of two storage buildings containing emergency backup equipment that the NRC required all nuclear plants to acquire after Fukushima, rendering that equipment inoperable. Given all this damage, NextEra decided to scrap the plant then and there, rather than repair it for only another couple of months of operation.

Although operators were able to compensate for all the problems and shut down Duane Arnold safely, the NRC estimates that there was at least a one-in-1,000 chance, on average, that the reactor could have experienced a meltdown. The NRC considers such high-risk events “significant” precursors to a severe accident. For example, if the reactor’s emergency diesel generators had failed, a station blackout similar to the Fukushima accident would have occurred. (The NRC risk estimate optimistically assumes a nearly 90 percent chance that personnel would have been able to save the plant even after a blackout, which workers had failed to accomplish three times over at Fukushima.)

The NRC initially decided not to conduct a more intensive inquiry of Duane Arnold’s near-miss and its potential implications for other US reactors. John Hanna, an NRC analyst who dissented from this decision, wrote: “Some population of our commercial reactor fleet may have unacceptably high risk due to (weather-related) losses of off-site power coincident with a challenge to the ultimate heat sink. I am of the opinion that the Duane Arnold event is ‘telling us something,’ and I think we, as an agency, should listen.”

RELATED:
French nuclear power reactors in India: Are they worth the wait (and cost)?

In response to Hanna’s concerns, the agency did agree to undertake a review, which should be completed this month. Unfortunately, it is highly unlikely that the NRC will take action even if it finds other plants with similar risks, as the agency continues to maintain an “it can’t happen here” attitude. After Fukushima, the NRC ordered all nuclear plant owners to reassess their facilities’ vulnerability to natural disasters such as floods and earthquakes, and most found that their sites faced more severe hazards than they were required to withstand. Regardless, the NRC decided that it was unnecessary for owners to harden their plants’ defenses against these updated threats. Under the leadership of newly appointed chairman Christopher Hanson, the NRC should reverse course and require nuclear plants to thoroughly prepare not only for the known hazards they face today, but also for the potentially greater disasters that climate change will likely bring in the future. Otherwise, a US Fukushima-like disaster may be all but inevitable.

Amazing that the NRC and industry thinks this is acceptable!. It should not been allowed to operate at 80%, it should have been taken offline. “It was operating at only 80 percent of capacity because the primary containment had been overheating due to a cooling system leak, and there was a ruptured nuclear fuel element in the core. In addition, major pieces of safety equipment were out of service for maintenance.” The NRC is a captured agency and can not be trusted. I have been attending NRC meetings snd reading documents for a decade. We are on borrowed time. The… Read more »

Ed Lyman is correct that US nuclear power plant risks are ultimately a function of who is in charge. Americans and downwind populations should accordingly demand their Congressional reps to detail what exactly they are doing NOW to ensure that all plant owners and operators and the current, newly appointed NRC Chairman Christopher Hanson are going to expeditiously “reverse course and require nuclear plants to thoroughly prepare not only for the known hazards they face today, but also for the potentially greater disasters that climate change will likely bring in the future”. More importantly, the nuclear energy experts at leading… Read more »

Edwin Lyman is the Director of Nuclear Power Safety at the Union of Concerned Scientists. He earned a PhD in physics from Cornell University... Read More

The new US nuclear posture review is a major step backward