Visualizing the news from Ukraine

A grid of verified video of devastation in Ukraine compiled by the New York Times.

Russia’s invasion of Ukraine has been called the first social media war. For anyone vaguely aware of the conflict (even children), the constant stream of video carnage and horrifying tweets has been unavoidable and overwhelming since Russia invaded the country more than a month ago.

The extensive documentation of the war—supplied by thousands of smart phones, satellite imagery, unencrypted military communications, and open source intelligence—has  also afforded news organizations an opportunity to provide more detail and context about events in Ukraine than in any war coverage previously produced. Visual investigation and graphics teams are more valued in their newsrooms than ever.

We’ve gathered some of the most useful and impressive multimedia stories, overviews, and graphics published about the conflict so far. From radio intercepts to interactive maps, these reports and explainers offer an immersive and accessible view of the war, and represent some of the best digital journalism constructed to address the destruction in Ukraine.

Waging war. One of the most surprising aspects of the conflict has been the overall effectiveness of Ukraine's defense against the invasion. Despite ostensibly mismatched forces and with Western military support confined to funding and equipment, Ukraine has limited much of Russia's movement around the country and into most major cities. These multimedia and video pieces help explain how.

The New York Times has produced consistently impressive multimedia pieces on Ukraine, including this examination of why Russia's seemingly superior forces were unable to capture Kyiv. A birds-eye view alternates with footage of Ukrainian attacks on Russian troops as you scroll. 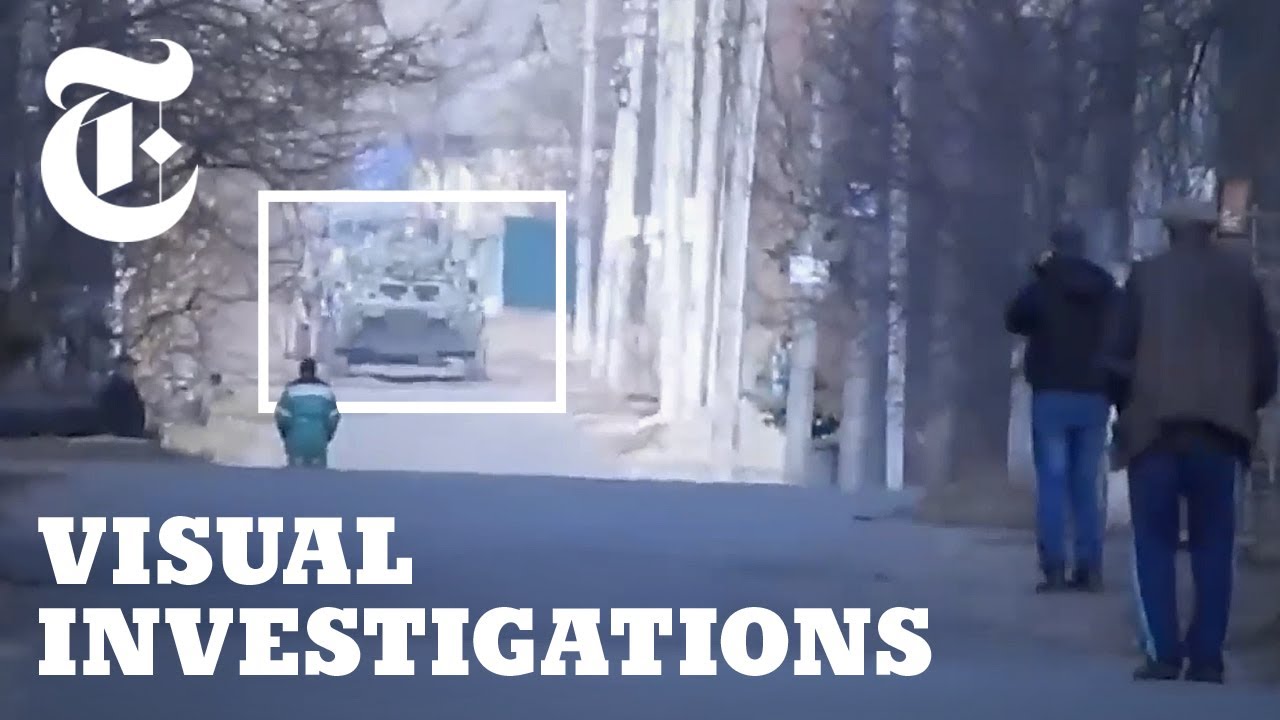 This video produced by the New York Times' Visual Investigations team collates information from social media and official statements with Russian military radio transmissions during an attempted seige of a town outside Kyiv, revealing the disarray within the Russian forces.

Reuters' graphics team details with diagrams and maps the various weaponry deployed in Ukraine, from Molotov cocktails and Turkish drones to Iskander missiles and cluster bombs.

Maps. Like the videos and photos of wastelands left by Russian shelling and of civilians fleeing the devastation, maps of Ukraine are now ubiquitous. Many aren’t particularly useful. But some well-designed maps paint a digestible picture, with context, of the many factors influencing the conflict. Others are interactive and updated minute-to-minute, combining the geography of war with geolocated details of attacks and other events.

Reuters graphics team has a collection of pages with unique maps and charts that cover various factors influencing and influenced by the conflict, including energy, sanctions, weapons, and air travel. 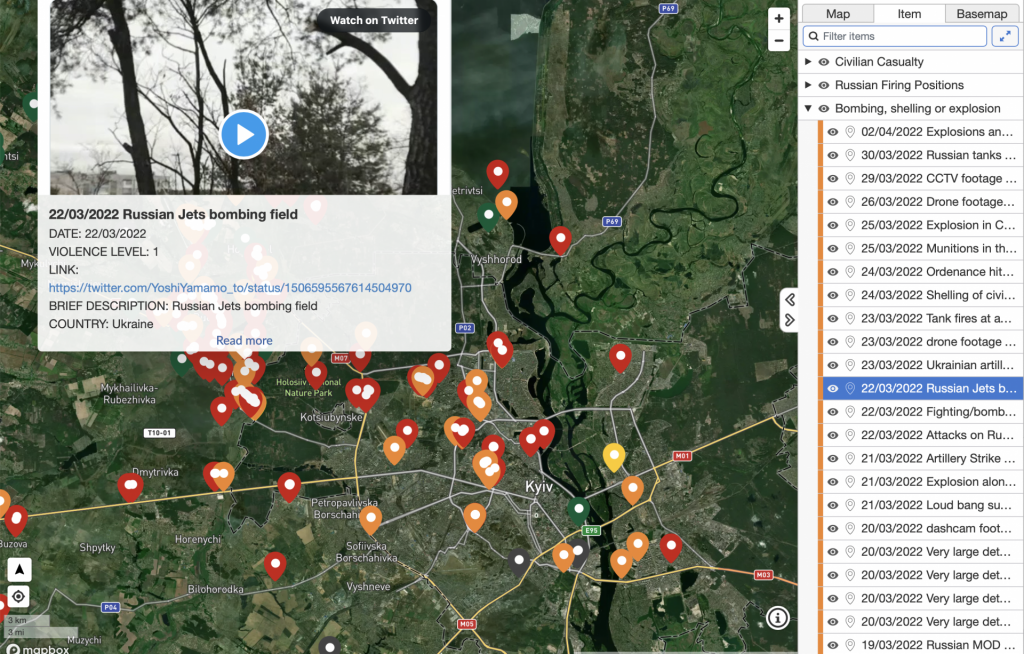 The Russia-Ukraine Monitor Map by the Centre for Information Resilience gathers "significant incidents" verified by the open source community with details of each, including video, photo, or satellite imagery. 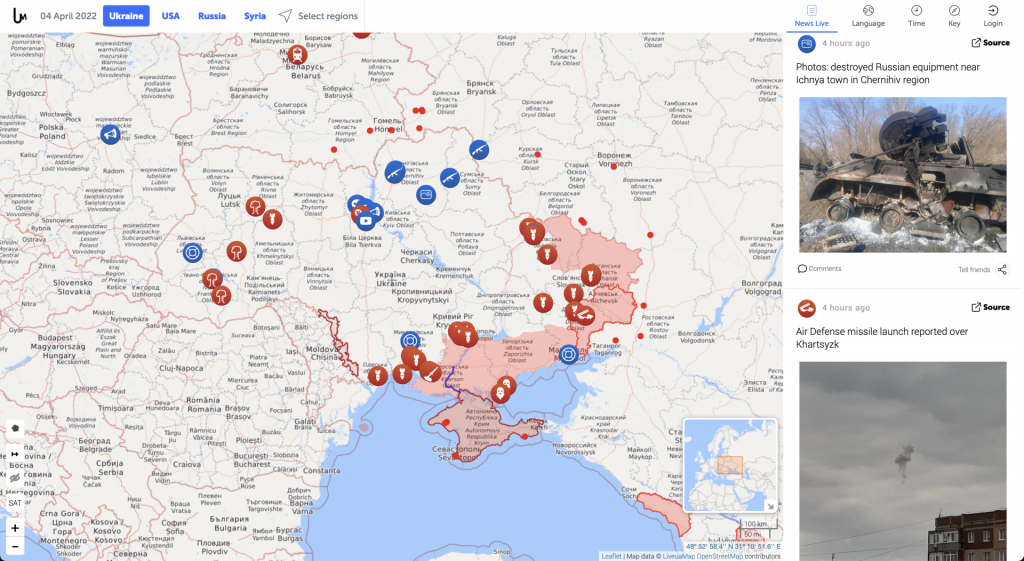 The Live Universal Awareness Map connects points on a constantly updated map to a social media-like feed of the latest news, photos and videos of events in and around Ukraine.

Humanitarian suffering. Russia's invasion created an immediate exodus of Ukrainians that only accelerated over time. According to the UNHCR, the UN refugee agency, more than 4.2 million civilians have left the country, and the UN's International Organization for Migration estimates that more than 6 million are internally displaced. These populations are escaping Russia's ongoing assaults on urban and civilian infrastructure, which have led to accusations of war crimes from world leaders and an investigation by the International Criminal Court. Numbers are never adequate to describe human suffering, but when news outlets juxtapose them with images in novel ways, the scale and misery of the humanitarian catastrophe is plain to see.

Doomscrolling social media is one way to absorb the totality of the annihilation in Ukraine. Another is to look at this compilation of footage verified by the New York Times, which says it shows how "everyday life for many people in Ukraine has been obliterated as Russia is investigated for potential war crimes."
To visualize the scale of the refugee crisis, nothing quite equals the artistry of Reuters' animated portrayal, which counts Ukrainians fleeing the country as millions of blue dots that coalesce into bar graphs comparing the migration to other recent crises.
Like Reuters, USA Today combines data with simple visuals of the people the data represents—in this case, stunning photographs of families on trains and children walking alongside cars packed full of refugees.

Picturing barbarity. Sometimes the most effective multimedia is the most traditional. The New York Times keeps a single page updated with the extraordinary images its first-rate photographers have captured of Ukraine these past few weeks. Scrolling through these seemingly endless photos of war is an unadorned interactive experience that can educate and appall, simultaneously.

Is the next pandemic brewing on the Netherlands’ poultry farms?

A lump of coal smudged the Democrats’ climate bill

VIDEO – Zelensky’s journey: A standup comic stands up to Putin