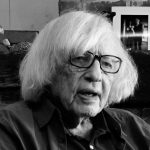 Robert Jay Lifton is a lecturer in psychiatry at Columbia University and Distinguished Professor Emeritus at The City University of New York. His books include Death in Life: Survivors of Hiroshima (University of North Carolina Press, 1991 [1968]) which won a National Book Award, Hiroshima in America: A Half-Century of Denial (with Greg Mitchell) (Harper Perennial, 1996), The Nazi Doctors: Medical Killing and the Psychology of Genocide (Basic Books, 1986) winner of the Los Angeles Book Prize, Witness to an Extreme Century: A Memoir (Free Press, Simon & Schuster, 2011), and most recently, The Climate Swerve: Reflections on Mind, Hope, and Survival (The New Press, 2017), and Losing Reality: On Cults, Cultism, and the Mindset of Political and Religious Zealotry (The New Press, 2019).

Mind and habitat: Nuclear and climate threats, and the possibility of hope

The dimensions of contemporary war and violence: How to reclaim humanity from a continuing revolution in the technology of killing