Atomic bomb survivors—A model for us in COVID-19 era

A vault within the Atomic Bomb Memorial Mound contains the ashes of Hiroshima victims cremated after the bombing. Remains of more than 800 have been identified but remain unclaimed. Thousands more remain unidentified. (Jeremy Carver / Creative Commons BY-NC-ND) https://flic.kr/p/8Ww79r

Survivors of Hiroshima are a dying population. People who were 20 years old at the time of the bomb would now be 96. The survivors still alive were mostly children then, and they too are dying out. Does this suggest that the message of hibakusha, the original survivors, has come to an end? I do not think so.

Consider the message that Hiroshima survivors have brought to the world. A history professor I interviewed during my 1962 study of hibakusha — “explosion-affected people” — described how, soon after the bomb, he looked down at the city from a high suburb: “Hiroshima had disappeared. … I was shocked by the sight. … Hiroshima didn’t exist — that was mainly what I saw — Hiroshima just didn’t exist.”

A physician, himself injured by the bomb, could not find words for what he witnessed: “I had to revise my meaning of the word destruction …. devastation may be a better word, but really I know of no word or words to describe the view from my twisted iron (hospital) bed.”

Witnesses who cannot be silenced. Hiroshima survivors have traveled around the world to convey this message of what I have called imagery of extinction. They have sought to make known the sense of world-ending destruction that only they have experienced.

Hibakusha, then, are prophetic survivors. They warn of the nuclear revolution in destructiveness. Hibakusha have energized antinuclear movements everywhere in ways that inform our continuous struggles with the weapons. Their story was crucial for the recent United Nations decision declaring the very possession of nuclear weapons to be illegal. Their legacy can at times be ignored or repressed, but it cannot be completely silenced.

RELATED:
How a dispute over sharing coronavirus genomes is threatening a vital tool for tracking variants

Because Hiroshima survivors are dying out, how can the legacy be sustained? That question arises with any large catastrophe, all the more so in connection with nuclear destruction. Much depends on future generations who embrace hibakusha narratives and then recreate them in ways that are relevant for their own historical moment. In that way the survivor legacy becomes generational, ever available to be recognized as a source of prophecy and potential wisdom.

This holds for new generations confronting any catastrophe. They can re-engage the legacy of the earlier event by bringing to it new images, moral imperatives and policies. The baseline for this generational reengagement is always the experience of actual survivors.

Today we are struggling with another survivor legacy: the COVID-19 pandemic. The pandemic has struck not just a particular city but the whole world, and has killed many times the number of people who died in Hiroshima. All of us who have stayed alive during this catastrophe can be considered survivors, though we do not necessarily use that term.

What is striking in our present catastrophe, however, is the refusal, for political reasons, of a large segment of the American population to acknowledge its full impact, or even its existence. Those who insist that there has been no catastrophe cannot experience themselves as survivors.

They also seek in many ways to interfere with the recognition of the lethal threat of the virus to everyone.

Learning from Hiroshima’s survivors. In Hiroshima, many remained silent, but no one claimed that a catastrophe had not occurred. Hiroshima survivors seized upon their sense of catastrophe and found wisdom in disseminating its dimensions to the world.

Americans today have much to learn from Hiroshima survivors. We, too, must embrace our own survivor state. In fact that is beginning to happen.Groups such as COVID Survivors for Change and Survivor Corps are emerging and raising questions—not only about their or their family’s illnesses, but also about the nature and source of the pandemic itself.

COVID-19 could also produce prophetic survivors whose direct experience of catastrophe might provide the wisdom we require. Survivors could then become, as in Hiroshima, a vanguard of collective renewal.

Hmmm. Perhaps it is to do with the inflation of “survivor” as a term. In Hiroshima and lived? Okay thats a survivor. But a professional survivor feels like a very poor point of viewwhere your authority and argument come from surviving death from a different weapon thatn othes. More people died in the post war expulsion of Germans across Europe. If you nearly died in Burma or Thailand from exhaustion, stavation and deprivation why is your voice more or less valuable. Or bombed anywwhere? Or conscrpted and killed? Why? The wisdom of Horoshima survivors always feels like so much special… Read more » 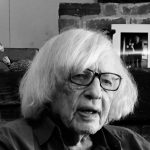 This project is part of a collaboration between the Bulletin of the Atomic Scientists and the Stanley Foundation.

ALSO IN THIS COLLECTION

The harrowing story of the Nagasaki bombing mission

Atomic bomb survivors—A model for us in COVID-19 era

Prominent nuclear scientists did not recommend the atomic bombings of Japan

A statement on the bombings of Hiroshima and Nagasaki

By Bulletin Science and Security Board