The Hampton Roads region of Virginia is home to 29 military facilities with over 100,000 military and 40,000 civilian personnel. It’s a strategic hub for military command centers such as the US Joint Forces Command and many others. And the southeast Virginia coastal region isn’t just an important area for bases and headquarters; it’s also a vital military manufacturing center that houses the only shipyard where US aircraft carriers are built and one of just two facilities that build US nuclear-powered submarines (Phillips 2019).

There are so many service members and so much military infrastructure in Hampton Roads that the former US Defense Secretary Lean Panetta once called it “the greatest concentration of military might in the world” (Panetta 2012). While the region’s bases, shipyards, and headquarters make it a potent symbol of military power, Hampton Roads faces an uphill battle against an ever-strengthening foe: climate change. 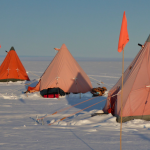 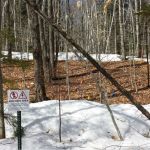