Editor’s note: This article is an introduction to a February 1959 issue of the Bulletin, assembled under the joint editorship of Martyl Langsdorf (who went professionally by her first name only), a Chicago artist who served as art editor of the Bulletin for many years and whose drawings enlivened its pages, and Cyril Stanley Smith, professor of metallurgy at the Institute for the Study of Metals, University of Chicago. It is republished here as part of our special issue commemorating the 75th year of the Bulletin.

This issue of the Bulletin had its origin in an art exhibition arranged at the University of Chicago in 1954, in which all of the works of “art” were taken from the laboratory where they had been produced in the course of normal scientific research. It was a success: It made artists aware of the visual and conceptual beauty of the scientist’s world, and made scientists aware of the degree to which aesthetic enjoyment entered into their own activity. The articles here collected are meant to explain and to bridge, but they do not say everything, and the reader must make his own contribution. Moreover, we narrowed the discussion to the visual arts, excluding music, dancing, and the literary and architectural arts despite their pertinence to the subject. Like an art exhibit contrasting different styles, the issue as a whole will make a deeper impression than any single article. The discussions of artistic creativity will be particularly interesting to scientist readers.

No one contends that mid-twentieth-century science and art are the same! There are many similarities apparent in the two creative fields—in art as in science it is discovery all along the way, making decisions, retaining what seems right, and discarding what seems wrong. The artist does create new ways of feeling, and the scientist creates new ways of knowing, but they are not mutually exclusive. The moment of creative conception seems to involve mental or psychological processes that are nearly identical in the two fields, however different may be their elaboration. In many contacts with humanist and scientific friends we have noticed only one consistent difference of professional attitudes-the scientists are jealous of their ideas; the humanists do not seem to mind if someone appropriates their ideas but are outraged by a plagiarism of form.

Developments in either field affect the substance of the other. The ever broadening and deepening world opened up by science reveals new patterns and new relationships for the artist to exploit both conceptually and materially, as witness new pigments, new processes, new materials for sculpture, and a new world view. Technology, following science, has made reproductions of works of art universally available and has, in Malraux’s phrase, given us a museum without walls, allowing enjoyment and comparison of works of art almost without limitations of time and space, while by changes of scale new levels of artistic appreciation are opened. Cameras, by enforcing selectivity, have served to sensitize the eyes of many tourists to aspects of the beauty of landscape and architecture that they did not notice before. And, conversely, the design and construction of precision scientific instruments provide an outlet for modem creative craftsmanship that parallels and often excels the work of jewelers, weavers, and ceramicists.

Most people agree that an important new idea is likely to arise in the now classic manner described by Poincare for mathematics and Lowes for poetry—a period of active saturation with the problem and present knowledge, followed by a period of quiescence, and a rather sudden moment of discovery. Scientists, however, usually insist that the period of active data gathering, and of concentrated, directed thought is more important than the fallow period. In both fields there are happy accidents, unpredictable achievements that were not sought, and in both for a period after the introduction of a new basic concept there is a stream of creativity stemming from faith in the concept. Sterility may eventually result and something new is needed to shake people’s minds loose from the old concepts so that a new cycle of development can begin. The basic concepts in art as well as science change from time to time; for example, the Greek, Gothic, or Renaissance styles, Cubism, Dada, the balance of art and nature have developed over the years. But beneath this, as discussed by McNear, there is a constancy of factual truth or essential elements which seems to transcend all periods and changing ideas. In science, observations or discoveries remain true within a known experimental accuracy. However, their interpretation may be changed, and in science but not in art, mediocre work can, by organization, be made to contribute toward great things.

The main incentive for both science and art is, surely, inner satisfaction. How often one hears scientists refer to their work as fun! But few men are satisfied with inner pleasure alone, and in both fields the conception of an idea is only the beginning of a less enjoyable (but no less necessary) stage of communication. It is here our two fields diverge strongly. The artist suggests by means of patterns and symbols that may not mean the same to all viewers, and he often suggests things that he himself is not entirely aware of. The scientist, conversely, tries to communicate exactly by measurement and operational symbols, and to mean no more than he says—though his mathematical methods will often relate to many other phenomena, and a new theory is likely to lead to changes in areas of science that its originator did not have in mind. The participation that he expects of his audience is to understand, not to extend his statements. The scientist, at least the physicist as he has developed since the days of Galileo and Newton, is limited to working at any one time with few and simple aspects of the world. Both experimentally and conceptually he attempts to exclude complications, which means that, for the moment, he ignores other interrelationships and lets the whole assembly look after itself. The artist, conversely, is concerned principally with complex relationships. He tries to say more than he knows, and to depend upon the active participation of his audience in developing the pattern. To be useful the scientist’s patterns must be simple abstractions of the incredibly complex world, and much of his skill appears in the validity of the approximations that he uses for mathematical facility. The danger of science comes from forgetting that approximations have been made, and so extrapolating too confidently beyond the realm of validity of the original concept. The artist exploits the wonderful capacity of the human mind to comprehend wholes without seeing the parts and to balance innumerable unspecified factors into a harmonious aggregate. (This he does by abstraction, for human beings shrink from really comprehensive systems. Man is always regretfully looking back to a paradise when things were simpler. But the artist’s abstractions are more nearly “whole” than the cells and skeletons of the scientist.) It is, of course, the scientist’s insistence on a definite result rather than a satisfactory solution, and his unwillingness to be limited as to method or by authority that make him so annoying.

Engineering in its broadest conception ought to combine the requirements and values of individual and social humanity with those of both art and science, yet in practice engineering tends to apply the method but lose the spirit of each. Architecture has succeeded to some extent (though we avert our eyes from our window as we write this). Some of the great eighteenth- and nineteenth-century engineers had breadth and balance, but perhaps simply by virtue of sheer number, spirit was largely lost as the profession expanded, and today the engineer is not commonly a man noted for his broad interests either in college or industry. But this, too, is changing and with the introduction of more basic science in the training of its students, engineering may rise to great heights, touching art and society on one hand, and the pure sciences and mathematics on the other.

The artist and the scientist share the problem of attracting young people on the basis of the opportunity for creativity in competition with the practical materialism of our age, although the method of training is different. It is an incredibly rare scientist who has not had basic training in a university, and he seems to be able to flourish entirely in this environment, while the artist must live in the world. He is helped by learning technique and art history, but he must search for things from the unconscious that will conform to his conscious intention; this cannot be learned in school, but it evolves with total experience in life.

Both artists and scientists have to face the question as to their social responsibility, for their product is powerful and can be misused, but it dies a-borning if it feels at once the weight of the future.

Prior to the eighteenth century the technologist-craftsman, lacking a detailed knowledge of the factors involved, worked intuitively to give a harmonious whole. These were the days “when art was science” as Rainey Bennett has said, and the tendency of science to merge again with art, to which he—we fear too hopefully—refers, must involve the growth of methods that can satisfactorily treat of wholes. Somewhere in the realm of art (though probably also in the most complicated sciences, such as old-fashioned biology or geology or even in some pseudo-sciences) there well may be hints as to ways of dealing with complexity which will make the science of the future simultaneously richer and more human than it is at present.

Martyl Langsdorf (who went professionally by her first name only) was a Chicago artist who served as art editor of the Bulletin for many... Read More

Cyril Stanley Smith was a professor of metallurgy at the Institute for the Study of Metals at the University of Chicago.... Read More

2012: An elemental force: Uranium production in Africa, and what it means to be nuclear 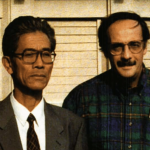 Nuclear Notebook: How many nuclear weapons does Pakistan have in 2021?

The history of nuclear power’s imagined future: Plutonium’s journey from asset to waste