The USS Tennessee was the first US nuclear-armed submarine to go on operational patrol with the new low-yield warhead. Photo credit: US Navy.

The USS Tennessee was the first US nuclear-armed submarine to go on operational patrol with the new low-yield warhead. Photo credit: US Navy.

At the end of 2019, US ballistic missile submarines went to sea carrying a new nuclear warhead, the W76-2. A so-called “nonstrategic nuclear weapon” with a yield of less than 10 kilotons, the W76-2 is intended to disabuse Russian and Chinese leaders of the belief that they could successfully “escalate to deescalate” a conventional conflict through first use of a similarly low-yield nuclear weapon (US Defense Department 2018). The Trump administration has chosen this weapon system (and an as-yet undeveloped stealthy sea-launched cruise missile) as a flexible, tailored response to nuclear aggression. But the W76-2 has been deployed at a time when advances in conventional technologies for both offense and defense are reshaping the strategic landscape.

President-elect Joe Biden should interrogate this issue by asking a simple but penetrating question of offense and defense: Can a W76-2 “survive” until it reaches its target? As the Biden administration assesses the nuclear arsenal, the broader national defense program, and the fiscal tradeoffs of a post-COVID government, it should consider shelving the W76-2 in favor of more advanced, flexible, and precise emerging conventional capabilities. The process of assessing the W76-2 could present an opportunity for Biden to rebalance the US portfolio of nonstrategic nuclear weapons and, in turn, alter nuclear competition with Russia and China. 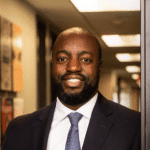 David N. Zikusoka is a research fellow at the Center for Strategic and Budgetary Assessments. He previously served in positions at the White House,... Read More

Nuclear Notebook: How many nuclear weapons does Pakistan have in 2021?