Proponents of quick action to address climate change sometimes project an enthusiasm for achieving a no-carbon future that oversimplifies the effort required to do so. As the 350.org website puts it, “We need to take power away from the fossil fuel industry that created the climate crisis in the first place and put it into the hands of the people.”

Organizing to combat the political power of industries that make money in carbon-intensive ways—and intend to keep on making money in that fashion—is indeed a necessary part of the effort to change the world’s energy systems so they produce very nearly zero emissions of carbon dioxide. But the transition itself will not be straightforward; it will of necessity be many-faceted, wrenching, and vast, and, like any fundamental change in national and international economics, it will create countless winners and losers, at the national, industrial, and personal levels. The changes the world underwent as coal and steam powered an industrial revolution, and then as oil and the internal combustion engine drove a wholesale reimagination of transportation, were profound. The impacts of the more recent digital revolution are playing out before our eyes. As the horse-buggy manufacturers, steam locomotive builders, and typewriter factory workers of the past have learned, technological transformations create economic growth atop the corpses of the technologies they supplant.

If the nations of the world manage to cooperate and reduce greenhouse gas emissions nearly to zero in the next few decades, thereby arresting climate change, they will have implemented the most far-reaching technological and economic revolution the world has ever seen. Energy systems built on coal, oil, and natural gas—energy systems that have provided nations and corporations with enormous wealth and inhabited the center of world power structures for a century or more—will disappear or be radically reformed. Other, low- or no-carbon energy systems will replace them, creating new financial winners. Inevitably, some former corporate household names will be unable, unwilling, or simply too slow to adjust. They will disappear, and—in a reality that is perhaps underappreciated in many discussions of climate change action—so will hundreds of thousands jobs related to the production, refining, and distribution of fossil fuels.

This enormous energy transformation, in which large numbers of companies and jobs will be destroyed as others are created, is absolutely necessary if the enormous economic and human damages of unchecked climate change are to be avoided. The cost of averting climate change is far lower than the cost of adjusting to it endlessly into the future. Just the same, the shift to a no-carbon world will create real hardships that need to be anticipated if they are to be managed and, as much as possible, minimized.

In this issue, we asked five experts to offer their advice on smoothing the transition to a truly green economy:

A failure to move economies around the world to a near-zero emissions framework over the next several decades would be disastrous for Earth’s climate, inflicting on future generations a world of ever-increasing sea levels, wildfires, droughts, and extreme weather events. But a failure to attend properly to the fortunes of the workers and businesses that will be negatively affected by a zero-emissions transition would be both cruel and counterproductive. The path toward a zero carbon world will be smoother, the fairer it is to those who will be disadvantaged by it. 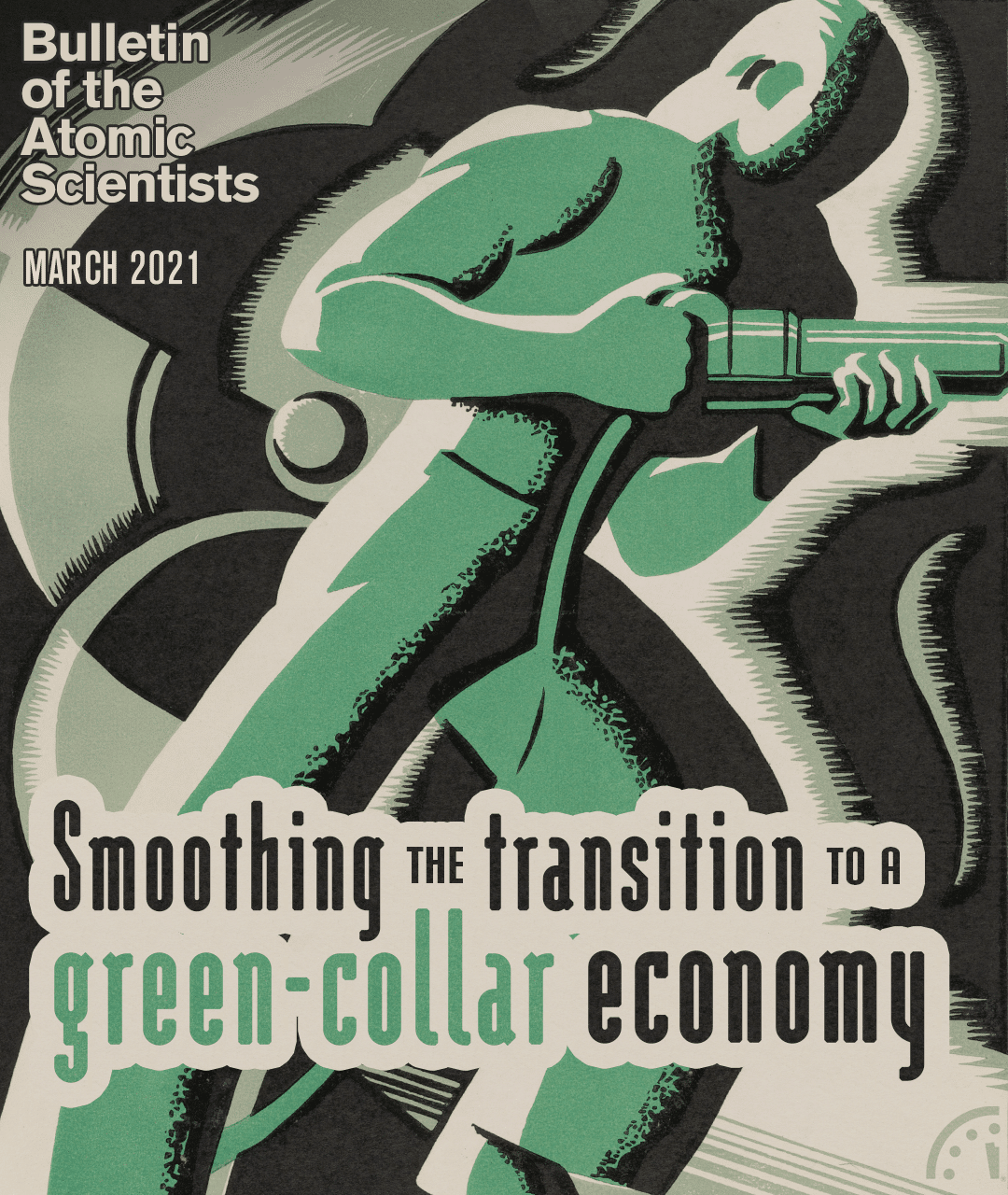 Introduction: Why some renewable technologies will perish—and others succeed

Why will some promising renewables technologies enter a “Valley of Death,” from which they never emerge?

Renewable ammonia: the future of fuels?

Interview with Samuel West, founder of the Museum of Failure

How bitcoin makes burning fossil fuels more profitable than ever