Premium subscribers will get the Bulletin of the Atomic Scientists digital magazine, which publishes six times a year. You'll also get our newsletter and access to our archive, which contains every article published since 1945.

The Bulletin covers nuclear issues, climate change and disruptive technologies. We are also the nonprofit behind the iconic Doomsday Clock, which has been called “the most powerful piece of information design of the 20th century.”

Become a premium subscriber today. The Clock is ticking.

Firefox user? Please turn off Enhanced Tracking Protection or switch to a different browser to allow the subscription popup to appear.

"Essential, informative, and trustworthy—the Bulletin helps readers understand man-made risks to human existence and how to help combat them." 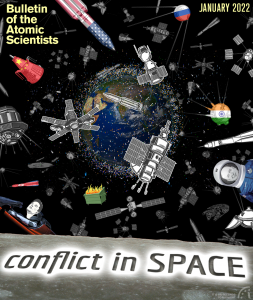 Get the Bulletin digital magazine, newsletter, and access to the archive for less than
$5 a month

Over 75 years of magazine covers