The Ford Nucleon, nuclear-powered car of the future

“Atomic” fever swept America in the 1950s, shaping people’s hopes and fears and inspiring daring new dreams. The “atomic” future seemed boundless when nuclear energy began powering the nation’s cities, and the promise of nuclear medicine was beginning to emerge.

From cars to comic books, few aspects of the American landscape were untouched by the heady promises of the atomic age. Ford Motor Company produced its futuristic Nucleon design study car in 1958, not long after Pittsburgh’s residents began receiving electricity from the world’s first full-scale nuclear power plant.

Designers envisioned that the Ford Nucleon’s nuclear reactor would be located in the rear of the vehicle and that the reactor’s atomic core would be recharged periodically. This “replaceable power package” would be available in various sizes, enabling “the driver to select his own horsepower.” 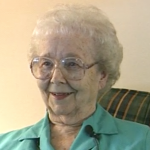 Join us for The Artificial Intelligence Era: What will the future look like?