The cover of 'Trinity: A Graphic History of the First Atomic Bomb,' a graphic novel by Jonathan Fetter-Vorm.

Jonathan Fetter-Vorm's graphic novel explores the historical development and testing of the first atomic bomb, codenamed Trinity, by scientists including Leo Szilard, who was inspired after reading H.G. Wells’ “The World Set Free.”

"One of the things I was most intimidated by was the prospect of drawing what the explosion looked like in the first fractions of a second after detonation. Engineers invented high-speed cameras to document the blast, and the images that they recorded are uncanny and haunting," Fetter-Vorm told the Huffington Post in 2012.  "I couldn’t imagine a way to improve upon the photographs that the government took."

He continued: "That said, the images that proved the most difficult were the depictions of the effect of the atomic blast on the people of Japan. I wanted to represent the Japanese perspective, to be faithful to the horrifying testimony of the survivors of the bombings, but I was also wary of how easy it would be for my drawings to come across like just another zombie comic. I struggled with this for most of the time that I worked on the book, and I didn’t settle on a solution until maybe a day before the final draft was due."

Look below for a sample of an inside page, plus a video interview with Fetter-Vorm. 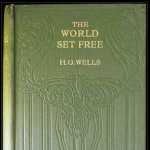 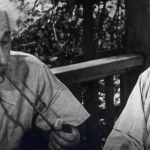 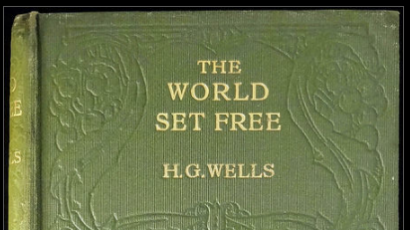