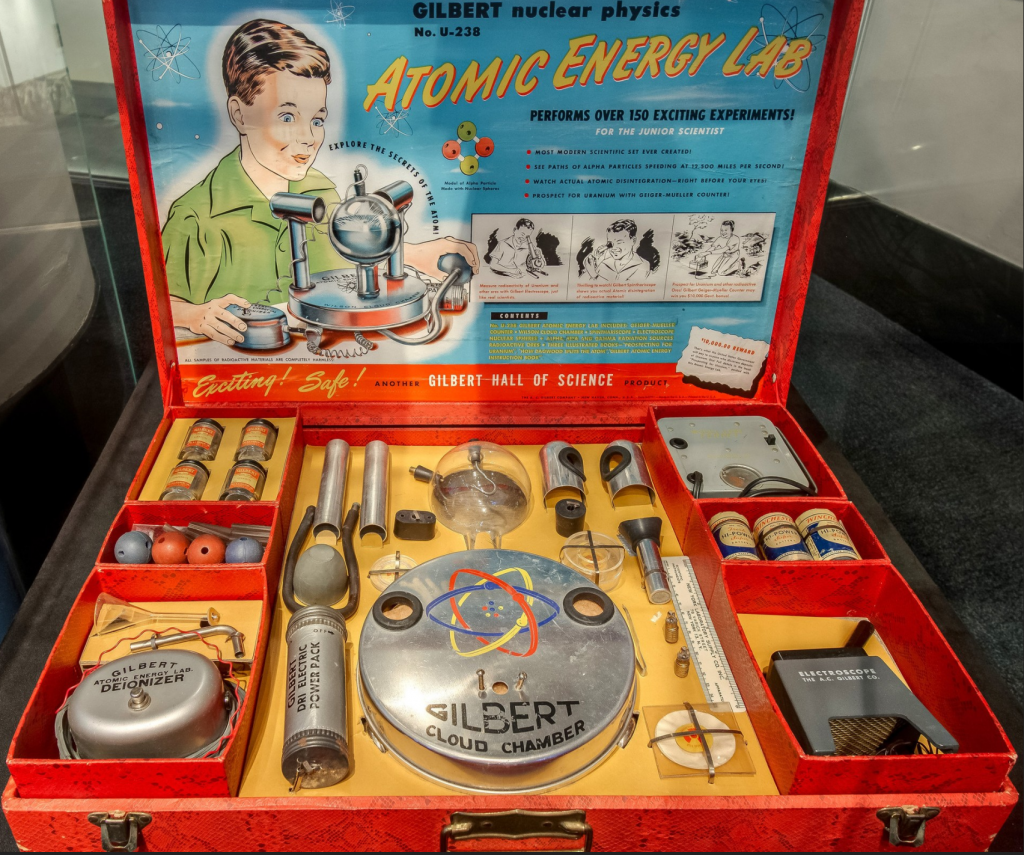 The Gilbert U-238 Atomic Energy Lab is a toy lab set that was produced by Alfred Carlton Gilbert in 1950.

The Gilbert U-238 Atomic Energy Lab was an actual radioactive toy and learning set sold in the early 1950s. The $49.50 set came with four samples of uranium-bearing ores (autunite, torbernite, uraninite, and carnotite), as well as a Geiger-Mueller radiation counter and various other tools.

The set also came with a comic book featuring Dagwood from the popular Blondie comic strip. It was titled "Learn How Dagwood Splits the Atom" and written in conjunction with General Leslie Groves, director of the Manhattan Project.

Radar Magazine dubbed the Atomic Energy Lab one of "the 10 most dangerous toys of all time" in 2006.