Russian President Vladimir Putin meeting with US President Donald Trump on the sidelines of a G20 meeting in Hamburg on July 7, 2017. Credit: Kremlin Presidential Executive Office

In a squat, low-slung building in St. Petersburg, Russia, the staff of the Internet Research Agency, a Russian-government associated organization, crafted a doozy of a marketing campaign, one replete with a complex ecosystem of fake social media accounts, links to legitimate websites, and perhaps even a “think tank-style” publication. The goal was much grander than typical brand promotion. It was to tip the US presidential election to Donald Trump.

The US Senate Intelligence Committee on Monday released two new reports analyzing the trove of data that social media companies provided the committee on the Internet Research Agency’s activities. While the press has largely traced the general contours of the now infamous Russian campaign to impact the 2016 election, the new reports paint a comprehensive picture of how the Russians targeted black Americans, created digital ecosystems around propaganda sites, and utilized platforms like Instagram and YouTube.

Oxford University’s Computational Propaganda Research Project boils a key part of the Internet Research Agency’s strategy down to this: “What is clear is that all of the messaging clearly sought to benefit the Republican Party—and specifically, Donald Trump.” According to Oxford’s report, the agency pursued that goal by mentioning Trump in “campaigns targeting conservatives and rightwing voters, where the messaging encouraged these groups to support his campaign.” On the flip side, the groups of Americans who could threaten Trump’s election were targeted with “messaging that sought to confuse, distract, and ultimately discourage” voting.

The Internet Research Agency got behind Trump early during the contests to pick a Republican nominee, disparaging other candidates like Lindsay Graham, according to the second report by New Knowledge, a cybersecurity firm. Most content was on divisive issues like race, but “substantial portions of the political content was anti-Hillary Clinton,” who was Trump’s Democratic opponent. On Facebook there was no pro-Clinton material save one event that promoted a rally. Even the page that hosted that event largely featured anti-Clinton messaging. According to the report, 6 percent of Twitter posts, 18 percent of Instagram posts, and 7 percent of Facebook posts referred to Trump or Clinton.

The New Knowledge report details the Internet Research Agency’s sophisticated marketing techniques, saying the organization “operated like a digital marketing agency.” It had a strategy to “develop a brand (both visual and voice), build presences on all channels across the entire social ecosystem, and grow an audience with paid ads as well as partnerships, influencers, and link-sharing.”

New Knowledge lumps the Russian campaigns into three categories: material targeted to the black audience, the liberal audience, and the conservative audience. While the Internet Research Agency targeted other groups with a social media page or two, it directed an array of dozens at the black audience.

“The themes selected by the [Internet Research Agency] IRA were deployed to create and reinforce tribalism within each targeted community,” write the authors. “In a majority of the posts created on a given page or account, the IRA simply reinforced in-group camaraderie. They punctuated cultural-affinity content with political posts, and content demonizing out-groups.”

The New Knowledge report dubs one sophisticated operation targeting black Americans as Black Matters. The effort involved a website and several associated social media profiles. These were linked to other pages targeting the black audience and even to “authentic” black media entities creating a so-called media mirage. This approach gave the Internet Research Agency the ability to expose its audience to repetitive messaging and to appear legitimate.

A New York Times article on the reports notes the tactics of the Internet Research Agency targeting black Americans recalls “Soviet propaganda efforts from decades ago that often highlighted racism and racial conflict in the United States.”

The Russian campaign made heavy use of Instagram, a Facebook-owned platform. The New Knowledge report notes that Facebook executives seemed to obscure the prominence of Instagram during congressional testimony. According to the authors, there were 187 million Instagram engagements, with Facebook estimating that these involved 20 million users. On Facebook itself, there were 76.5 million engagements. The operation reached 126 million Facebook users.

The Internet Research Agency may have even been involved in a “think tank-style” outlet. The New Knowledge report writes that the page, “previously unattributed to the IRA but included in the [Google parent-company] data, was GI Analytics, a geopolitics blog with an international masthead that included American authors.”

The Senate Intelligence Committee continues to investigate Russian interference during the 2016 election. In a press release, the committee chairman, Sen. Richard Burr, a Republican, says the reports show how “aggressively Russia sought to divide Americans by race, religion, and ideology.” His Democratic counterpart, Sen. Mark Warner, calls for “guardrails” on social media.

Among the troubling findings in the New Knowledge report is that the material created by the Internet Research Agency lives on: “Extensive amounts of IRA content continue to circulate, particularly memes. Users can still share propaganda from known Russian front website content to social platforms.” 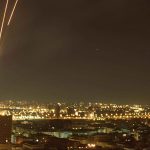