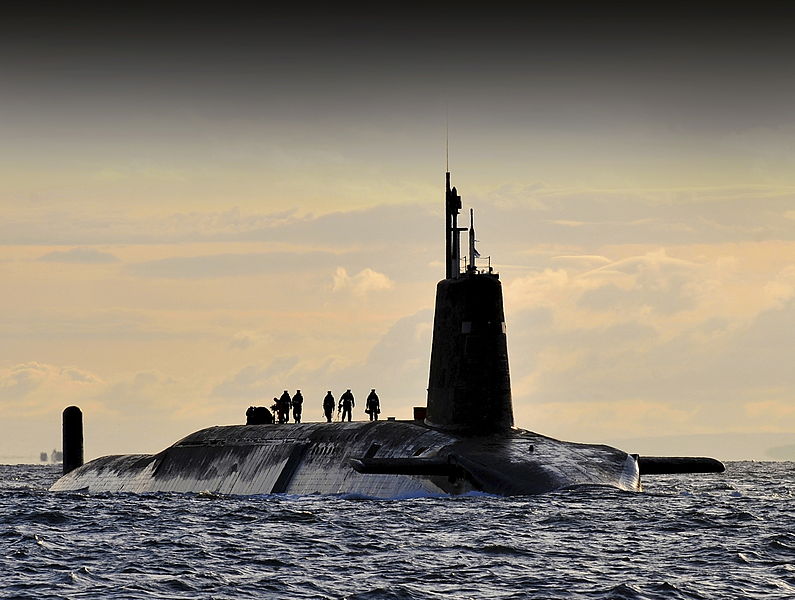 US House Speaker Nancy Pelosi got the 2021 nuclear year off to a rousing start when she—for good reason—spoke with the chairman of the Joint Chiefs of Staff about “preventing an unstable president from initiating military hostilities or accessing the [nuclear] launch codes.” On a brighter note, that same month the Treaty on the Prohibition of Nuclear Weapons entered into force, though none of the nuclear states have signed.

In February, George Shultz, one of President Ronald Reagan’s most trusted advisors during the Cold War, passed away. “If I could choose one American to whom I would entrust the nation’s fate in a crisis,” Henry Kissinger once said, “it would be George Shultz.”

In March, all eyes turned to North Korea’s short-range ballistic missile tests, which violated UN Security Council resolutions and threatened South Korea and the world. The month also marked the 10th anniversary of the Fukushima nuclear disaster, prompting some concerned scientists to remind the public and policymakers that a similar incident could happen again. This year also marked 75 years since the United States tested nuclear bombs in the Marshall Islands, though the country has yet to right the wrongs committed against the Marshallese people and their land.

In April, the United Kingdom raised its nuclear stockpile limits, “reversing two decades of progress towards a smaller and more transparent UK arsenal.” Also in April, Iran’s Natanz nuclear facility was sabotaged—allegedly by Israel—amid talks on reviving the Iran nuclear deal. Meanwhile, Japan announced a plan for releasing Fukushima’s wastewater into the sea, even before reestablishing public trust in that process.

In June, Russian President Vladimir Putin and US President Joe Biden injected the nuclear landscape with a dose of cautious optimism when they reaffirmed the Reagan-Gorbechev statement that a nuclear war cannot be won and must never be fought. Those at the US National Nuclear Security Administration must have been whistling while looking at their shoes, the sky, or anywhere but their $505 billion expenditures for sustaining and modernizing nuclear warheads and production facilities.

Also, in June, Russia criminalized a US educational exchange program, leaving many academics and scientists deeply concerned about the fate of similar programs between the two adversaries. After all, intellectual and cultural exchanges continued even in the depths of the Cold War.

RELATED:
The new US nuclear posture review is a major step backward

Before June ended, researchers had announced their discovery—via satellite images—of what appear to be hundreds of new missile silos in Central China. Ever since, nuclear experts have speculated on China’s motives, which may include assuring second-strike or escalation-management capabilities.

North Korea—not to be outdone—appeared to have restarted a nuclear reactor in August. An International Atomic Energy Agency report called the development “deeply troubling,” for it suggests the country may be at work expanding its nuclear arsenal.

Then, in September, the United Kingdom and the United States made a blockbuster announcement that they would share naval nuclear-propulsion technology with Australia—a decision an observer dubbed a “terrible decision for the nonproliferation regime.”

The nuclear year rounded out in December when Iran and the world powers met for ongoing nuclear deal talks. No doubt talks are welcome, though few are optimistic about the trajectory given the many hurdles. First, the parties would need to uphold their nuclear deal obligations—a challenge that has proved nontrivial in the past. Then, they need a plan to stay the course.

Throughout the year, the nuclear community continued to reckon with its role in upholding societal structures of systemic and institutional racism, with growing awareness that progress requires proactivity and specificity about goals.

Those are the play-by-play highlights of the nuclear year in review, but what about the big picture? Below are five nuclear stories published in the Bulletin this year that we expect to endure. The final story ends on an optimistic note—because even those focused on nuclear risk should be able to dream.

Why is America getting a new $100 billion nuclear weapon?

The United States plans to build a new, exorbitantly priced intercontinental ballistic missile for historical and political reasons—but also economic ones. Citizens in the region count on the jobs that defense companies bring. In this setting, their elected officials accept campaign donations from defense companies. This real-life cautionary tale brings to light what happens when defense spending is a region’s only economic lifeline.

An existential discussion: What is the probability of nuclear war?

By Vinton Cerf and Martin Hellman

RELATED:
Russia’s economy is much more than a “big gas station.” Under sanctions, that’s now its biggest problem.

“Father of the internet” Vinton Cerf and “father of public key cryptography” Martin Hellman are old friends and computing pioneers who agree that the world needs to understand nuclear risk. However, they disagree about the best means for understanding the likelihood of a nuclear war. In these side-by-side opinion pieces, Cerf and Hellman present their opposing views. This spirited, respectful debate reminds readers of the role that persuasive arguments may play in public life, especially those that appeal to both rational and emotional sides.

The untold story of the world’s biggest nuclear bomb

Sixty years ago, Russia detonated the world’s largest nuclear bomb, known as Tsar Bomba, or “emperor bomb.” The blast was thousands of times more powerful than the atomic bomb the United States dropped on Hiroshima and 40 times more powerful than the largest nuclear weapon in the US arsenal today. At the time, the United States downplayed concern about the colossal Tsar Bomba—all while secretly working on a “superbomb” of its own. This story exposes the secret history of the world’s largest nuclear detonation and offers “a potent example of how nationalism, fear, and high-technology can combine in a fashion that is ultimately dangerous, wasteful, and pointless.”

This year, two nongovernmental organizations disclosed construction of what appears to be hundreds of new missile silos in central China. How many silos? Why is China building so many? What does it mean for Chinese nuclear policy? And what should the world do about it? Beyond insight into to the answers to these questions, this story offers a case study in how researchers may now leverage civilian satellite imagery to break news about emerging nuclear risk in countries that previously hid activity in remote regions.

Peaceful societies are not utopian fantasy. They exist.

The existence of tribes, nations, and other social systems comprised of non-warring neighbors demonstrates that living without war is possible. Could emulating the features of existing non-warring systems provide insights and methods for turning back the Doomsday Clock?