Even Republicans worry climate change could impact their favorite foods

Many people take for granted that cup of coffee first thing in the morning. Or maybe you’re a tea drinker. Unfortunately, we have some bad news for you, too.

When it comes to the climate crisis, stories about melting glaciers, rising seas, and extreme heat dominate headlines. But climate change is also threatening the foods people need and love. For example, the acreage suitable for global coffee production will shrink by half as temperatures continue to rise. Coffee prices will increase, and choices decline. The flavors of teas and wines are already changing and the “angel’s share”—the millions of gallons of whisky lost to evaporation each year—will likely increase. Sushi rice, almost all of which comes from California, has been hit hard by the ongoing western megadrought. Globally, the nutritional quality of staple crops like wheat and rice are declining as atmospheric carbon dioxide levels increase. A recent Intergovernmental Panel on Climate Change report predicts that climate crisis will exacerbate food insecurity for millions of people as droughts, floods, and heatwaves increase in frequency and intensity, leading to widespread hunger and famine.

How does the public feel about this? Our new research shows that Americans are highly concerned about the impacts of climate change on food. This is true even of Republicans, a group that is typically viewed as relatively unconcerned or dismissive about climate change. While the recently passed landmark climate change legislation means the United States is finally acting on climate at the federal level, the bill’s fierce opposition from Republican lawmakers underscores the continuing divisiveness of the issue. Our data suggest that food may be an untapped tool for activists, politicians, and everyday Americans seeking to move the dial on climate action and close the gap in emissions reductions necessary to meet the Paris agreement. Food could be the wake-up call the country still needs.

To understand Americans’ concerns about the impacts that climate change is having on food, we conducted an online survey of 1,090 United States adults recruited through Verasight using address-based sampling and online advertisements. The data were collected from May 11 to May 23, 2022. Respondents first read a short paragraph describing different impacts that climate change is having in the world before answering a list of questions.

RELATED:
The world just got serious about dealing with climate damage

For instance, when asked “How concerned are you that climate change will affect your food choices?” 73 percent said they were very or fairly concerned—the categories of highest concern (only 27 percent said they were not at all or not too concerned). Notably, concern was high among Democrats and Republicans alike, with 86 percent of Democrats and 61 percent of Republicans saying they were very or fairly concerned.

How do concerns about food impacts rank against other climate impacts? Quite highly. When asked, “Which of the following impacts of climate change concerns you the most?” 28 percent chose “melting glaciers and sea-level rise,” 46 percent chose “threats to plant and animal species,” and 26 percent chose “reduced quality and supply of my favorite foods.” In other words, concern about food impacts was comparable to concern about impacts that are discussed more often. Once again, sizable numbers of both Democrats (20 percent) and Republicans (36 percent) chose food impacts as their most-concerning climate impact. Among Republicans, it even outranked “melting glaciers and sea-level rise” (21 percent). This suggests that worry over food impacts may be a promising way to engage people who might otherwise be more hesitant to act on climate change.

Finally, when it comes to impacts on food, which ones are Americans most concerned about? When asked, “If you had to choose, which one of the following foods or beverages would you most like to see protected from the negative effects of climate change?” coffee ranked first, with 47 percent selecting it from a list that included chocolate (39 percent), beer (9 percent), and wine (5 percent). This is consistent with other surveys demonstrating coffee’s strong popularity in the United States, which find that two-thirds of Americans report drinking it daily. Once again, concern about impacts on coffee was bipartisan, with 50 percent of Democrats and 46 percent of Republicans selecting it as the food or beverage they would most like to see protected from climate change.

RELATED:
Gone with the winds? What happens if there is a 'global terrestrial stilling'

Overall, our survey suggests that food may be an underappreciated means for raising awareness and action on climate change, even across political lines. And given that the most recent Intergovernmental Panel on Climate Change report makes clear that the world must act quickly, making the connection between climate change and food for the 332 million daily eaters in the United States could be just what is needed. And a good place to start is by talking about it, since talking to friends and family about climate change is thought to lead to more acceptance of climate science and to inspire climate action. Climate change is currently only rarely discussed by two-thirds of American adults.

In sharp contrast, food is discussed much more often: 75 percent of respondents in our survey reported talking about food often or occasionally. This points to an untapped opportunity for more conversations about climate change. By weaving climate change into conversations about food that Americans are already having, it could become an everyday topic of discussion for millions more and inspire the actions that scientists warn are necessary to avert the most dire consequences of climate change.

The next quarter profit rules all actions of the petroleum companies, who have just turned in historic profits– right now. The most earned of any industry in the history of the world. To shape an entire US populations opinion? pennies on the dollar.

Mike Hoffmann dedicates all of his time to the grand challenge of climate change and helps people understand and appreciate what is happening through... Read More 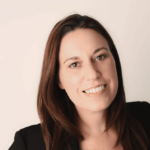 Danielle L. Eiseman, Ph.D., teaches in the Cornell Brooks MPA program at Cornell University, where she is an instructor for the Consulting, Program... Read More 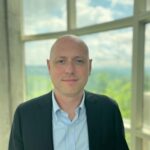 Jonathon P. Schuldt is an Associate Professor in the Department of Communication at Cornell University and Executive Director of the Roper Center for... Read More