Of late, the news has been full of stories in which governments, businesses, scientists, environmentalists, and journalists assert the need to reduce the world’s carbon dioxide emissions to “net zero” by sometime in the middle of this century. For that kind of serious climate change action to happen, it has to, well, happen. If it is to occur, the transition away from fossil fuels and toward low- and no-carbon energy systems will of needs be a practical process, largely guided by governments and businesses and the people who run them. Discrete policies will have to be enacted, specific actions taken.

Awakened populations can and should demand those policies and actions, of course. Still, government officials and other decision-makers are the ones who will have to decide in favor of a transition away from fossil fuels, and once they have, that transition will have to be implemented and managed in the real world.

From ourworlddata.org, the following: “The world’s largest per capita CO2 emitters are the major oil producing countries; this is particularly true for those with relatively low population size. Most are in the Middle East: In 2017 Qatar had the highest emissions at 49 tonnes (t) per person, followed by Trinidad and Tobago (30t); Kuwait (25t); United Arab Emirates (25t); Brunei (24t); Bahrain (23t) and Saudi Arabia (19t). However, many of the major oil producers have a relatively small population meaning their total annual emissions are low. More populous countries with some of the highest per capita emissions – and therefore… Read more »

However the pandemic unfolds, it’s time for oil use to peak—and society to prepare for the fallout

Why US-Saudi Arabia relations will continue to be close, even when climate action reduces demand for oil 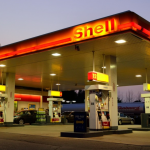