Introduction: How to dial back a disinformation dystopia

Since 2018, the Bulletin’s Science and Security Board has explicitly included internet disinformation in its deliberations[1] on setting[2] the Doomsday Clock[3], noting that disinformation acts as a threat multiplier, exacerbating the dangers of nuclear weapons and climate change and undermining democracy. In the past year, the deleterious effects of internet-based conspiracy theories have become especially and alarmingly evident in regard to the COVID-19 pandemic, leading the World Health Organization to use the term “infodemic” in describing the tsunami of coronavirus disinformation that has washed over the world.

There is no silver bullet that will set the 21st century information ecosystem right, driving the sordid fantasies of QAnon, anti-vaccination anti-science, stolen-election propaganda, and other digital lies to extinction. Whichever American coined the phrase “there’s a sucker born every minute” was, after all, probably understating 19th century reality by at least an order of magnitude. And in our era, the power of globally networked digital technology has favored hucksters of all kinds and made humanity’s credulity dilemma markedly worse.

But the management of difficult problems is a Bulletin forte, and in this issue, we asked a range of experts for their thoughts on how to at least begin to limit the worst effects of internet-based mis- and disinformation on public discourse and public policy:

The fight against internet-enabled disinformation will be Sisyphean in nature. Lies spread faster than truth; conspiracy theories are made to metastasize. But facts will win the day in the end, if enough people of good will decide to defend them in thoughtful, persistent ways. This outcome is as certain, in my mind, as the Eastern sunrise.

This will continue as a long as 1% have all the wealth. Wealth disparity is a large part of the problem. Why should one trust people whose shirt cost the same as their monthly rent.

You seem to be saying that our biggest problem is grass root movements spreading misinformation. It is a big problem. But an even bigger problem is government and mainstream media spreading their own lies (such as there being weapons of mass destruction in Iraq). In doing so they have lost the credibility they need to counter the other. 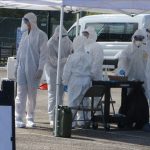